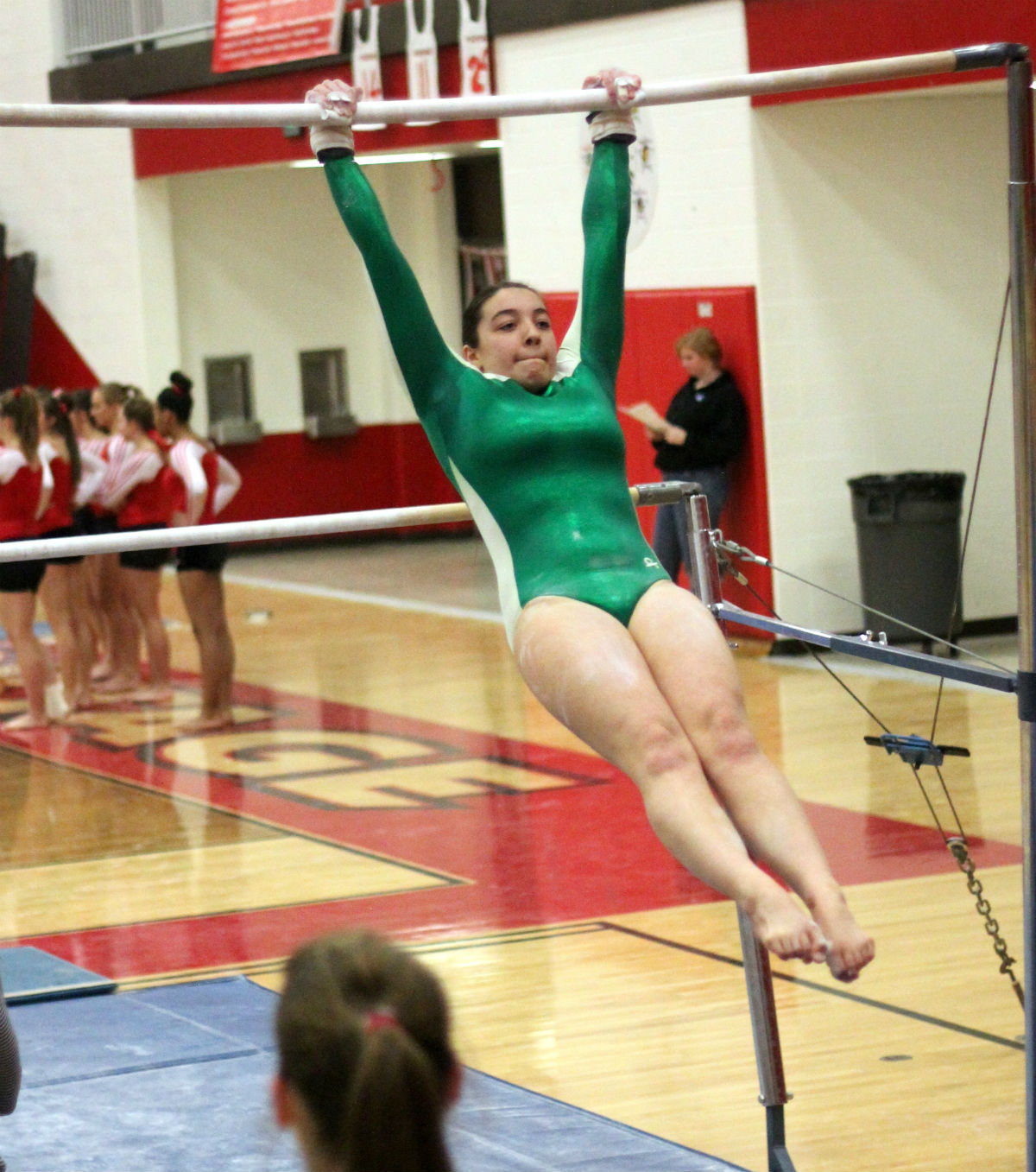 The Vikes performed consistently well throughout the meet, but they were .475 points behind after the third rotation. The floor lineup of Sydney Intagliata, Hanna Wilson, Rushelle Miller (5th place), and Lia Milroy (6th) outscored runner up Bishop Dwenger by over a point on the last event to win the title.

Valpo was ranked #1 in the state throughout the season, a tribute to the depth of the team. This is the 10th team title for VHS, a state record.

Lia Milroy had another outstanding competition,placing second All-Around, third on Uneven Bars, and 6th on Vault in addition to her floor performance.

Congratulations to all of the team members for their part in Making it Happen in 2014!