Not being familiar with another culture can often lead to misconceptions; for female students at the high school that wear hijabs, a veil that covers the head and chest, these misconceptions can cause difficulties at school. Seniors Lindsey Walsh and Sarah Kawamleh saw this as a problem and decided to lead a respectful and educational event to help the students of VHS understand Islam and its practices. They created a Facebook event called “Wear a Hijab Day” and the rest went from there.

As president of the diversity club Socially Together and Naturally Diverse (STAND), Walsh recognized the religious intolerance around her. She teamed up with Kawamleh, President of Muslim Student Alliance (MSA).

“Wear a Hijab Day is a day to help educate others on a different way of life and to help promote religious tolerance and a safe environment for education,” Walsh said. “I thought it would be important to have this event because STAND is all about promoting diversity and creating avenues with others to learn about this diversity. There has been a lot of negative news lately about Muslims and I thought it it was STAND’s job to help combat that negativity.” 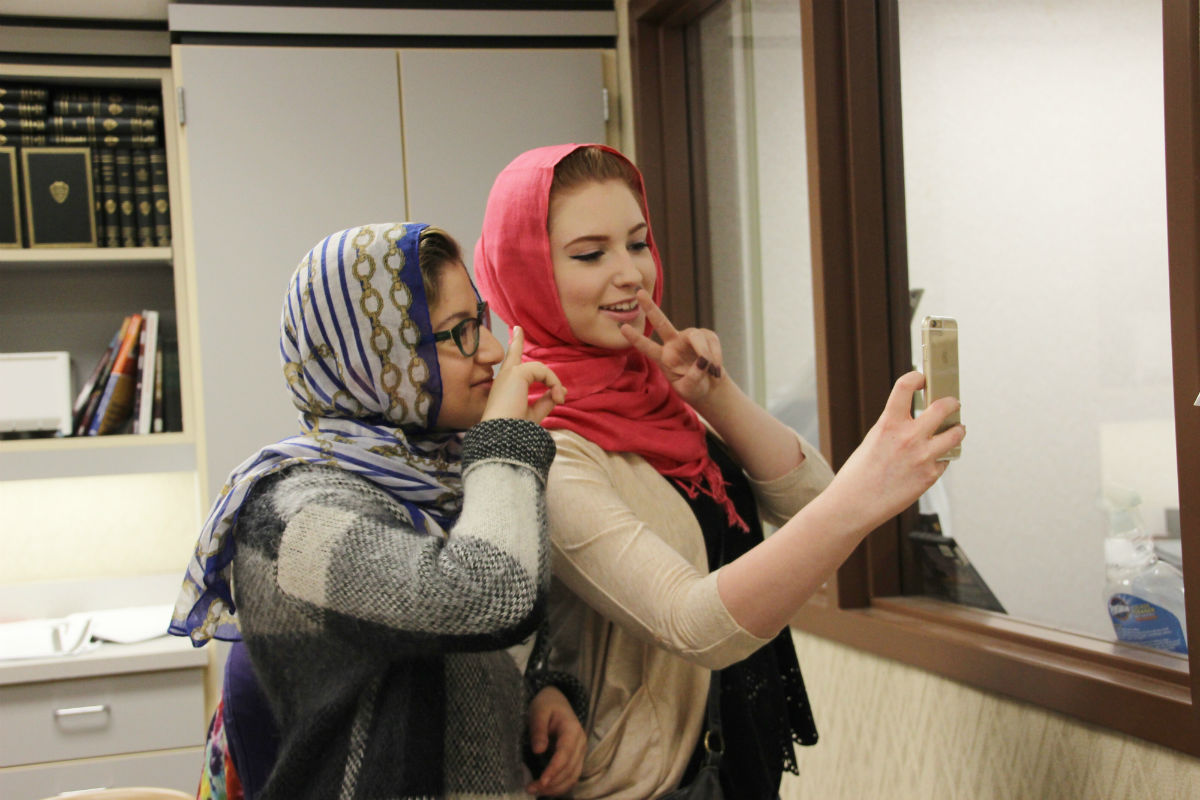 As a symbol of one’s devotion to God, the hijab is traditionally worn by Muslim women once they hit puberty. A practicing Muslim herself, Kawamleh has been wearing a hijab since the age of 12.

“A reason that I wear the hijab is that, contrary to belief, it is a feminist statement,” said Kawamleh. “It visibly states that I do not have to be dressed inappropriately to be noticed and that the outer appearance should not determine a person’s worth. The hijab is not oppressive at all. It is intended to liberate a Muslim women from the societal expectations constantly thrown at her.”

Walsh and Kawamleh may seem like an unlikely pair for the job of tackling religious intolerance of Muslims considering Walsh is a practicing Christian who attends Valparaiso Nazarene Church.

“I was always taught in my church that God loves everyone and so should I,” said Walsh. “I might disagree with someone, but that doesn't mean that they have any less of a right to a safe environment. One of my favorite quotes is ‘When choosing between being right and being kind, choose kind.’ I think that school is the perfect place to live that out.”

Wednesday morning, a little over thirty female students met to put on scarves provided for them. They also sported a button that read #WearAHijabDay to let everyone know that they were wearing the hijab in a respectful manner. Principal Dr Reid Amones and Associate Superintendent Julie Lauck surprised the participating students at the meeting to provide words of encouragement.

“I think what we look for is that we try to let kids know in general that we are all very much the same,” said Amones. “Kids are kids no matter where you are at, but certainly there are differences that exist. We have to learn to appreciate our similarities, yet understand our differences. We need to be able to recognize that people can have different opinions or beliefs or looks and we just need to know how to react to that. I think that anytime we can expose students to differences so that they can understand the world around us is just much better.”

After school, students returned to a classroom to discuss their experiences from the day. Non-participants who were interested in learning more about the hijab or who wanted to share their personal beliefs were invited to attend as well.

“My experience was overall positive,” said junior Marisa Johnson. “I had a few people ask me if what I was doing was offensive. To this, I responded by explaining that we made sure we consulted with the Muslim Student Alliance and learned about the religious and cultural connotations associated with wearing the hijab. This day was about acceptance and diversity. Most people, however, were quite supportive.” 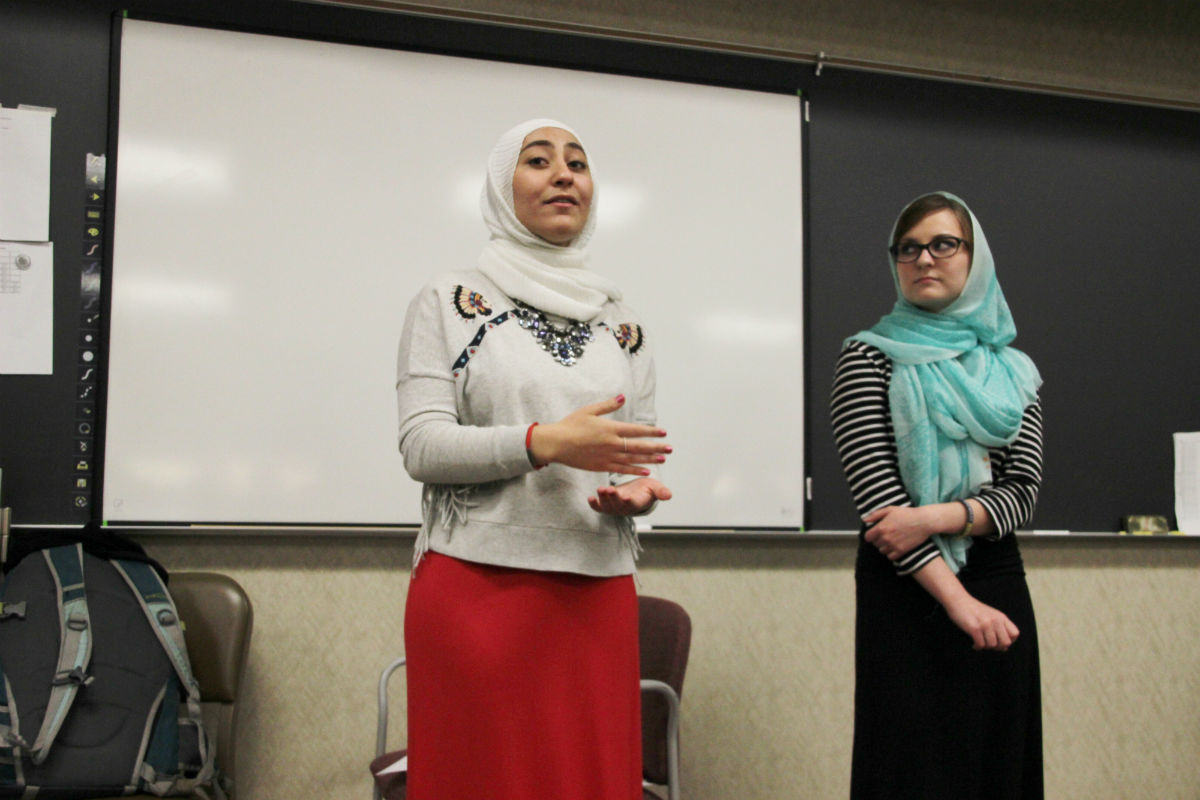 Junior Olivia Gebhardt said, “The questions asked today were very reflective of the common views of the hijab and I was very happy to dispel negative connotations.”

As a whole, the participants were pleasantly surprised by the reactions of the student body. Despite a few negative comments that had been made throughout the day, participants said that they were happy to see how accepting people were.

“There is this obligation for me to change the way people view my religion, and although it's a heavy burden, I am taking steps through hosting events like Hijab Day to, as I said earlier, break the barriers,” Kawamleh said.