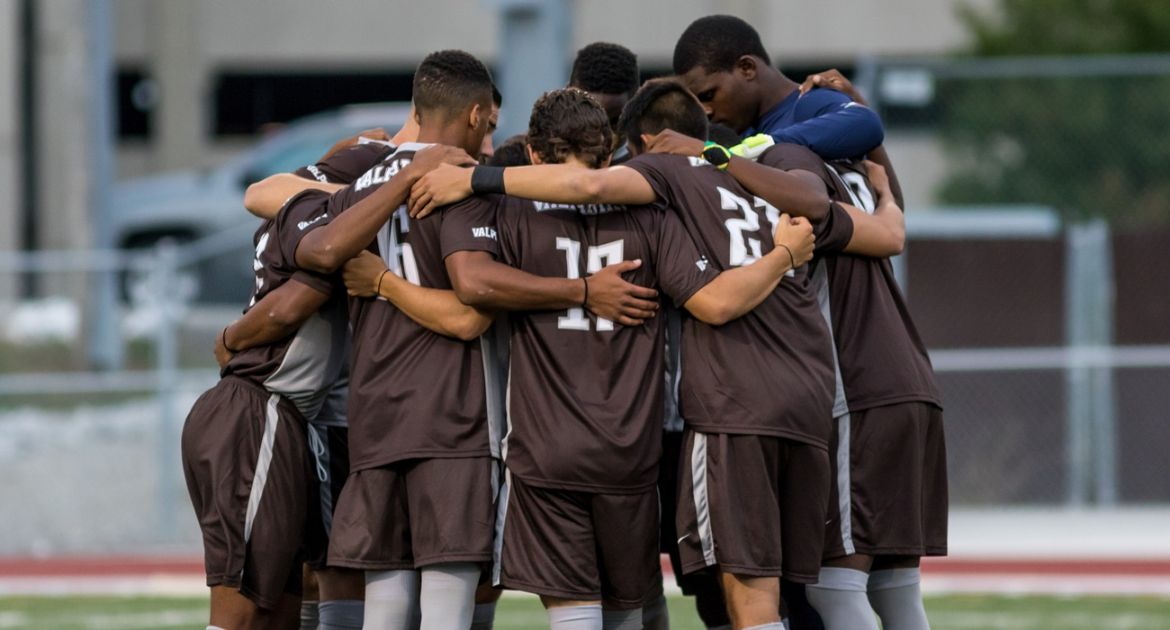 Valparaiso University men’s soccer head coach Mike Avery announced today his side’s schedule for the upcoming 2016 season – a challenging slate which includes six matches against teams which finished in the top-75 in the nation in RPI last season, and eight home matches at Brown Field.

The Crusaders open with a pair of exhibition matches during training camp, hosting Lewis on Aug. 18 and traveling to Notre Dame on Aug. 22, before getting the regular season underway Saturday, Aug. 27 at Loyola, which owned a 10-4-5 record a season ago. Two days later, Valpo travels to SIU Edwardsville to take on the defending Missouri Valley regular season champions, which won 12 matches last year.

Valpo’s home slate at Brown Field kicks off on Sunday, Sept. 4 as the Crusaders host Western Illinois. Valpo will also welcome IUPUI to Brown Field in non-league action (Oct. 31), while the highlight of the non-league campaign comes Sept. 21, as the Crusaders go to Columbus, Ohio to face an Ohio State side which won the Big Ten regular season title in 2015 and was ranked among the top-10 teams in the nation.

Outside of league play, the Crusaders will also have trips to Eastern Illinois (Sept. 27), Omaha (Oct. 3), Western Michigan (Oct. 11) and IPFW (Oct. 18). The game against the Broncos pits Valpo against an 11-win team from last season, and is a rematch from one of the Crusaders’ two victories over nationally-ranked teams in 2015.

The Horizon League schedule gets off to an early start in 2016, as the Crusaders host Detroit on Saturday, Sept. 10. Valpo will play on nine consecutive Saturdays before closing out the regular season by welcoming Wright State to Brown Field on Friday, Nov. 4. The Crusaders will also host games against Oakland (Oct. 1), Milwaukee (Oct. 8) and Northern Kentucky (Oct. 29) within league play, while traveling to take on Belmont (Sept. 17), Cleveland State (Sept. 24), Green Bay (Oct. 15) and UIC (Oct. 22).