The Hurricane Junior Golf Tour traveled to West Lafayette, IN to host the College Prep Series at Kampen Golf Course on October 14-15. The players battled the difficult course and some bad weather to post some great scores. Every player learned a lot, and had tons of fun competing against one another at this tough golf course. 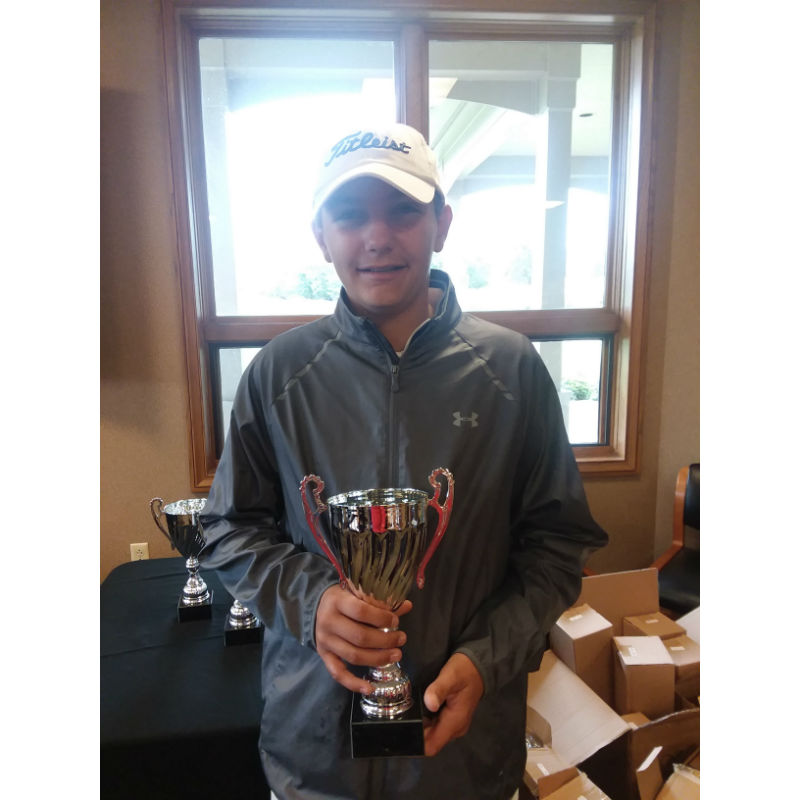 Brandon DiMemmo of Saint Charles, MO is the boys 16-18 champion. Brandon won his division with an 80 on Saturday and an 84 on Sunday for a two-day total of 164. 2nd place went to Lake Genebacker of Decatur, IL who scored a two-day total of 166 (78-88). Ben Redmond finished in 3rd with a two-day total of 167 (82-85). These competitors showed off their experience as they navigated a very tough course through some bad weather. 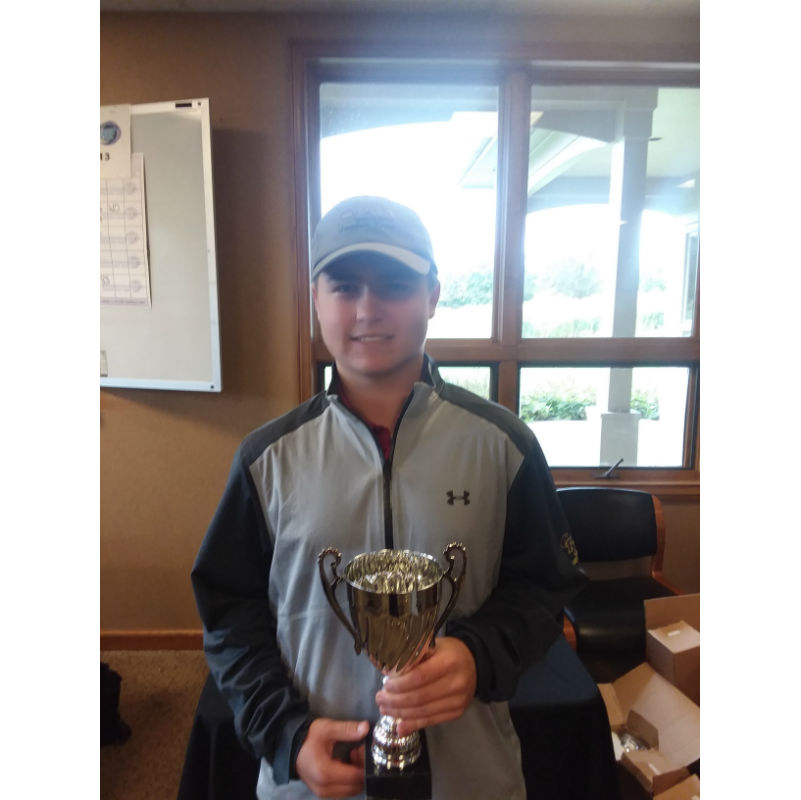 Jack Dumas of Le Claire, IA is the champion of the boys 14-15 division. Jack showed his composure as he finished with great scores on both days. He posted a first round score of 83 and a second-round score of 82 for a total of 165. Josh Yoder from Granger, IN came in 2nd after finishing with a two-day total of 173 (86-87). Finishing in 3rd place also from Granger, IN was Joshua Gaughan after posting a two-day score of 188 (93-95). These players loved competing with each other on each round as they all improved their skills. 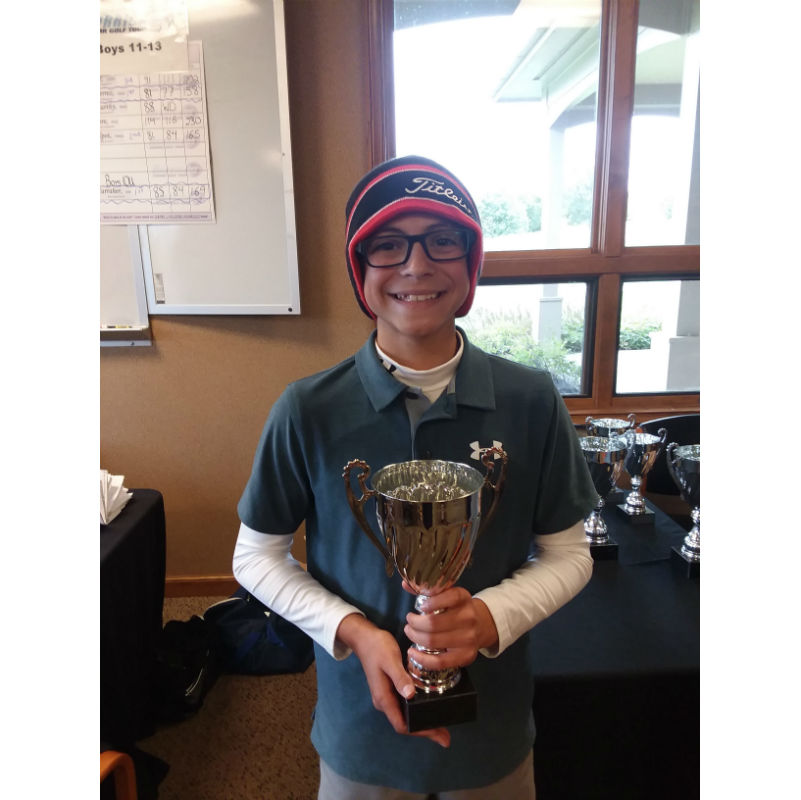 Winning the boys 11-13 division from Valparaiso was Aiden Gutierrez. Aiden ended up scoring an 81 on Saturday and an impressive 77 on Sunday (158). Coming in 2nd place after scoring a two-day total of 165 (81-84) was Tommy Philpot from St. John, IN. Griffin Barke from Louisville, KY finished in 3rd with a two-day total of 202 (91-111). All the players showed great determination in competing on every single hole. 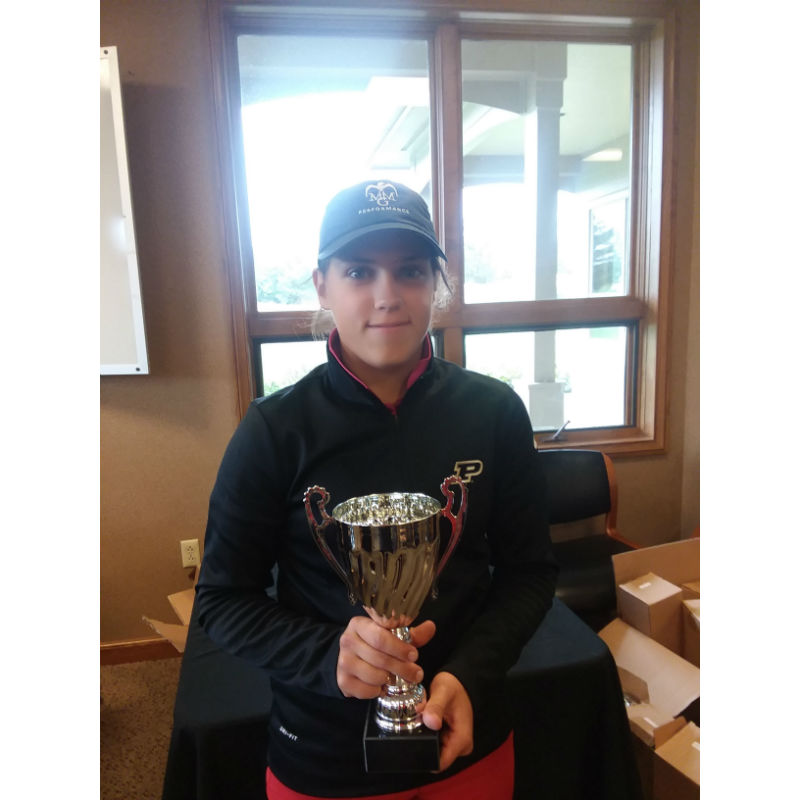 Mariya Savchenko of Orlando, FL is the girls 14-18 champion. Mariya had an impressive 76 on Saturday and followed it up with an 82 on Sunday (158). Finishing in 2nd from Copley, OH was Armani Shepard who posted a two-day total of 178 (83-95). Finishing in 3rd place was Hayley Dye from Delaware, OH after also scoring a two-day total of 178 (85-93). There was great competition as 2nd place was determined by a scorecard playoff. All the players showed off their great determination, and never let anything stray their focus. 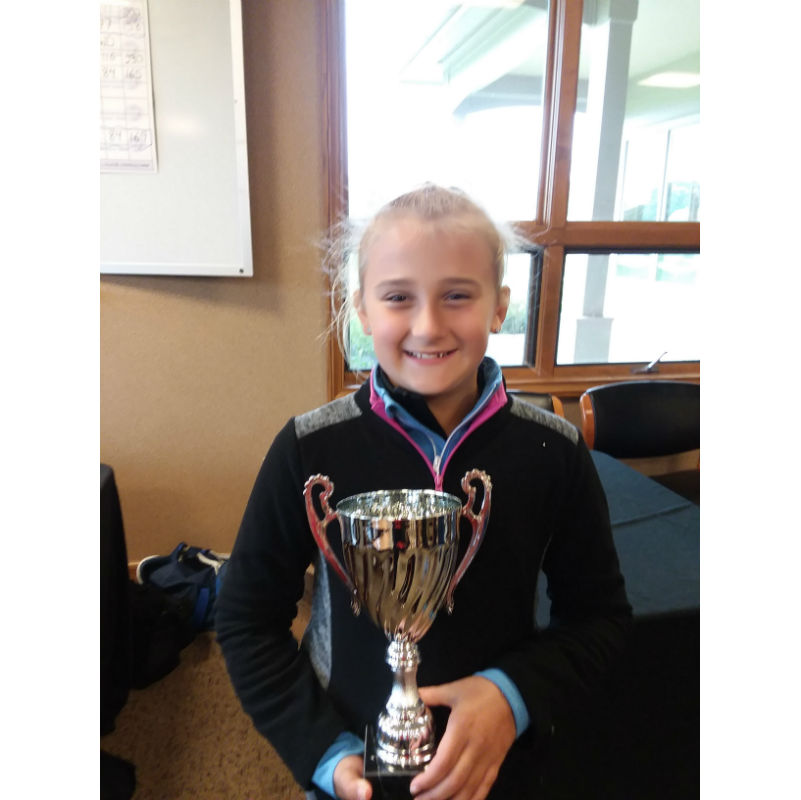 Gianna Clemente is the girls 13 and under champion. Gianna of Warren, OH shot a 78 on Saturday and an 85 on Sunday (163). Rylee Stenzel of Marseilles, IL finished 2nd with a two-day total of 187 (91-96). Finishing in 3rd was Lisa Copeland after shooting a two-day total of 192 (98-94). This whole division had a lot of fun competing with one another while also learning some valuable skills.

About Hurricane Junior Golf Tour
The Hurricane Junior Golf Tour (HJGT) was founded in 2007 with the intent of providing junior golfers between the ages of 11-18, and now 10 and under, an opportunity to play exceptional courses in a competitive environment. Golfers who participate on the tour will compete in one of six age divisions: Boys 16-18, Boys 14-15, Boys 11-13, Boys U10, Girls 14-18, and Girls U13. Based out of Jacksonville, FL, the HJGT administers events all across the nation, with stops in Alabama, Connecticut, Florida, Georgia, Illinois, Indiana, Iowa, Kansas, Kentucky, Louisiana, Maryland, Massachusetts, Michigan, Minnesota, Mississippi, Missouri, Nebraska, New Jersey, New York, North Carolina, Ohio, Pennsylvania, South Carolina, Tennessee and Virginia. In 2016, we have now expanded to the west coast and cover California, Texas, Arizona, Colorado, Washington, Nevada, and Oregon.
For more information regarding the 2017 HJGT Tour, please visit our website at www.hjgt.org, call the Hurricane Junior Golf Tour headquarters at (904) 379-2697, or email info@hjgt.org
Experience #TheHurricaneDifference