The Valparaiso Parks and Recreation Department held a groundbreaking ceremony for the latest addition to the city’s 16-mile pathway system. The Vale Park Pathway project will extend the current Vale Park pathway from Valparaiso High School for approximately a half of a mile west.

When finished, the pathway will connect more than 700 homes located west of Campbell Street.

Eighty percent of the project cost is being funded through a federal grant from the Congestion Mitigation and Air Quality Improvement program. Along with a twenty percent match from the Redevelopment Commission. 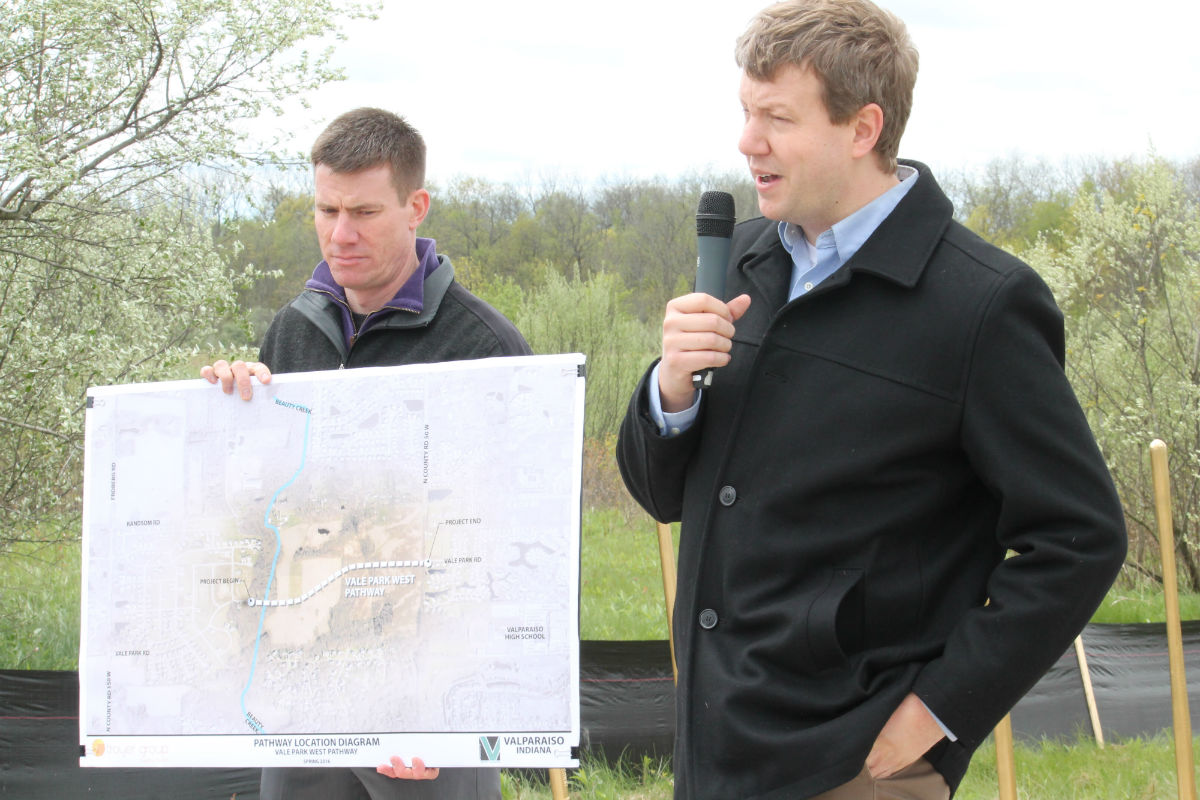 The idea behind the new addition to the pathway was to offer the people on the west side a safe and direct route to the city’s parks without having to get into their cars to get there.

Tim Burkman, Valparaiso Engineer, hopes that residents in the area will use the new addition to the pathway to reduce emissions.

“When you think about it, the number of homes we project will be somewhere over 700 likely as this west side continues to grow, that will be served by this pathway,” explained Burkman. “When you add up the vehicle miles all of those people will save and over the useful life of this pathway that we’re about to build, it’s a significant reduction in emissions. It’s a significant reduction in vehicle miles that would otherwise be traveled and so, we’re very excited about that. As you can see it will be a very beautiful scenic, rural route.”

Burkman added that the pathway will not only provide a new and exciting path for humans, but also some perks for their four-legged friends as well.

“There will be some stopping points, some lookouts, landscaped nods with benches, and a drinking fountain not only for you, but for your four legged friend.” Burkman said. “So, the Mayor (Jon Costas) may get to cut the ribbon, but I’ve asked that my dog be the one to get the first ceremonial drink from the pet fountain.”

“It’s just really great to celebrate another project, which is the extension of our pathway system to our citizens on the west side," said Costas.

According to John Seibert, Director of Valparaiso Parks and Recreation, the new pathway development is part of a larger planning for future pathways over the next five years in the city.

“We do a master plan, a five year master plan every year on where the paths ought to be located and what are the key areas we need to plan these” 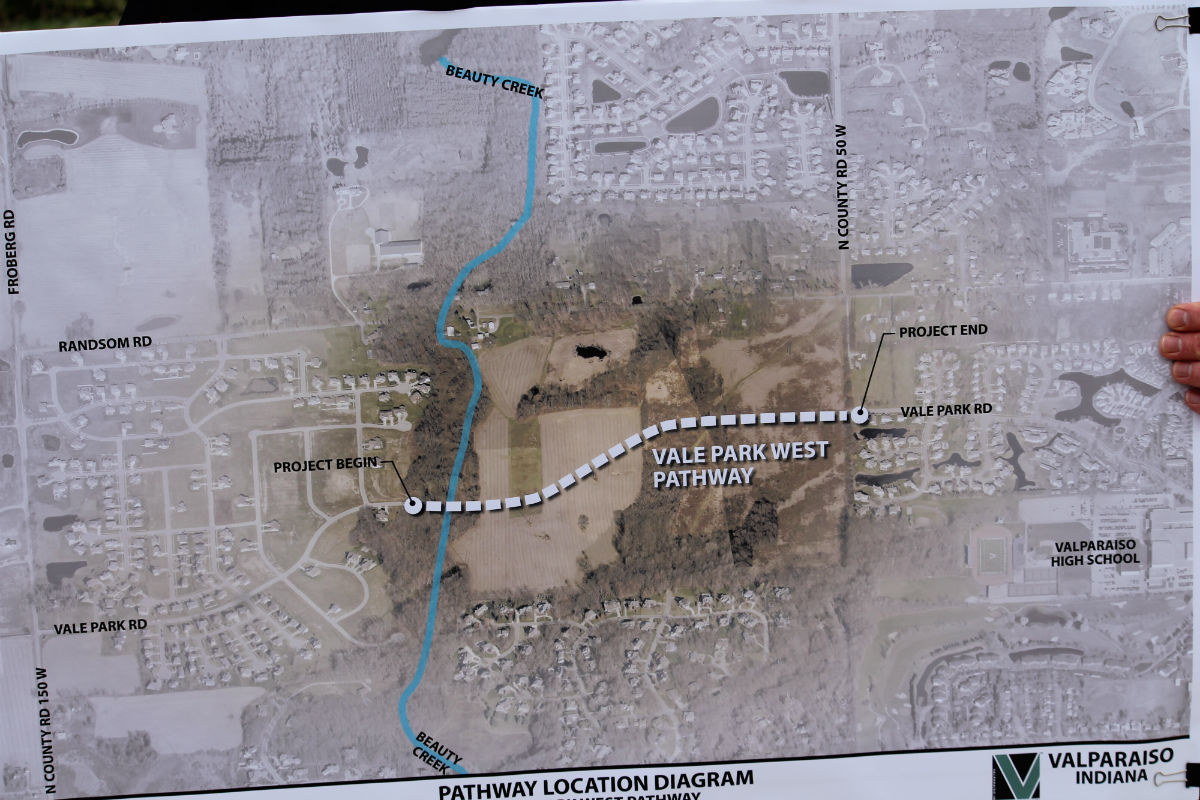 Plans include pathways that will connect Vale Park Pathway from Calumet Ave. to the bypass and another along Lincolnway South starting from around Central Park Plaza to Valparaiso University and over to the Sturdy Road roundabout. The department is also planning on connecting outside the core city by connecting areas south of Route 30 and even going north of Vale Park into the Chesterton area.

Seibert hopes that the new addition to the pathway will also serve as an alternative way for Valparaiso High School students to get to school and other extra curricular activities.

“It’s not only about healthy lifestyles and safety, but it’s also a way to have an environmental impact and also have a less of a carbon footprint.”

The design of the pathway was developed by Troyer Group, an architecture and engineering firm based in Mishawaka. The firm has done past work for Valparaiso including Valplayso, the Vale Park/ Silhavy Road roundabout and more. The pathway will be constructed with the help of Gariup Construction.

The project is expected to be completed around the Thanksgiving holiday.