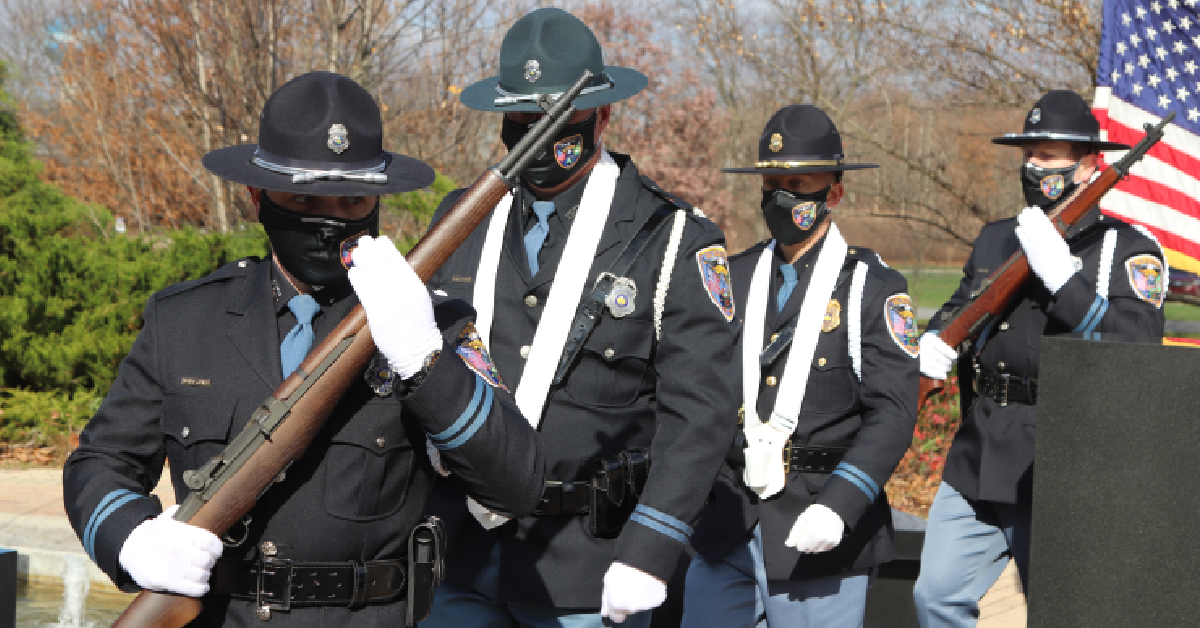 Veteran’s Day has been a tradition since the signing of the Treaty of Versailles on the eleventh hour, of the eleventh day, of the eleventh month in 1918. Honoring those who served is a tradition that the Valpo Parks Department has honored over the years, though this year looked a bit different. This year’s ceremony also served as a celebration of life for Sgt. Steve Kobitz, who passed away earlier this year. Many officers who knew Kobitz remembered him as a loving father, and an honest man.

“I started my career as an officer around the same time Steve did. He was always a loyal officer and a good man,” Balon said. “He was a former K9 officer, and a field trained officer. He was a good, honest man, I will always have the utmost respect for Steve.”

The celebration of our nation’s veterans is something that Executive Director of Valpo Parks John Seibert finds incredibly important to remember the sacrifices that every veteran and police officer makes every single day.

“We’ve been doing this since 2003, but for this community, it builds on a culture of selflessness,” Seibert said. “Whether that be through philanthropy, volunteerism, or through the military, we have to recognize the sacrifices that they make to give us the freedoms we often take for granted.”

Seibert went on to discuss the differences between Memorial Day and Veteran’s Day.

“When Memorial Day comes around, it’s usually the beginning of summer and people tend to forget why we get to enjoy those freedoms. This Veteran’s Day has been different; people are in-tune to their freedoms. People are exercising their right to vote. Those things that we often forget about,” Seibert said. “Seeing people thank police officers and veterans is something that should be celebrated year-round. For many, veterans paid the ultimate price to protect our freedoms.”

The colors were retired, and a wreath was placed in front of a large, granite stone, which bore the names of every member of the Valparaiso community who sacrificed the most in the service of our country.

“We have to remember the personal sacrifices that are made by officers,” Balon said. “We work a lot of nights, so we miss a lot of birthdays, and family gatherings. The same thing goes for those in the military. We can’t let those sacrifices be overlooked.”