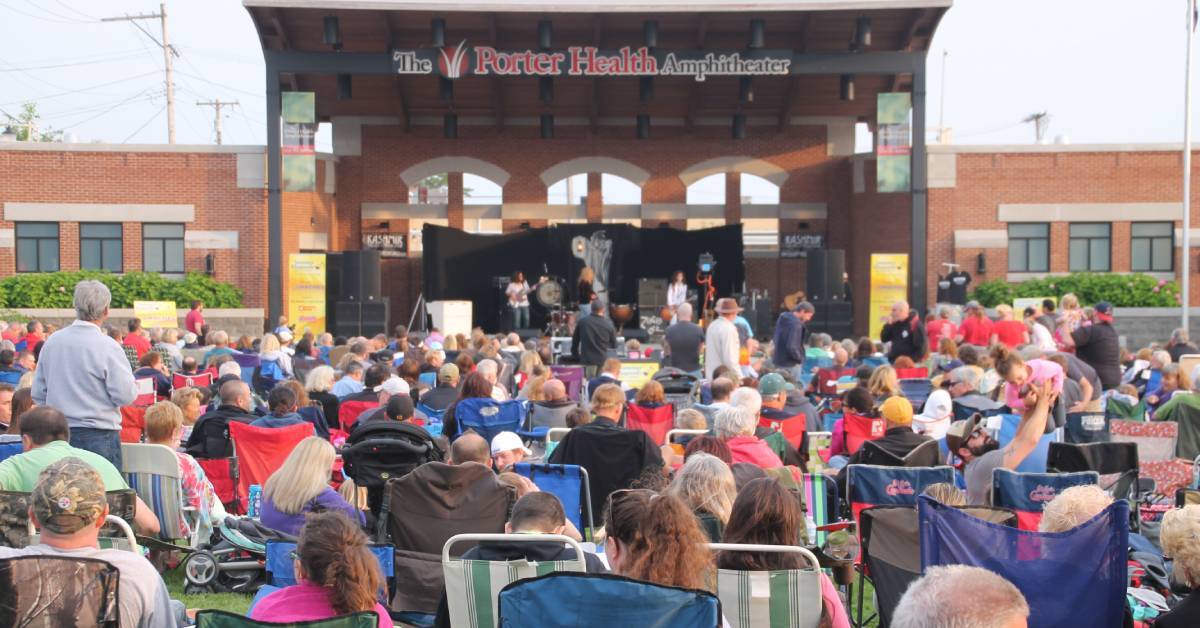 Editor’s note: As we read this article, we’re reminiscing about summers past and looking forward to gathering again for all of Valpo Parks’ events and programs once social distancing is over. GreatNews.Life extends a huge thanks to all the Valpo Parks staff for keeping our parks ready for fun, family, and friendship!

There are two major components that define the Valparaiso community: the appreciation community members take in their parks, and the pride the Valparaiso Parks Department has for cultivating those parks.

One of the greatest sources of pride comes from the maintenance and groundskeeper teams who serve as a direct connection between the public and the parks. An incredible amount of work goes into making the Valpo Parks fit for theircommunity.

Beyond the everyday maintenance that is required to keep the parks clean, there’s the group effort that comes with ensuring events like markets, movie nights, and larger-scale festivals like the Popcorn Festival go off without a hitch in Central Park Plaza. Mother nature keeps everyone vigilant with the constant change of weather. When it rains on the park fields, for example, the horticulture division must respondto the muddy mess straightaway before youth storm the fields. And, speaking of the horticulture division, there’s the careful planning and laying of plant materials that are as pleasing to the eye as they are environmentally responsible.

Johnson, who has served the Valpo Parks Department for 40 years, has watched the city and its parks evolve.

“I was born and raised in Valparaiso, and I’ve been in these parks since I was a child,” Johnson said. “I really like working with the public, seeing people enjoy the parks we make special for them.”

Each team member shares a love for working outdoors, a trait that drew them to their roles.

“I enjoy working outdoors, and getting the chance to do something different every day,” said Garland, a Valpo Parks employee for 12 years. “Especially since Central Park Plaza opened, we’re definitely not bored with the work we do.”

Having worked for the Parks Department for nearly five years, Phillips said he also enjoys the variety that comes with his role.

“I grew up in Portage and have lived in Valpo since ‘98,” Phillips said. “I like Valpo a lot, and I like being a part of it.”

Furto, who has worked with Valpo Parks for more than four years, said that people in Valparaiso motivate him and the entire maintenance team to deliver.

“I’m moved by the excitement people have for the things we do for our parks,” Furto said. “All of us like what we do. We wouldn’t do it otherwise. But the people really appreciate the effort that we put into what we do, and I think we’re all committed to giving them a continually good product.”

White, who has headed-up maintenance at Rogers-Lakewood Park for three years, said that he derives a sense of personal pride and ownership from the feedback hereceives.

“It’s rewarding to put my signature on the park, to be able to put my own stamp on it and know that people are benefiting from something I’ve worked on,” White said.

One of the biggest improvements the more seasoned veterans have seen over the years has been the construction and successful implementation of Central Park Plaza. With its many events, the inclusion of winter-themed fun at William E. Urschel Pavilion, and year-round gathering possibilities, Central Park Plaza has kept Valpo Parks on the leading edge of community spaces.

“You wouldn’t believe how many municipalities came through, from neighboring cities and even other states, asking for guidance on that park, wanting ideas for how to build one in their own community,” Furto said. “That’s a pretty good feeling.”

“Central Park Plaza represented a huge improvement and investment to our city,” Garland said. “We kind of take the Disneyland perspective with it—whether it’s your hundredth time there or your first, it looks and feels exactly the same, familiar. But it’s always changing, the variety of events keeps it fresh. There’s really something for everyone there.”

“I’ve seen the change in the parks, and when you look back to what we had when I started here versus now, it is very rewarding,” Johnson said.

And the community feels it, too.

“When you’ve got a 2-year-old or a 3-year-old that comes up to you and says thank you, that’s what hits you,” Furto said. “No one tells a 2- or 3-year old to say that, they just say it because they want to. That’s heartwarming. That’s gratifying.”

“I don’t know if you get that in most jobs,” Garland agreed.

The appreciation makes huge gatherings like the annual Popcorn Festival worth it.

“Everyone here is a part of it, both the set-up and clean-up,” Johnson said. “When you see Central Park itself, how crazy it looks right after the festival, and then you compare it to how it looks after you’re finished tearing it all down, it’s a good feeling knowing you’ve worked together on it.”

The Valpo Parks Department is excited to next complete ValPAWraiso Dog Park. So far, Johnson and the team have helped oversee the laying of concrete paths, turf, and the hanging of signs. They’re particularly excited (or perhaps this writer isparticularly excited) about the decorational fire hydrants the Valparaiso Fire Department donated. The dog park is projected to have its grand opening sometime this summer. With everything going on in the world, the warm days when the Parks Department’s busiest season heats-up cannot come soon enough.

“We will all get through this and be out in the parks as a community soon!” Furto said.

“People really support these parks, and they take pride in them when they’re kept up,” White said. “I’m sure a lot of other cities take just as much pride in their parks, but we always want it to show, and I think it really does.”

“The community embraces the parks, they’re proud of the parks, they appreciate the parks and the work we do,” Garland said. “That’s part of what makes Valpo special.”