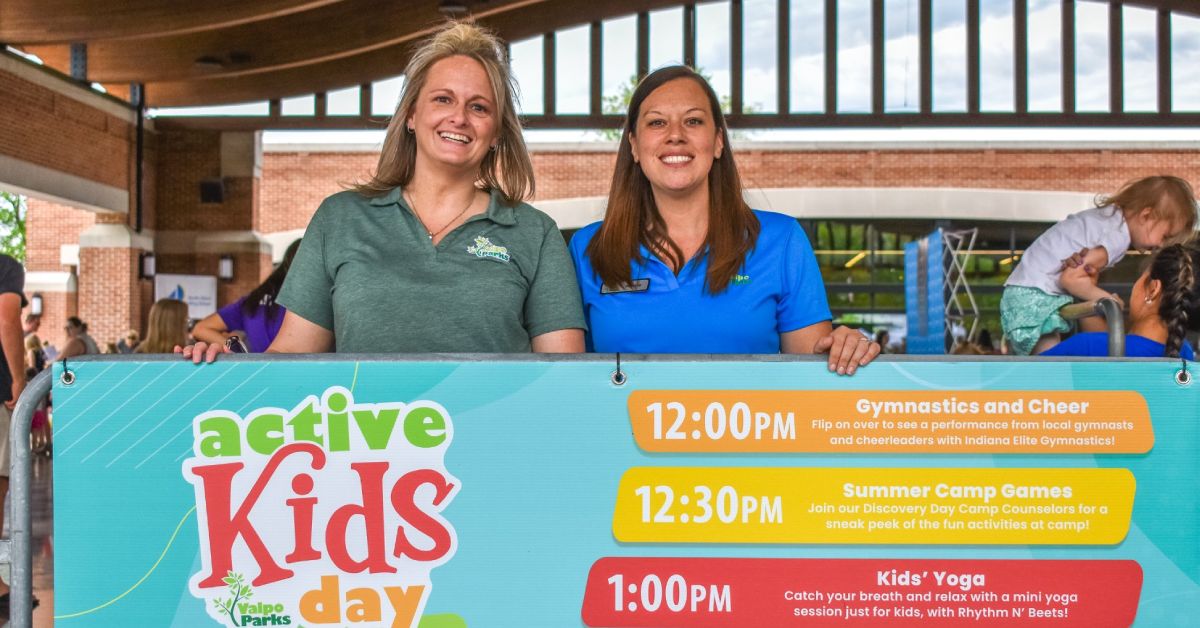 Over the course of a year, Special Events Director Cristina Darr and Special Events Manager Nicole Koch went from newly joining the Valpo Parks team to making their own mark on the city through event planning and building a close sense of community.

Darr and Koch started in the summer of 2021 by taking on what was in progress from previous employees. With a starting point intact, the duo had their work cut out for them as they worked to build off of what was already established and go from there.

“We basically inherited a lot of the events, and now that we have us here focused on them, we were able to dig in and say, ‘what's working, what's not working, and what can we do to make this event bigger and better and draw a bigger crowd?’” Darr said.

The main goal within their roles at Valpo Parks has always been to improve and offer more for Valpo residents. One of Darr and Koch’s favorite events they’ve worked on so far to reflect this has been reframing Touch a Truck. This has been an event well-loved by kids for years as they get to meet and interact with a variety of transportation methods including police cars, fire trucks, trains, UPS trucks, and more. Originally held at Christmastime with Toys for Tots, the in-person event had to be slightly adjusted during the COVID-19 pandemic, and eventually became a drive-through course renamed Santa and Sirens. The original Touch a Truck itself was then moved to the summertime when more people could be outside to enjoy the event.

“I think we were both really pleasantly surprised,” Darr said. “I mean, just hundreds of people were there–the streets were full and we added to what was already a nice event. We had a DJ so people were dancing around, and we handed out cookies to all of the kids. Just adding those little touches that may not seem like a huge deal actually make for a much more fun experience.”

Koch noted another favorite of hers are the day trips to nearby surrounding areas such as Chicago and Michigan.

“I enjoy that program because I feel like it's just such a great opportunity for people who maybe couldn't see things on their own or maybe don't have the means to get somewhere, and it's just so much fun to be able to take a group of people out for the day and experience new things. People just have such a great time on those trips,” Koch said.

Seeing these grow from just a small bud of an idea to blossoming into the events themselves is then their favorite part of the entire process.

“I really love being able to say things like ‘I started at a point, sometimes from scratch. Sometimes, it's already something there for me.' You are able to work on it for months, sometimes years, and then finally see the fruits of your labor and everything. I think we both have a high at the actual events in the end,” Darr said.

“We really enjoy getting feedback from people at the events as well and that helps us plan for the next one. Our intention is to sit down and really think about things the community may need or want that we can provide for them,” Koch added. “It’s great to see those events go from an idea to a solid plan and seeing people having fun. It's really just the best feeling.”

These events would not be possible, however, without the help from many others within the city. Putting these events together, in actuality, is a group effort including the parks department, city officials, local businesses, and the people of Valpo themselves.

“If the two of us have an idea about something we want to do, we can implement it,” Darr said. “I'm really blown away by how many local businesses are willing to give money because they believe in the parks and they believe in these programs, and also the city citizens who volunteer. There have been times, with a race, for example, where they show up, stand on the street corner and direct the runners in which direction to go at 6:30 on a Saturday morning. The people that are willing to show up just because they love the parks and they have a philanthropic heart means the world to us.”