The National Speech and Debate Tournament is the largest academic competition in the world, with nearly 3,500 students from over 1,000 schools competing in the weeklong tournament. This year, seven students from Valparaiso High School competed at the national tournament in Birmingham. 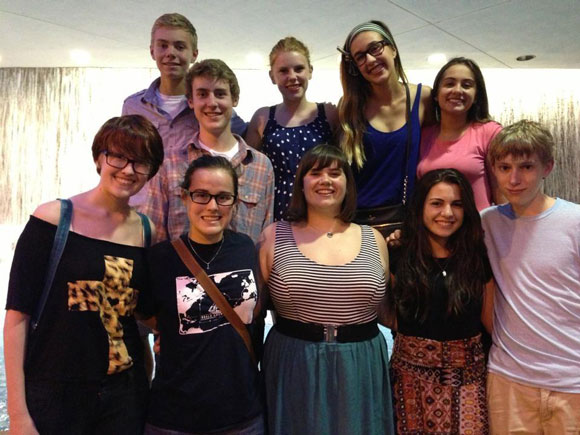 The seven competitors were selected out of 120,000 students across the nation who try to qualify to the national tournament through smaller district competitions. This year, nearly 3,500 students from over 1,000 schools across the country competed in the weeklong tournament.

The tournament begins on Monday, with preliminary competition occurring on Monday and Tuesday. Students who “break” out of the preliminary pool of their events advance to a double-elimination tournament, while students who do not advance compete in supplementary and consolation events or tour the local host city.

Speech and debate has a myriad benefits on students who choose to compete. The Wall Street Journal conducted a study on students who participate in speech and debate in high school and found that state and national award winners have a 30% higher acceptance rate at top tier colleges. Being an officer or captain on a speech and debate team improves an applicant’s chances by more than 60%, which is significantly higher than the boost of chances provided by sports team captain (+5%), class president (+5%), and band officer (+3%).

Most importantly, even without winning major awards, participation in speech and debate develops valuable skills that colleges and employers are looking for. These skills include self-confidence, researching skills, civic engagement, communication skills, and working on a team. These skills are reflected in the college acceptance rate for forensic students, at 4% higher than the national average.

As a senior who participated in speech and debate for the past four years, I can attest to the personal and academic benefits the activity provides. While it’s true that speech and debate has taught me patience, confidence, analytical thinking, and public speaking, more importantly, it’s given me a family. I don’t know where I’d be without my best friends, all of whom I’ve met through speech and debate. They and forensics have spurred a tremendous amount of personal growth in me, and consequently, I would recommend speech and debate to anyone in high school.

The Valparaiso speech and debate team will be holding a summer camp later in July for incoming freshmen and current students at the high school. Students who are interested in participating can contact sshepard@valpo.k12.in.us for more information.