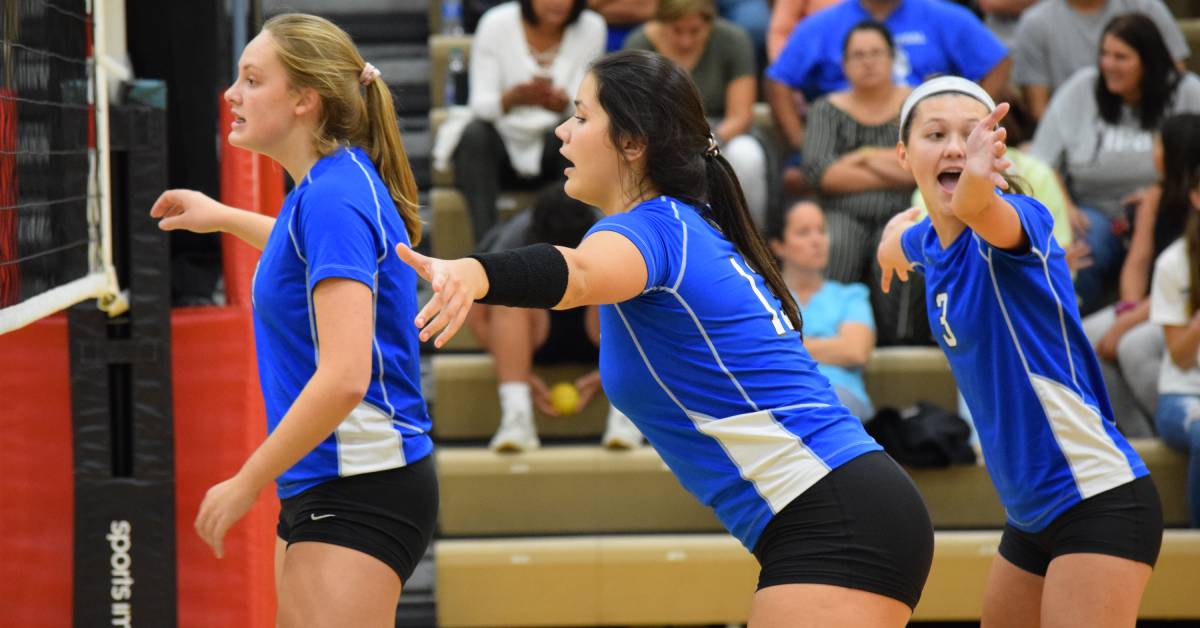 The Lake Central Indians came to fight against the Valpo Vikings on their home court tonight. Coming off of Head Coach Katie Lenard’s 300th career win, the Vikings came in high off of victory, while the Indians came in with the weight of devastation on their shoulders. Tonight was the opening battle for the war on the DAC, and both teams came to win.

Valpo took home the first set with a score of 25-18. But Lake Central wasn’t down and out just yet and found their rhythm to come back with a win for the next two sets, 25-16 and 20-25. down 2 sets to 1, the fight wasn’t anywhere near over as Valpo came back to win the fourth set 25-13 leading the teams to face in the fifth set of the night.

Coming into Valpo’s first home game, Coach Lenard was excited to see what the girls could do, and to see how they play in this specific environment, but most excited to get conference play started.

“I think the girls have a ton of potential,” said Lenard. “So every practice we’re working on improvement and each day trying to get a little bit better.”

Vikings senior captain, Maya Coady, is making sure to lead the team well on and off the court this season. Most importantly, she wants to do everything she can to help the young team bond and win with everything she’s got.

Lake Central Head Coach, Matt Clark, is about to take his team into 13 matches in just 10 days with tonight’s game starting the run.

“Our conference is tough, this is going to be the start of a big run of a lot of quality teams,” said Clark. “Today is a good day to see where we’re at and go from there.”

Lake Central senior captain, Maggie Mulligan, wants to create an environment of encouragement and embrace the team’s theme of ohana in her final year at Lake Central.

“We’re really family-based this year and working hard to create a winning culture,” said Mulligan. “Right now we’re struggling to finish, but we’re really trying hard to push and get to that point.”

After fighting neck and neck with comeback after comeback, the teams were tied at 2 and 2 going into the fifth and final set. Lake Central took the early lead and kept it, leading the Indians to the victory of the set 15-8 and the match 3-2 sets.