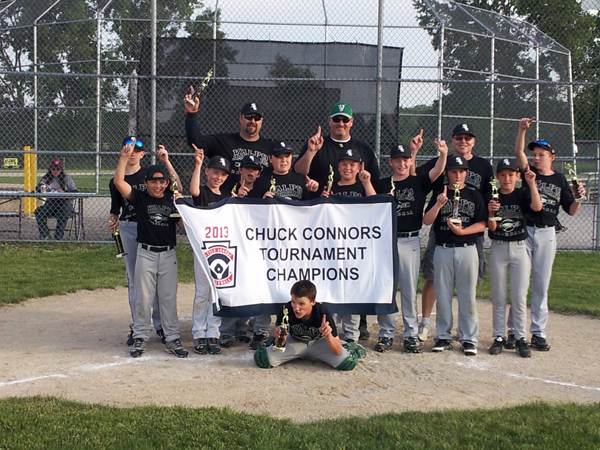 Matt Lahey pitched a complete game 3 hitter, for the win, striking out 8 while walking only 1 batter. Lahey surrendered a 2 run home run to Ronny Morey in the 4th for the Diamondbacks only runs. Trailing 2-1 in the bottom of the 5th inning, Connor Brinson singled with two outs. Lahey then tripled home Brinson to tie the score at 2.

After a walk to Zack Zborowski, Logan Mersman hit a sharp single to right center field to score Lahey and put the White Sox ahead 3-2. Lahey then retired the Diamondbacks 1-2-3 in the 6th to secure the win. On the season, the White Sox are undefeated in 15 games, with a record of 13-0-2. Their season concludes the week of June 23rd with the Valpo Americans Little League in house tournament.