The big survival tip - every bit of content has a place. Find it!

There’s a reason why, year after year, folks like Blackbird Cafe, Catch 22, Cartronix, Figure Eight Brewing, Valpo Velvet, ValpoLife.com and Zao Island are the pinnacle of social media marketing in Nortwhest Indiana: they know what to do with the content they have to market their brands.

From about 2010 to 2013, the best way to sum up most of the rest of area local social media marketing was with a knock-knock joke: 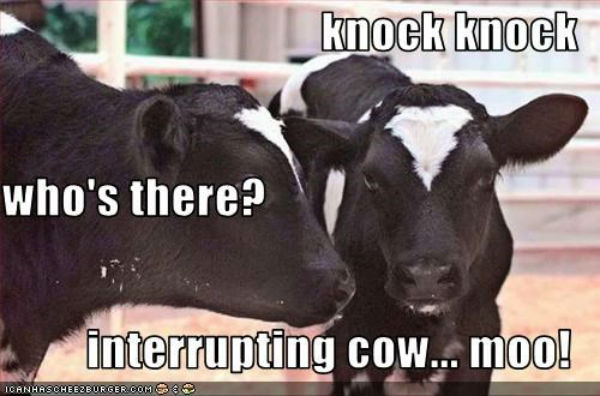 It’s sad, too, because most of the rest are great networkers and trade show marketers. They’re engaging and lively. Some are even great at email marketing and can write proposals that light up the night with endless possibilities, sparkling with tangible wonderment and possibilities. Their ideas and research can spark direction and movement towards business growth and economic development their companies, clients, customers and stakeholders could benefit from for years to come.

But when it comes to social media, they get their strategies from auctioneers, town criers, & press release writers and they collect & dispense their content with the help of the copy & paste button. Their content appears right in the middle of good conversations and threads. It creates dissidence and it isn’t long before users turn off receiving such news and updates. To take it even further, when customers see those companies in other spaces - out shopping, reading magazines - they remember the way those brands disrupted their social media conversations and wonder in what other ways their lives could be further interrupted. 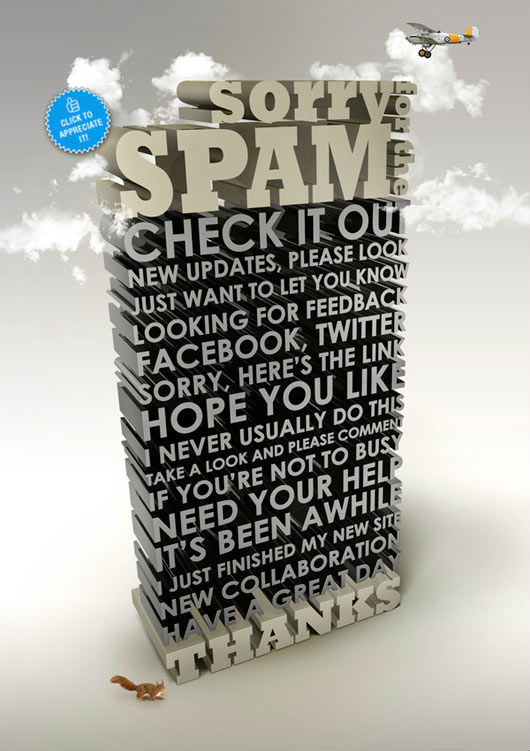 If you really, really, really don’t have time to come up with great stories, content, throught-provoking ideas or something halfway funny, try the following: Social Media ADVERTISING. Facebook has it. Twitter has it. LinkedIn and Instagram as well. And the great thing with that, instead of having to find more stories, you can use the same one over and over again for awhile. More and more companies are finding it is better to put such hard-driving messages where they are expected to be - in the Sponsored section. Facebook went so far as to set their fan page / business page settings so companies and brands would be forced to use advertising to get the same reach. Now, Facebook makes money on something other that IPO and angel investments and, just as important, their user’s experience on the platform stays high (FB is already in trouble with the next round of teenagers).

I see your excuses, and I raise you the life of your business

And before you bellow, “but that costs money,”

Think about it from the platform users’ perspective

Imagine the digital equivalent of the following... 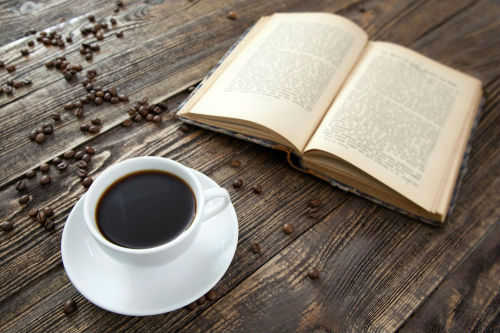 You’re sitting in a coffee shop with a couple friends. With bated breath you’ve been looking forward to the event all weekend and in your hands is the book you’ve been waiting three months to be released. Santa left it in your Christmas stocking. These visions of excitement and adulation are dancing in your head as you share your nail-biting anticipation. Your friends share in this excitement as they hug you, thank you for sharing time with them and leave you to the peace and tranquility of this good book.

As you go to open the cover, press in the binding, fan the pages to break in the book, and lick your left thumb in order to turn to the first page, the loudest shout from the depths of deepest Hell freezes you in your tracks, shivering you to your core and breaking you from your peaceful moment. In your panic, you slam closed your book with your thumb inside. As your pull out your thumb in the shock of pain, your forearm brushes up against your hot coffee, spilling all over your lap and, more painfully, your new book.

Your shock turns to anger as you peer over to the source of your misery to find a sleazy suit-and-tie announcing unbelievable new insurance rates for 2014 that not even Obamacare can touch.

This is what most business’, “buy our stuff,” content feels like when it’s in the middle of conversation threads in social media and is not put in its proper place.

The next batch of area businesses who figure this out and either tell sweeter stories or switch to advertising will be the ones experiencing the next level of success.

Google continues to re-establish itself as sheriff

Google’s long-term view of staying relevant versus a market that was about immediacy for a short term paid off. I think they’ve done a great - albeit not perfect - job of dealing with spammers. Their communication tools for website owners is still rudimentary, but given where it was before, we’ll take it. They’re still not going heavy on the ads in Google Maps and are smart enough to keep them out of Google+. It won’t be long before Google Maps takes over other shopping and social traffic. The pieces are in place. And with Google Now, they could become the next great Roman Empire.

As they continue to lasso in the iPhone in the smart phone market, their innovations into logistics and energy will put them in a position to have their name in top billing when the next Golden Age of the American Economy rolls around.

It’s their revamped partner program that intrigues me. If they can figure out a way to inspire their certified Google Partners to host relevant small and local business conferences, then local and small businesses outside of major cities might finally learn the steps that go into creating targeted digital leads. Most suburban and rural local businesses don’t know the Golden Road of Call-To-Action from Adwords through the website landing page to the website’s thank you / confirmation page. That knowledge hasn’t trickled down yet. When it does, Google has yet another avenue to sustain world domination.

They get all that together and Google could be their first perennial Trillion-dollar company in as little as 10 years. They’ve got so many things going for them. If you haven’t learned what all they can do, now is the time to sort it out.

The most disappointing thing for me in Digital Marketing is that Twitter still hasn’t taken to come up with a way to allow users to better segment and organize their following and follower lists. Creating the opportunity to make sublists, allowing people to organize their lists into smaller, more digestible bites is still killing them. Not only that, but if they did it, they’d increase the opportunity for ad placement by a factor of 10 - with each list getting to be an opportunity.

Also, if they’d allow it so people could log in with multiple accounts and organize them into one master account a la Google and Hootsuite, they would find me logging in infinitely more instead of using Hootsuite.

Facebook’s attempts at smartphones in an increasingly saturated market backfired. Their attempt to inundate folks with the Facebook OS was nothing short of vain.

They’re not Google. They need to quit thinking they are directly competing with them until they come up with their own small business software suite that’s anywhere as good as Google business apps or Microsoft Live.

If they keep thinking they’re sharks eating up the competition, they’re going to run out of watering holes to swim in. The next group of teenagers already avoid them like the plague (thank their parents). Their current 20-somethings are settling down. Their window for relevance is maybe a decade.

Facebook’s best bet is to continue to mature from a social media platform into a digital company, and have patience doing it. Their online donation tool - if their rates state favorable - will be a great lifeline for awhile especially if they go deeper into payment processing. This might be their best way to diversify and thrive.

Otherwise, they might want to start looking even deeper into business-oriented startups for sustainability lest they fall the way of myspace.