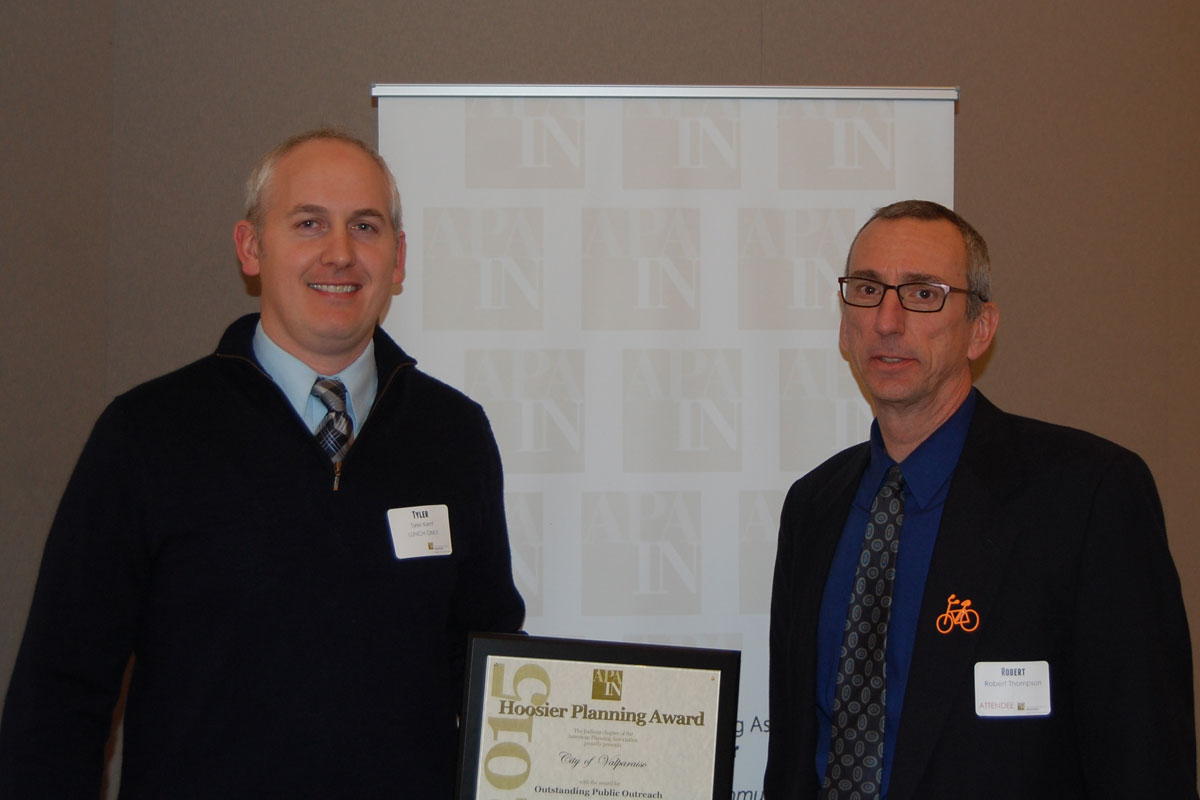 The City of Valparaiso’s ValpoNEXT visioning project was selected as the winner of a 2015 Hoosier Planning Award for Outstanding Public Outreach, awarded by the Indiana Chapter of the American Planning Association. The award recognizes the project for enhancing community participation and advancing the efforts of community planning. “When it comes to an award for community participation, Valpo was a clear winner. Nearly 4,000 Valpo residents were engaged in the ValpoNEXT visioning project,” said Mayor Jon Costas.

The community-driven ValpoNEXT project took place over 16 months and included many opportunities for the public to get involved in contributing ideas and priorities for Valparaiso’s future. A 40-member steering committee, led by community volunteers Elizabeth Lynn and Matt Evans, guided the ValpoNEXT process, with support from Valpo’s Planning Director Tyler Kent. The result was a comprehensive Vision Plan to guide the city over the next 20-30 years, adopted by the City Council at the end of 2014.

Based on community input, ValpoNEXT identified the city’s overarching vision as “Valparaiso aspires to be the most civically engaged city of its size.” The plan outlines nine action steps for engaging the community to address such initiatives as nurturing young people, embracing diversity, and fostering economic competitiveness.

“As a city that’s growing at a rate that’s twice as fast as the state and four times as fast as the Chicago metro area, planning is critical. As a community, we’re embracing the opportunity to guide the city to become the place our residents envision,” said Mayor Costas. The Hoosier Planning Award was presented at the Indiana Chapter of the American Planning Association’s spring conference at Ball State University. To view the ValpoNEXT document, visit valponext.org.