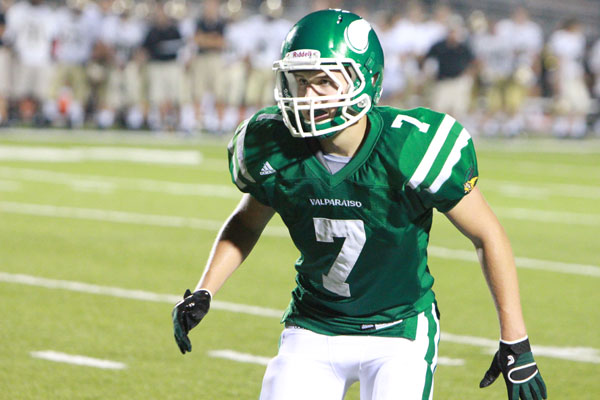 Eighteen high school student-athletes from across Indiana will begin the school year as members of the 2011-12 IHSAA Student Advisory Committee (SAC). The SAC represents the entire IHSAA membership of 408 schools, and its structure mirrors that of the IHSAA Board of Directors in terms of classification and districts as well as female, urban schools and minority representation.

Each year, the IHSAA receives nominations from school principals on behalf of student-athletes who attended the IHSAA Student Leadership Conference in June. From that group of nominations, 20 are selected for interviews by members of the IHSAA Executive Committee, Executive Staff and returning members of the SAC. From those 20 interviews, nine are invited to join the new group.

Nine seniors return for a second year with the committee while nine juniors will take part for the first time. Among the returning seniors are Jessica Brown of Mt. Vernon (Fortville) and Abbie Newton of Harrison (West Lafayette) who were elected as co-presidents by their peers for the school year.

Individuals who will serve as part of this year’s committee include:

The IHSAA began sponsoring the Student Advisory Committee in 2001-02 to give the group of student-athletes hands-on experience and a voice to the IHSAA staff.

The SAC meets four times annually – twice each semester – and is responsible for hosting meetings with student peers at the upcoming Fall Area Principals Meetings; assisting with the awards ceremonies at IHSAA state championship events throughout the school year and; planning and administering the annual IHSAA Student Leadership Conference in June.

Other SAC functions include the development of an IHSAA Captain’s Handbook which will be distributed to member schools this fall as well as assisting in the creation of multiple public service announcements addressing good sporting behavior which will be utilized during 2011-12 state championships events.