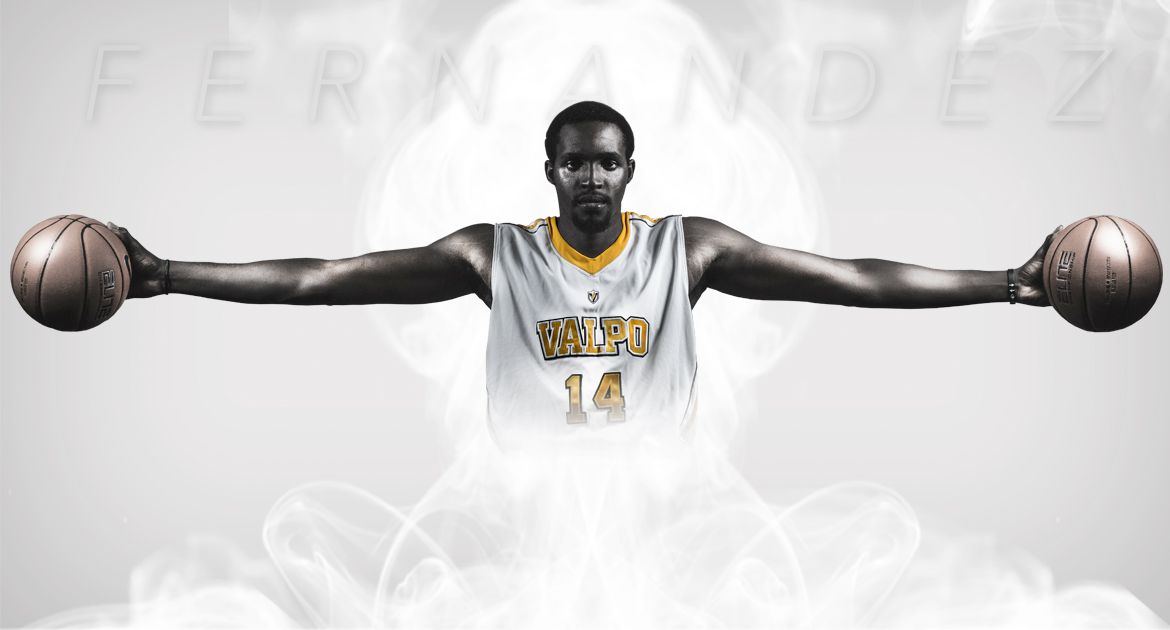 Valparaiso University announced Thursday afternoon that the NCAA has granted men’s basketball center Vashil Fernandez a fourth season of athletic eligibility. Fernandez, the reigning Horizon League Defensive Player of the Year, will return to Valpo for his final season as a Crusader in 2015-16.

Fernandez was named the Horizon League Defensive Player of the Year in 2014-15, helping to anchor a defense which ranked sixth nationally in field goal percentage defense and 17th in scoring defense. Fernandez averaged 2.9 blocked shots per game, good for 11th in the nation, while he ranked sixth among all Division I players in block percentage. Fernandez set Valpo’s single-game (8) and single-season (98) records for blocked shots last season, and will enter his final season second in program history in career blocks.

“In January, the NCAA Leadership Council took action to grant NCAA staff temporary authority to consider extenuating circumstances and discretion when reviewing cases,” said Kim Smith, Valparaiso University associate director of athletics for compliance. “Because of this temporary review process (TRP), the NCAA staff was willing to take another look at Vashil’s case. As a freshman, Vashil was penalized one year of his eligibility - in addition to being ineligible for competition in his first year - due to the application of delayed enrollment legislation. With the help of the Horizon League staff, we were able to have Vashil’s case reconsidered under TRP. The NCAA staff determined that Vashil’s case was one that should be reviewed based on circumstances out of his control which ultimately, according to the NCAA, caused him to graduate late.”

In addition to his defensive prowess, Fernandez also scored 6.9 points per game on 56.4% shooting and pulled down 5.9 rebounds per contest, second-best on the team. With the return of Fernandez, Valpo loses just one senior from its 2014-15 team, returning 98.8% of its scoring and rebounding and 98.3% of its minutes played for the 2015-16 campaign.

Last year’s squad set a new program record with 28 wins and captured the Horizon League regular season and tournament championships – Valpo’s third regular season title in the last four years and second tournament crown in the last three seasons. The Crusaders advanced to the NCAA Tournament for the ninth time since 1996 and came up just three points shy of beating Maryland in their Second Round game.

“I am excited to be back and I am excited to see all the good things that God has in store for me, my family and the Valpo basketball program over the next year,” said Fernandez. “I am just trying to improve on last year, both individually and as a team, and do greater things than last season. I am first and foremost thankful to God, then the NCAA and Valparaiso University for giving me the opportunity to play my fourth year of college basketball.”

“Vashil has made a huge impact on our campus since his arrival,” said men’s basketball head coach Bryce Drew. “He is as good an example of a student-athlete as can be found anywhere in the country. Our basketball program and Valparaiso University are elated to have him back.”