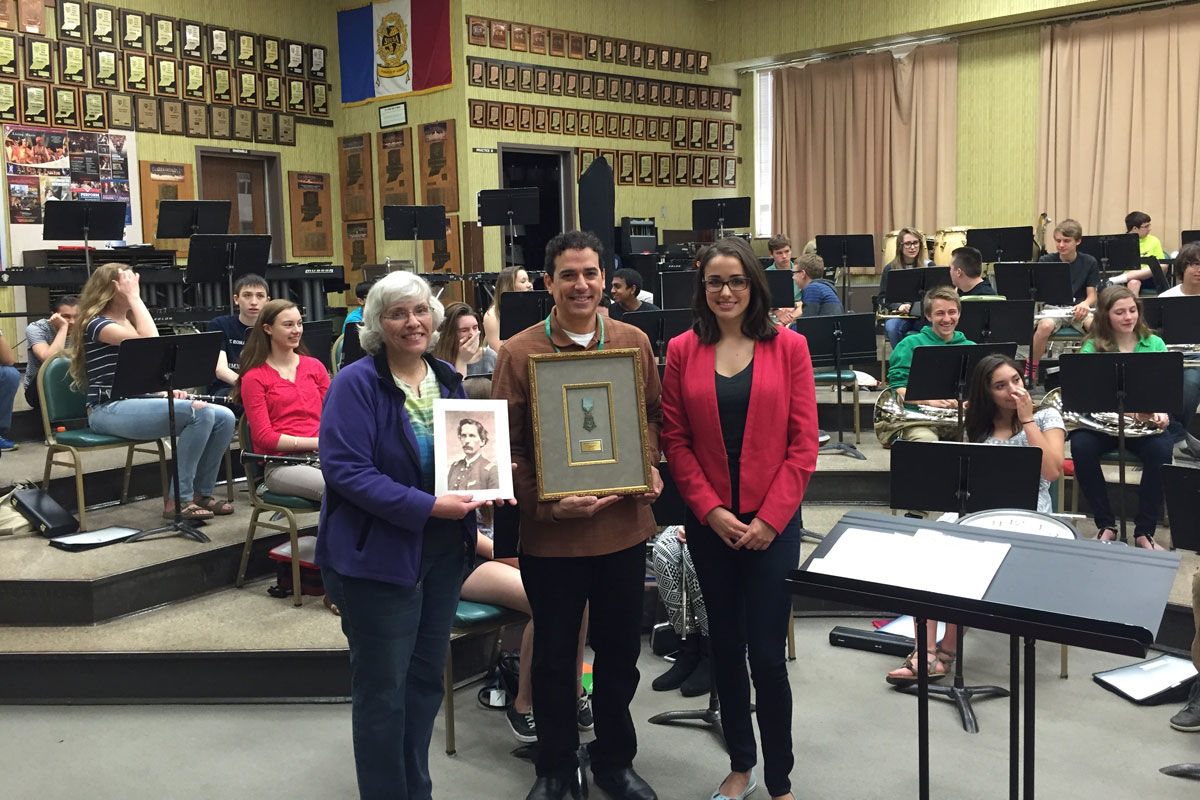 On April 15th, 2015 the Valparaiso High School Bands presented a concert celebrating the 150 year anniversary of the Civil War. They played many pieces reflecting the times of the 1861-1865 era. One of the pieces was Vicksburg Memorial, composed by Leland Forsblad. The piece presents the battles and the siege of the city of Vicksburg—that was under the command of General Grant and the Union armies.

I saw an advertisement for the concert but we were unable to go that night. But I contacted Mr. Rosario, the head band director, about our connection. W.W. Kendall was my great-great grandfather who served in the Civil War with the Indiana 49th Infantry. He received the Congressional Medal of Honor for his actions in the lead up and capture of the Big Black River Bridge outside of Vicksburg on May 17th, 1863. His actions helped cut the supply lines to the city and forced them into the siege. 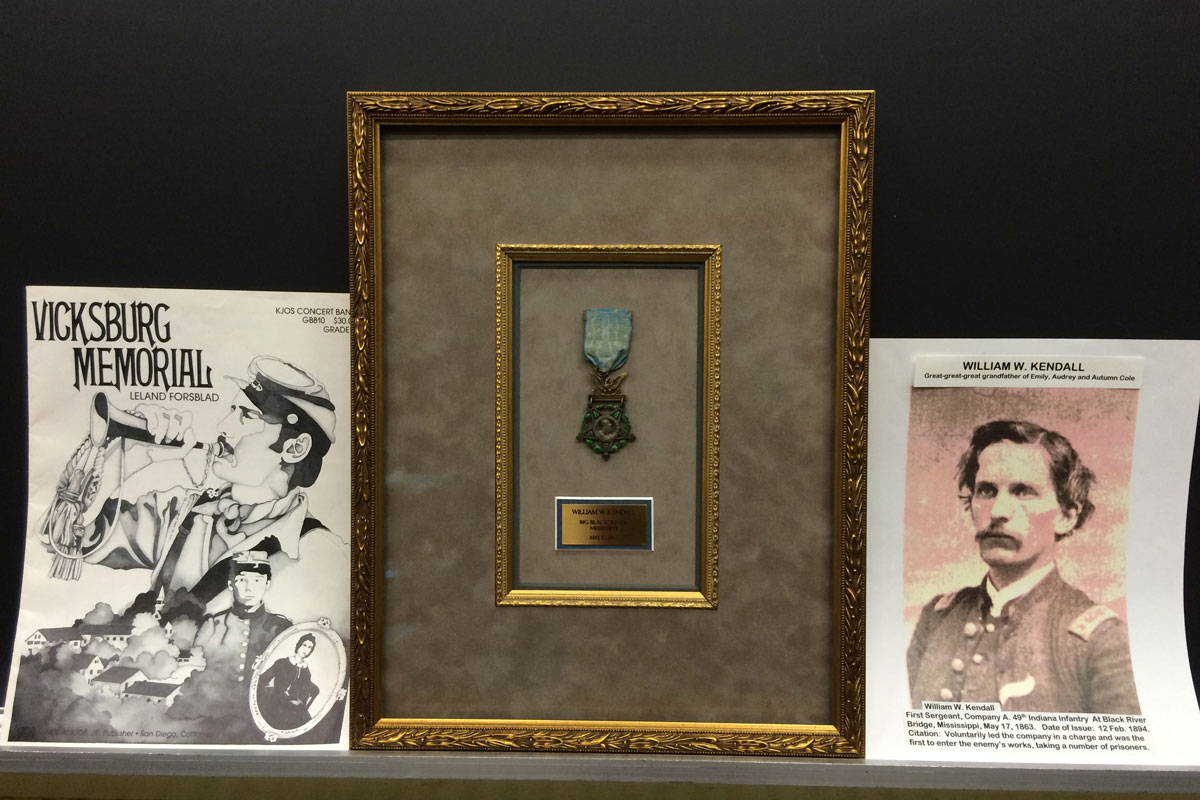 Mr. Rosario invited us to come and speak to the bands and share the stories, medal and pictures that we have. We have the family –tree of his relatives and some of the correspondence from the era.

One of them is a telegram message from the Executive Mansion, directing WW Kendall to release the prisoners that he was guarding because they were to be executed. They were members of the Morgan’s Raiders and the order was given and signed by A Lincoln.

My daughter, Autumn Cole, came with and enjoyed being back at VHS. She is WW Kendall’s great-great-great grand daughter -- and also a VHS band alumni-- Oboe player and drum major, and graduated in 2011. 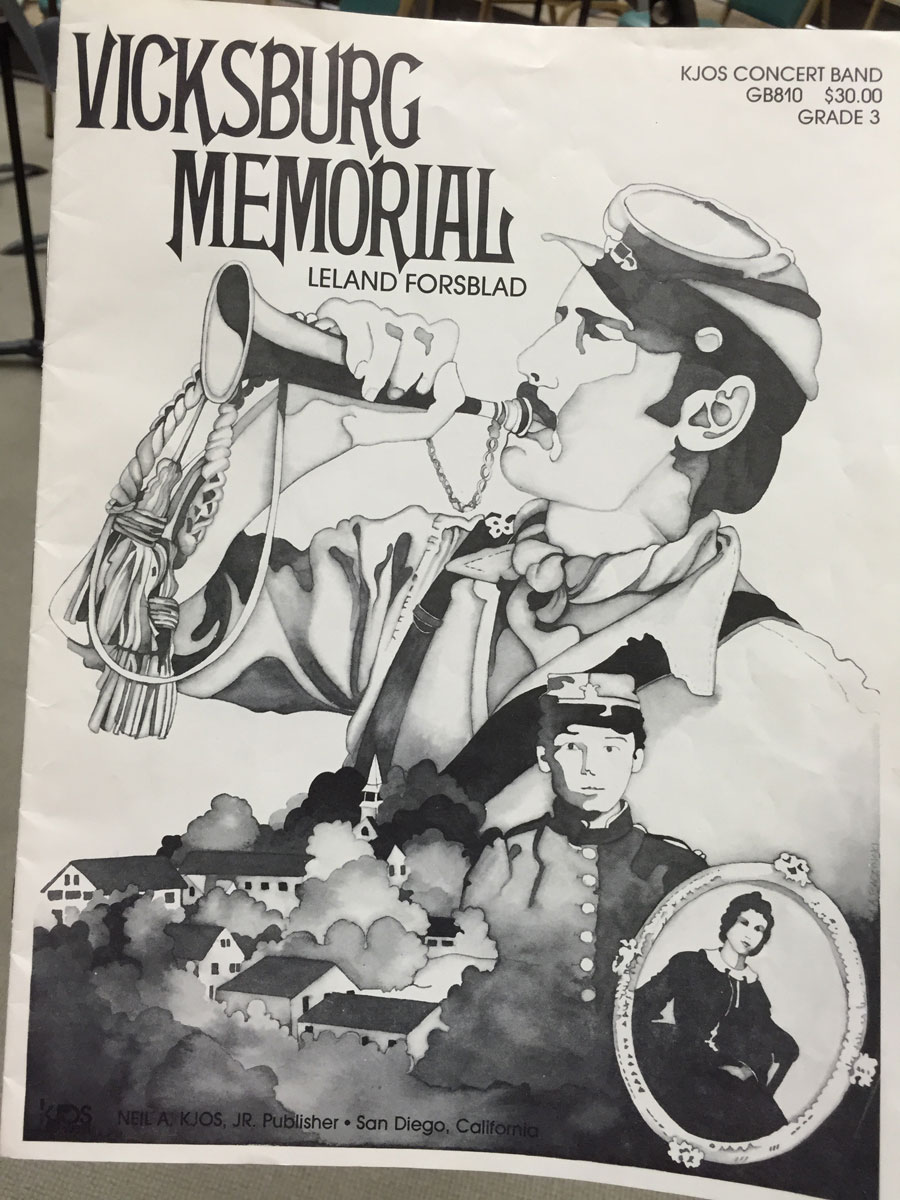 It was great to be able to present this to the students and we encouraged them to talk to their family members and write down their history. We also discussed trips and places to visit and learn the history from the monuments and memorials---- it is a great way to have history be connected to us today.