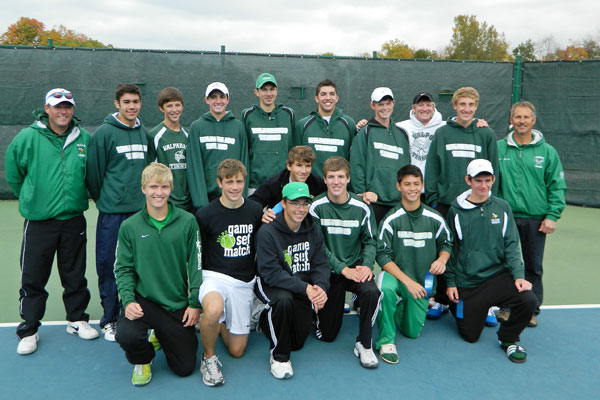 The Valparaiso High School Boys Tennis Team defeated Culver  4-1 at the Culver Military Semi-State Tennis Championship this on Saturday October 6. This brings the boys’ record to 17-2. 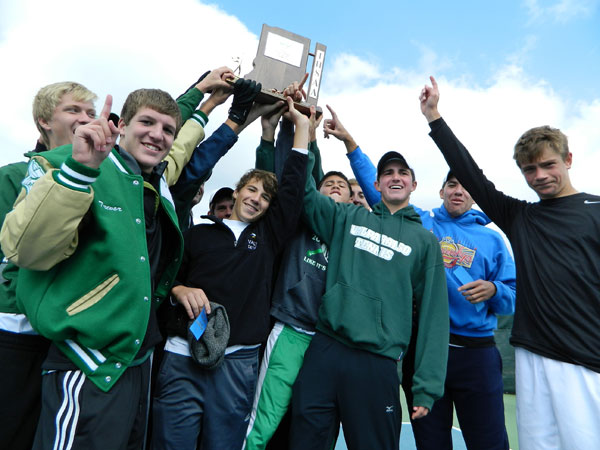 Valparaiso advances to State which then meets on Friday october 12 at 2pm (Central) against Bloomington South. We wish you the very best of luck, boys!

Comments from Coach Matt Evans: "SEMI-STATE Champions! 4-1 over Culver. Great job boys. These kids expect to win every match. On to STATE.

Here are some video links for everyone's enjoyment. First one is 2 doubles with the clinching victory. The other is EC at 3 singles with the final point. Watch as the boys storm the court.