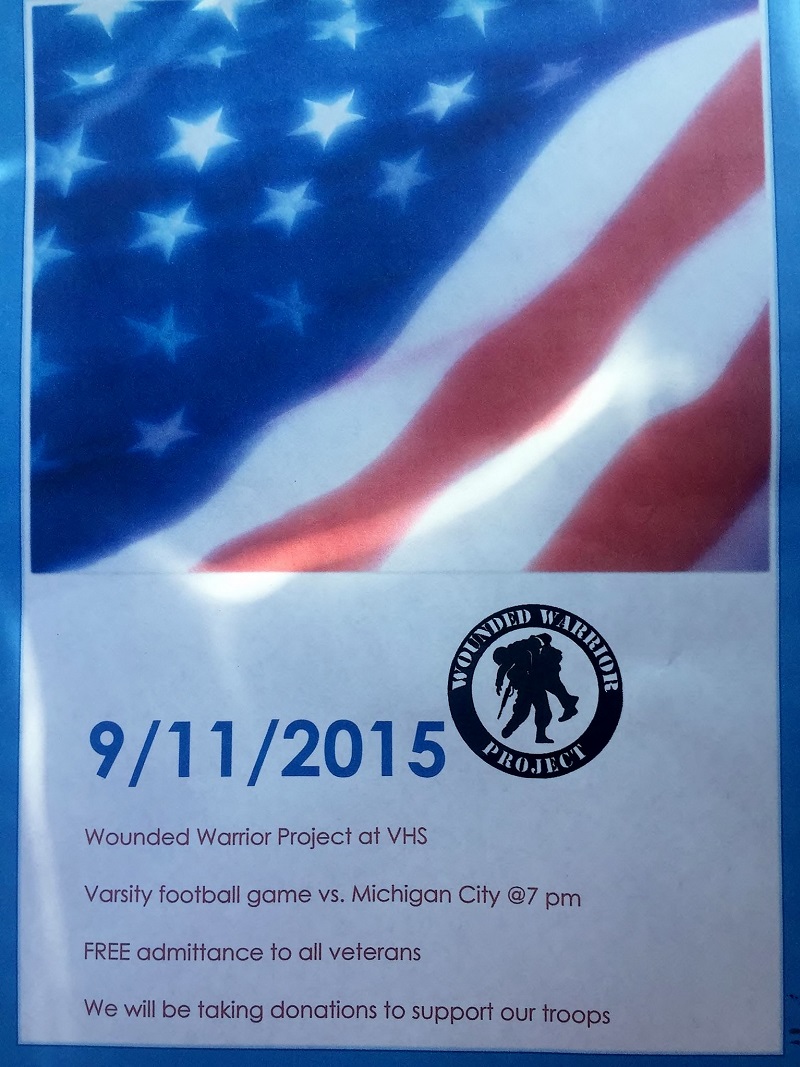 There is something special coming up that you won’t want to miss at Valparaiso High School. Billy Baldwin, VHS junior has a special tribute planned for the Vikings vs. Wolves home game on 9/11/2015.

A fundraiser for the Wounded Warrior Project will take place that night, collecting money for the men and women who have served our country. Baldwin is part of the VHS football team so he wanted to bring two things together that he is very passionate about.

“I decide to do this because I plan to join the military and I wanted to help out somehow,” Baldwin said. “I saw an ad for the Wounded Warrior Project and decided that was a cause I wanted to be part of.”

The Wounded Warrior Project is a nonprofit organization that helps service members who served and obtained a physical or mental injury or illness on or after September 11, 2001. The organization gets the veterans the programs and assistance they need to get back on their feet and contribute to society in the best way possible. The Wounded Warrior Project serves those who served us.

During halftime of the game, a large American flag will be draped across the entire football field. It will be a wonderful display and an excellent photo opportunity. Air One Custom Photography will be there that night, taking aerial shots from above the field.

“We will be collecting money at the gates that will all be donated to the Wounded Warrior Project,” Baldwin said. “And all veterans will get into the game for free.”

So mark your calendars and be sure to come out to pay your respects to the men and women who served and those who continue to serve our country. If you are a military veteran you are very much encouraged to attend as well.