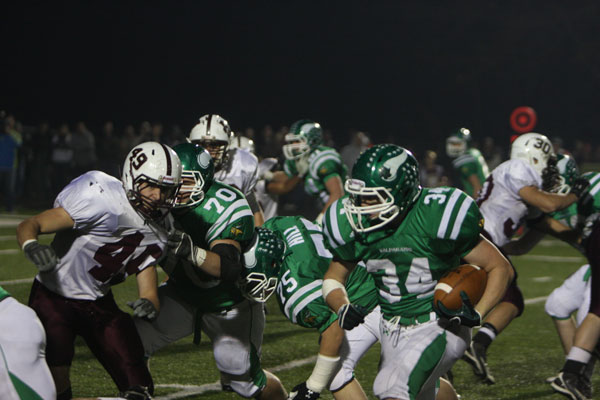 The Valparaiso High School football team became the last remaining undefeated team in the 5A Class in the state of Indiana after they defeated the Mishawaka Cavemen 21-14 on Friday night in route to a Regional Championship.

The Vikings were pressed with their backs against the wall a couple of times after two flukey interceptions, though the squad ultimately pulled through on the team’s strengths this season: running, special teams, and defense.

After falling down 7-0 in the first quarter, the Vikings responded with a deep pass to Adam Thoma, putting Valpo near the goal line. Their next scoring drive was set up with a long kick return from Domonic Coatsolonia, which ultimately set up a goal line carry from Andrew Kittridge to put Valpo up 14-7 late in the third. Kittridge was a star tonight for Valpo, scoring all three touchdowns for the Vikings on the ground, and even came away with a 30+ yard reception on a screen pass from quarterback Paul Andrie. That reception put the Vikings on the two yard line and in position to take the lead late in the fourth quarter.

Valparaiso’s defense was really strong against a Cavemen running attack that featured just about any style of running play a defense could see. Dives, tosses, misdirections, options were all on the table for every play, but the Vikings were able to force Mishawaka into several tough third-down situations, and largely shut down the Mishawaka passing attack.

The Vikings will move on to the State Semi-Finals next Friday against the Fishers Tigers at Fishers High School. The team shares no common opponents with Valparaiso, and come in to the Final Four match-up with just one loss on the year – a road match against Hamilton Southeaster.

It was a great game, and it’s been an awesome season for the Vikings this year. Congratulations on the Regional Championship and good luck next week!

Photos from the game are up to enjoy.  Go Vikings!!! 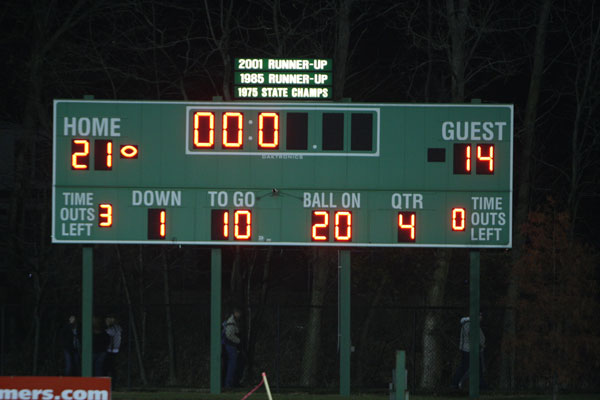