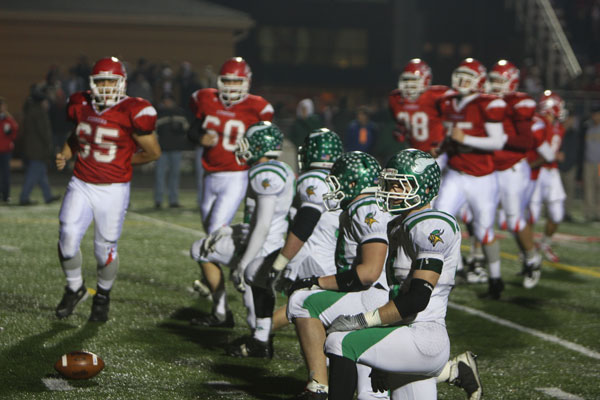 The Valparaiso High School football team fell in their Semi-state matchup against a tough Fishers team on Friday night at Fishers High School. The Vikings fell down 16-0, but fought through the game and ended up putting 12 points on the board.

Valpo struggled to stop the Tigers on their multiple fourth-down attacks, something they didn’t see very often in the more conservative Duneland Athletic Conference. Quarterback Paul Andrie stepped up in a game where running game didn’t have time to develop. He threw a touchdown pass to Dan Hummel and Jerrick Suiter, the latter of whom came up with an incredible one-handed grab at the back of the end zone.

When addressing his team after the game, Coach Mark Hoffman said, “I am proud of my seniors. You guys were great and you played football the right way. And for those of you coming back next year, remember this. Remember what it is like to lose, and remember what it will take to get back on top," he continued. "Carry this momentum into your next sport, whether its basketball, wrestling, baseball or anything else.“

Congratulations to the Vikings on their unbelievable season. They went through the DAC undefeated and at 13-1 posted the most wins in Valparaiso Vikings football history.

Photos from the game can be viewed here