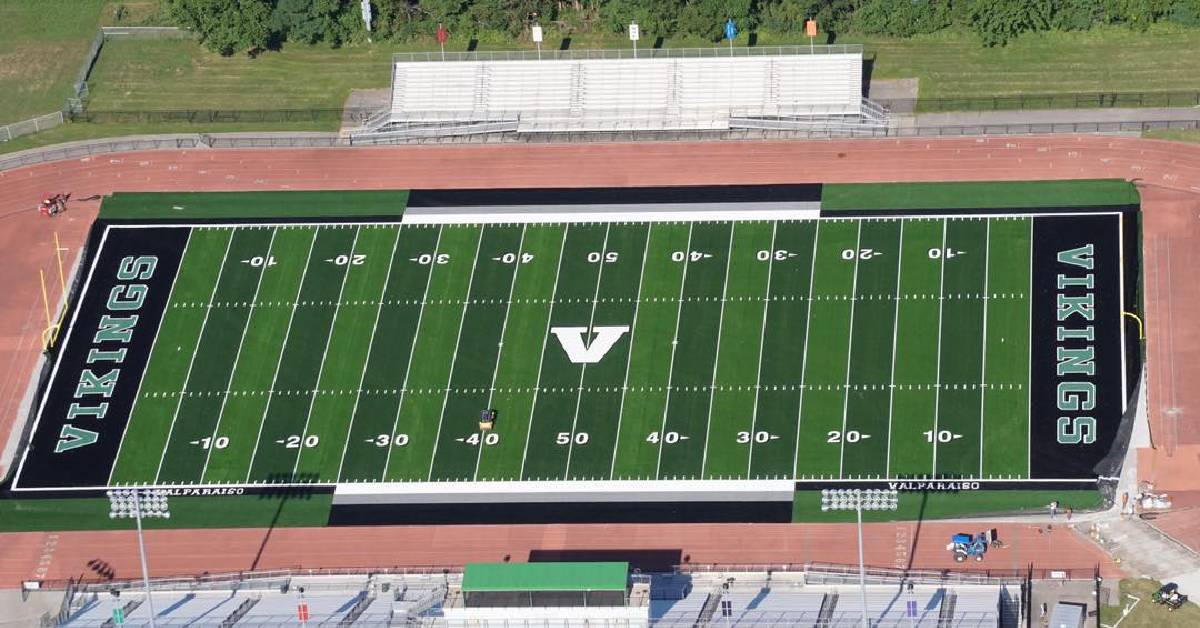 Half a decade ago, the 1969 Valpo High School (VHS) football team carved out their place in history by claiming the school’s first undefeated record. There was no formal playoff system at the time, but all the sportswriters agreed – they were the mythical state champs.

The team was led by Coach Tom Stokes, who had come to VHS in the fall of 1962. Under his direction, the team continued to improve. The 1969 year was when everything came together, VHS football had found its feet.

“Most of us had played together from junior high all the way through high school,” said Rick Underwood, a single-wing tailback on that legendary team. “We were a very tight-knit group of guys with a lot of friendships and relationships that were good then and still are now. We loved playing football and we loved winning.”

Underwood recalled the overwhelming support the team received. He had always thought of Valpo as a basketball town, but that undefeated run put their team in the spotlight.

“The crowds were huge, old Boucher Field was always packed,” said Underwood. “I remember playing against Munster and there were over 7000 people at that game. It seemed like it was a bowl because there were people all around the field. It was pretty incredible.”

As a teenage kid, that kind of crowd can be overwhelming, but all it did for that crew was energize them.

“It was an exhilarating feeling,” Underwood said. “We had a great team, and we felt like we could beat anybody.”

So they did just that, beating Munster, and finishing out the year 10-0 to seal their place in VHS lore.

“It felt like the football team had finally arrived,” Underwood said. “We’d finally cracked the code and let everybody know that VHS wasn’t just basketball, there’s a lot of football here too.”

Underwood is organizing a reunion, taking place on October 4 during halftime at Valpo’s matchup against Merrillville. He wants everybody from that year; players, parents, classmates, cheerleaders, and pep squad members, to come celebrate and remember that historic season.

“It’s a message of unity between a bunch of players that have remained great friends of the years,” said Underwood. “It’d be great to see everybody come out to that game so we can say hello.”