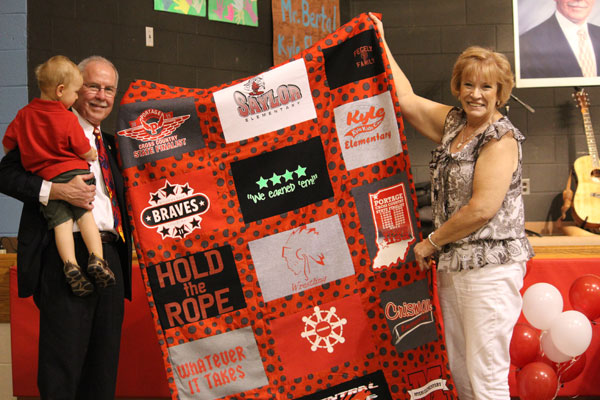 Since starting my tenure as a Portage student, I have had the luxury of a top-notch education. With many great resources and opportunities available, I have been able to excel and grow as a student and as a person during my time in the Portage Township Schools. That can be attributed to great teachers, great classmates, great administrators, great parents or a variety of other factors, but I know that it all started at the top with a great superintendent in Mike Berta. Berta did a thorough job of making sure that the district was operating to its fullest potential.

Berta was not the type of mysterious superintendent who could not be identified by students. Seeing Berta eating lunch in the PHS cafeteria, at a football game or at an elementary recess was not an uncommon site during his time in Portage.

Ask anyone who knows Berta and he or she will tell you the same thing. Mike Berta is passionate about kids.

Berta always made time for the student journalists of the PHS Publications Department and was willing to talk to us about nearly any subject. His face lit up when I asked him whether he had started to form any relationships with Valpo students in the limited time that he has had so far.

“That’s a great question,” Berta said. “As you just said, I have a great relationship with the Portage kids and I’m proud of that. I want to establish that same relationship with students here. I was summoned to go to a City Council meeting about two weeks ago when I was only on the job for four or five days. At the council meeting was a colleague of yours. It was a senior from Valparaiso High School who is highly involved in the journalism at the high school, highly engaged with some of the student activities at the high school. That was the first student that I met, so it was a Brandon Vickrey colleague at Valpo High School. He introduced himself after my presentation at the Valpo council and said, ‘Please, you and I need to get together. I’d like to talk to you sometime, interview you; give you some insight to what we’re doing as students at the high school.’” 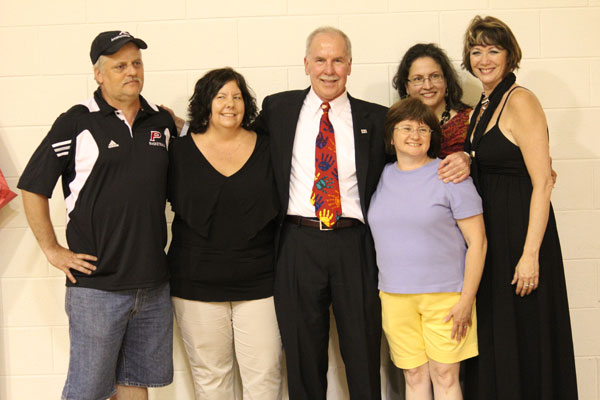 “That was the first contact I had with kids. The second one was the first day of school, I went into three of the elementary buildings and went into the classrooms, just like all those years in Portage, and introduced myself. Some knew me and some didn’t. They said, ‘Aren’t you the new superintendent?’ When I was getting ready to leave I said, ‘Do you remember this face?’ and they said yes. ‘So the next time you see me, you’ll be able to say hello Mr. Berta, you won’t turn away.’ That’s the same thing I would do with students in Portage and that’s what I’m doing here."

I do not think there are many superintendents that value the students as much as Mike Berta does. Not only does he care about providing a great education, but wants to personally interact with as many students as possible. He never fails to ask how my parents, his students from many years ago, are doing when I interview him.

Berta still values the relationships he built during his tenure at Portage, while he looks forward to establishing new ones in Valpo. He was lured out of retirement at the idea of having an impact on a large group of students, teachers, parents and administrators that were in need of a leader.

“Once I decided to take this job, I thought that because of the rivalry between Portage and Valpo, Valpo would see me as a Portage guy and Portage would say, ‘He’s a trader. He never really intended to retire,’ that kind of thing. I want you to know that was not the case at all. I truly did retire. All of these events occurred in the sequence that I described them and I’ve had nobody say these things. I’ve had nothing but support and well wishes from people.”

Berta’s high levels of intelligence and commitment to education are also evident to me after interviewing him, knowing him and seeing the results of his hard-work first hand for many years. Mike Berta, who is one of a kind, is the right man to lead and regroup the Valparaiso School District.

Click here to read my story about Berta's decision to come out of retirement and his plans for the school district!