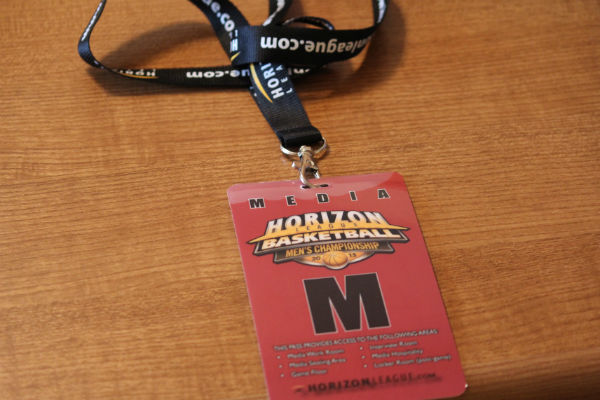 Throughout my young career as a journalist I have been fortunate enough to have many opportunities and cover a large spectrum of different sporting events, but none have been more thrilling than the Horizon League Tournament at Valparaiso University.

Click here for a roundup of the games that I covered for ValpoLife.com, which has entered an exciting partnership with Valparaiso University. For me, the chance to cover the tournament represented the beginning of my transition from high school to college. I will be taking in many more Crusaders’ games over the next four years as I attend Valparaiso University to study digital media and participate in student publications.

Though it is always important to be professional and put aside all “fan” emotions while covering a game, I knew going into the tournament that I wanted to soak the experience up and enjoy it as much as possible. 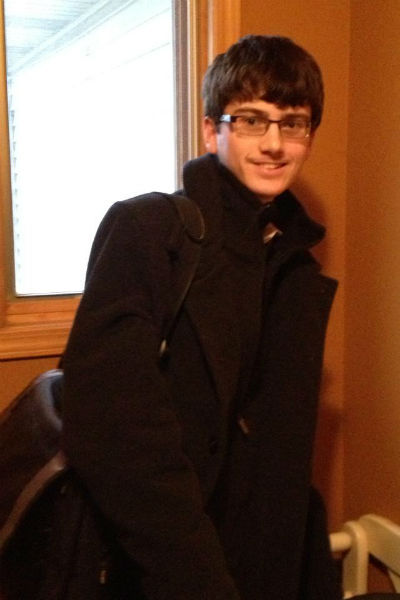 The tournament exceeded my expectations on every level. In a five day period, I covered six Horizon League Tournament games (five men’s, one women’s) at the Athletics-Recreation Center, three buzzer-beaters, arguably the second greatest shot in Valparaiso basketball history and the Crusaders’ first league tournament title since 2004. It was not too shabby of a way to get my feet wet covering Division-I college basketball.

The differences between Division-I basketball and the high school ranks were evident throughout the tournament. The Valparaiso University Athletic Department does an incredible job making the media members’ duties as easy as possible. The staff provides updated statistics during every media timeout and helps organize postgame press conferences with players and coaches. Each team involved in the tournament put together detailed game notes with useful facts, figures and information.

While remaining focused on the job of covering the tournament, I had to pinch myself every once in a while to make sure the experience was not a dream. I interviewed longtime Valparaiso radio broadcaster Todd Ickow, interacted with head coach and former NBA player Bryce Drew, sat in on the State of the Horizon League Address delivered by Commissioner Jon LeCrone and covered the games with sports media celebrities like ESPN personalities Adam Amin, Bob Wischusen, Stephen Bardo, Jim Barbar and Malcolm Huckaby, WGN Radio and Comcast Sports Net sportscaster David Kaplan, Chicago Tribune sports writer Fred Mitchell and Green Bay Packers play-by-play broadcaster Wayne Larrivee. 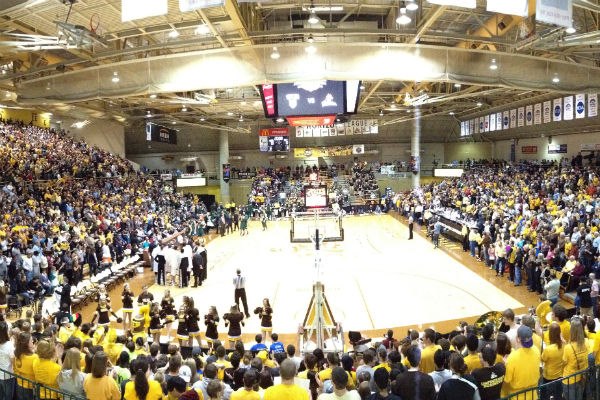 For some sports writers, it takes decades in the business to cover a game as exciting as the one on Saturday night, when Ryan Broekhoff drained a three from the right wing as the buzzer sounded to give Valpo a 70-69 victory over Green Bay and a spot in the Horizon League title game.

That shot provided me with a memory that I will recount for years to come. Although I was spoiled with the quality of basketball and high level of crowd energy I saw and heard during my first stint at Valparaiso University, hopefully this is just a glimpse of what my experience at Valpo will be like. After this taste of Valpo’s campus and sporting event environment, I have realized that when the time comes for me to depart Portage High School and move on to VU, I will be ready.