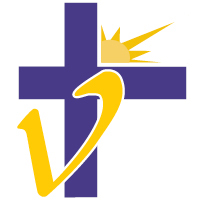 How quickly this school year has flown by! It’s been an exciting year at Victory and the future is very bright for VCA. We are eagerly looking forward to next school year in our renovated building, filled with many new faces and families. However, we will be sad to see our ten graduating seniors leave us at the end of this year. As their homeroom teacher, it has been my pleasure to personally get to know each one of these young men and women over the past year. Each of them is uniquely gifted by God and has so much potential as they move ahead into the next chapter of their life. Here is a little bit about each senior and their future plans so that you can best pray for them as we send them out into the world.

Claire Abner attended Victory for all of her high school years. She is a very talented artist and her work has often been displayed throughout the school. Next year she will continue to develop her art as she attends Herron School of Fine Arts in Indianapolis.

Jordan Armstrong has long been a familiar face at VCA, attending the school for the last seven years. Jordan is a very intelligent, funny young man who is loved by his classmates. He played soccer this past year and was one of the best players on the team. He loves technology and plans to study computer programming in Utah. Sam Brown came to VCA last year and has quickly become a leader among his peers. The captain of the baseball team and student council president, Sam has risen to the challenge of leading and has excelled in that area. After graduation he will be attending Grace College in Winona Lake, IN to study business.

Katie Delisio has been at Victory for almost its entire existence. While she has been involved in numerous school activities, she is best known for her kindness to others. Katie is a shining light at VCA. Next year, she will be attending college at Indiana State University in Terre Haute.

Katie Fiebelkorn has spent the last three years at Victory. She has a wonderful sense of humor and can often be found serving staff in the office. She has been a great help to Mrs. Kellogg throughout the last two years. She will be continuing her education at Purdue North Central in the fall.

Taylor Kubit enrolled at VCA last year and instantly was well-liked by her classmates and teachers. She was a big part of this year’s basketball team and recently launched an anti-bullying ministry amongst her peers. Next fall she will attend Purdue North Central.

Evan Longhi started at Victory last year and immediately got involved in our athletic program. He quickly became a crucial part of the baseball and basketball teams. He has a great, charismatic personality that endears him to the students of VCA. Next year, Evan will attend Indiana University in Bloomington to study business.

Lacey Montgomery also began attending Victory last year. Her quiet nature hides the fact that she has a really great sense of humor. She has been extremely helpful in the office this year, assisting Mrs. Ayers and Mrs. Mullins at every opportunity. She will continue her education at Ivy Tech in Valparaiso.

Maddie Parker re-enrolled at VCA last year and it has been a pleasure to have her as part of our student body. She has a gentle, caring spirit and a heart that follows God. Her leadership on the worship team has been a blessing to Victory this year. Next year, she plans to attend massage therapy school or Manchester College.

Matt Stefanski has spent all four years of high school at Victory. Our valedictorian, Matt has been one of the brightest students we have had at VCA. This year, he helped to found the Victory Voice, our first school newspaper. Matt will attend the Indiana University school of journalism in Bloomington this fall.

Please pray and continue to pray for these fine young men and women as they take the next step forward in their life. My prayer is that they will know God and make Him known at their colleges, their jobs and in their families.