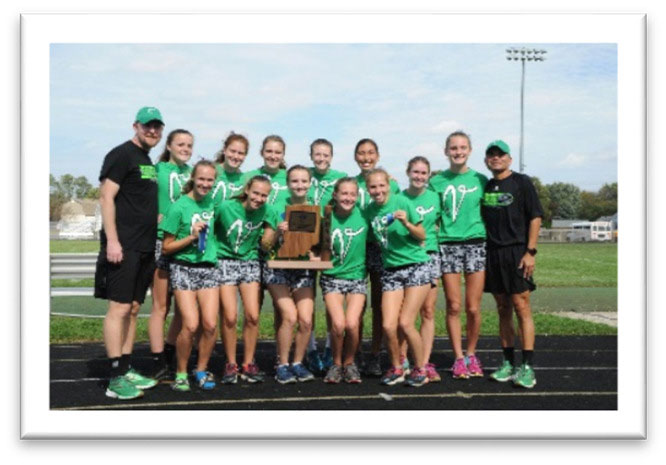 We obviously want you to attend and support our athletes at all of our events, but have you watched the Friday night play-by-play broadcasts put on by Mr. Phelps’ Porter County Career and Technical Center Video Production class? They are fantastic! This past week they also broadcast all of the girls soccer sectional games live on ValpoLife.com. Valparaiso High School senior Colin Thompson does the play-by-play call for all the Valpo games and Washington Township senior Aaron Carmichael does the commentary. Several other VHS students including Ema Pollitt, Morgan Silhavy, Cole St. Aubin, Tyree Jakes, Jason Gladney, Aidan Gonzales, Emily Kirby, Zach McGuire, and (VHS QB) Reece Crossin are involved in the game night productions. They are also responsible for the content of the large video board. Check them out, they do a great job!

Valpo High School senior Tyree Jakes, documented the 2017 Homecoming and welcome back for 1944 Football Queen Shirley Wiencken. Tyree completed this documentary and as Ms. Wiencken's daughter put it, "he captured the magic of the evening and we, as her family, are forever grateful for this gift." Check out the video on YouTube: https://youtu.be/42hSvMK8io0

Recently football players Jake Evans and Charlie Healy stepped out for lunch and headed to Cooks Corners Elementary last week. Jake had learned of a Cooks Corners student who was in need of a pick me up. Jake and Charlie joined this young man for lunch to brighten his spirits and provide him with some encouragement. Thank you to all of our Valpo student-athletes who shine in the classroom, on the field of competition, and in the community.

The girls’ soccer team lost a heartbreaker on Saturday night in the IHSAA Sectional championship game to Chesterton. Tied at 2-2 the game went into overtime. Chesterton came away with the 3-2 victory. Scoring for the Vikings were Olivia Shaw and Claire Brogan. The Vikings finished their season 13-5-2 and 4-3 in the DAC. Congratulations Coaches Cespedes and Oglesby and the ladies on a great season!

The Varsity football team defeated Portage 23-20 running their record to 7-1 overall and 5-1 in the DAC. They host Lake Central on Friday for the regular season home finale. With a win they will claim an outright DAC Championship. The Vikings will host Penn in a rematch of week one in the first round of the IHSAA Sectional on Friday, October 27 at 6:30 PM. The JV easily dispatched Portage on Saturday morning 26-7. The freshmen beat Portage 35-0 on Thursday night running their record to 6-2.

The girls’ cross country team easily won the IHSAA Sectional at New Prairie on Saturday placing the top seven runners in the top 25 overall. Ava Gilliana led the team in 2nd place overall followed by LoganFerngren in 4th, Emily and Sarah Worthington in 9th and 10th respectively, Elena Kipp in 14th, Julia Arnold in 18th, and Hannah Fitzgerald in 23rd. Next up is week two of three in a row at New Prairie in the IHSAA Regional.

Freshmen volleyball ended their season this past Saturday in their own four way invite. They beat Mishawaka and Chesterton, but lost to Penn. They ended their season 25-4 and 10-2 in the DAC. Nice job ladies! The JV played in the LaPorte Invite. They went 1-3 beating Highland, but losing to Munster, Crown Point, and New Prairie. The finished the season 12-19 and 77 in the DAC.

The Varsity volleyball team beat Hobart 25-6, 25-14, 25-14 in the first round of the IHSAA Sectional. They will face Michigan City on Saturday morning at 10:00 AM in the semi-finals in Viking Gym.