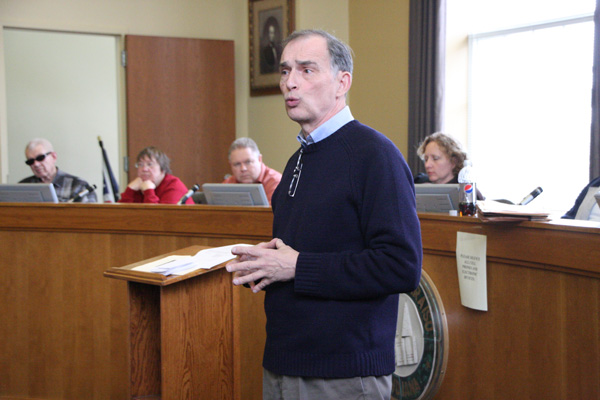 Today, Congressman Pete Visclosky announced several awards for Northwest Indiana communities and transportation projects, as part of H.R. 5850, the 2011 Transportation, Housing and Urban Development, and Related Agencies Appropriations Act. H.R. 5850 passed the U.S. House of Representatives last night by a vote of 251 to 167.

The awards will support the continued execution of the South Shore Line capital reinvestment plan, neighborhood redevelopment in Gary, and streetscaping in Porter County.

“Having a reliable transportation infrastructure and supporting community development are critical elements to ensuring solid employment, expanded opportunities, and a good quality of life for residents in Northwest Indiana,” said Visclosky. “These funds will create jobs, transport people to and from their jobs, and attract new investment. They will help revitalize our communities.”

Support for the South Shore Line’s capital reinvestment plan will be used to continue with the design and construction of new centralized traffic control and power distribution systems to increase train reliability and control. Existing Northern Indiana Commuter Transportation District (NICTD) systems, which operate more than 12,800 trains annually and help return more than $225 million in riders’ wages and salaries, are more than 75 years old.

After hearing of the funding provided by the House of Representatives, NICTD General Manager Gerry Hanas said, “Congressman Visclosky's enduring support is helping NICTD to address some of our most critical operations and infrastructure needs. His is a true partner in helping to ensure reliable service for our riders, and we cannot thank him enough.”

An award for Porter County will be used by the County’s Board of Commissioners to install sidewalks in the residential neighborhoods of South Haven and Salt Creek Commons to ensure safe connections for area residents to schools, parks, shopping, libraries, and residential units.

Porter County Commissioner Bob Harper voiced appreciation for the funding. “I and the citizens of South Haven and Salt Creek appreciate Congressman Visclosky’s ongoing effort to secure funding for sidewalks in these neighborhoods. Ever since the sidewalk issue and the children affected came to light, he has been able to work with the community to secure these funds, which help provide safe passage for residents.”

Resources for the City of Gary will be used toward the redevelopment of the city’s Midtown neighborhood through the demolition of unusable and vacant buildings to stimulate community revitalization.

Mayor Rudy Clay stated, “We are aggressively pursuing grants and funding opportunities that will aid the city in ridding itself of the abandoned structures in the city. This effort is extremely important to the economic recovery our community. We thank Congressman Pete Visclosky for his work in helping the city secure $500,000 through the Transportation/HUD Appropriations Bill and for his support of the city of Gary.”

The legislation passed yesterday provides $1,000,000 in federal support for NICTD, $500,000 for the City of Gary, and $500,000 for Porter County. The funding now awaits consideration by the Senate.