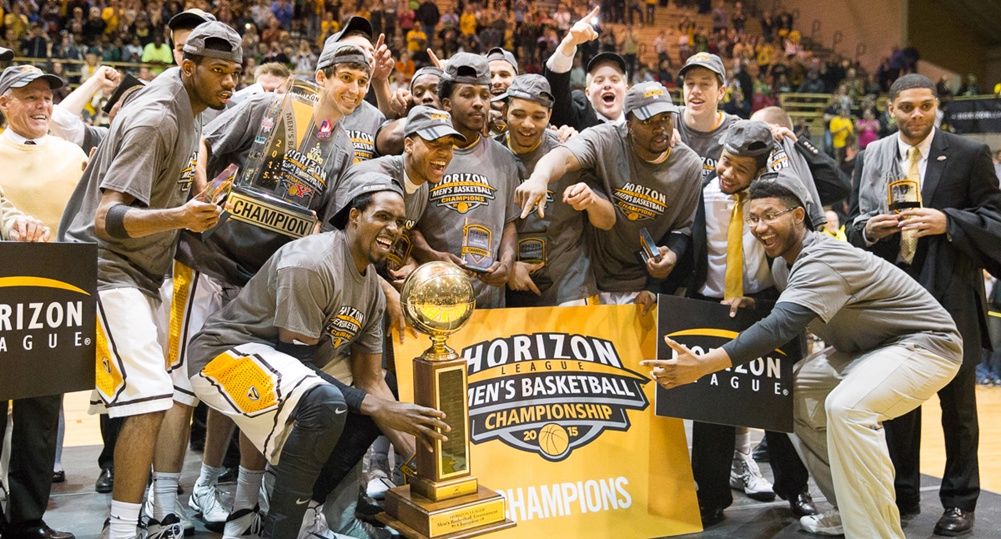 The Valparaiso University men’s basketball program’s road to defending the Horizon League title begins at the ARC on Saturday, January 2 and features at least five ESPN broadcasts, as the league announced the full league schedule on Thursday.

The league schedule opens for Valpo right after the start of the new year, as the Crusaders host UIC at the ARC on Saturday, Jan. 2. The Crusaders will then make their swing through Michigan the next weekend, playing at Oakland on Friday, Jan. 8 before taking on Detroit two days later. The game against the Golden Grizzlies will either be an ESPN2 or ESPNU broadcast, with ESPN scheduled to pick the broadcast network a few weeks prior to the game.

Valpo returns home to host Milwaukee (Jan. 14) and Green Bay (Jan. 16) the following week before heading out on its longest stretch of road games within the league slate. The Crusaders will play at Youngstown State on Monday, Jan. 18 – a game which will be an ESPN3 exclusive broadcast. Valpo will return home for a couple days and then head back out on the road to play at Wright State (Jan. 22) and Northern Kentucky (Jan. 24).

Four of the next five games will be at home – contests against Cleveland State (Jan. 28), Youngstown State (Jan. 30), Northern Kentucky (Feb. 11) and Wright State (Feb. 13). Meanwhile, the only road game in that stretch is an easy trip for the Crusaders, as they make the short trip over the Indiana/Illinois border to play at UIC on Saturday, Feb. 6.

Valpo will get the opportunity to play on the same court that LeBron James and the Cleveland Cavaliers call home, as the Crusaders’ game at Cleveland State on Tuesday, Feb. 16 will be played at Quicken Loans Arena. The ARC will then host its final games of the regular season that following weekend, as the Crusaders welcome Oakland on Friday, Feb. 19 – an ESPNU broadcast – and Detroit on Sunday, Feb. 21.

The regular season concludes with the swing through Wisconsin, with games at Milwaukee Feb. 26 – an ESPN2 or ESPNU broadcast – and at Green Bay Feb. 28 – an ESPN3 exclusive. The 2016 Horizon League Championship will be hosted by Joe Louis Arena in Detroit Mar. 5-8, with the tournament champion earning the league’s automatic berth into the NCAA Tournament. The second round of the tournament will be carried on ESPN3, the semifinals on ESPNU and the title game on ESPN or ESPN2.

The quintet of ESPN broadcasts within league play give Valpo at least six ESPN broadcasts during the 2015-16 season, joining the previously announced Tip-Off Marathon game at Rhode Island in November. In addition, the American Sports Network will again have a package of games this season, with those selections being released in the coming weeks.