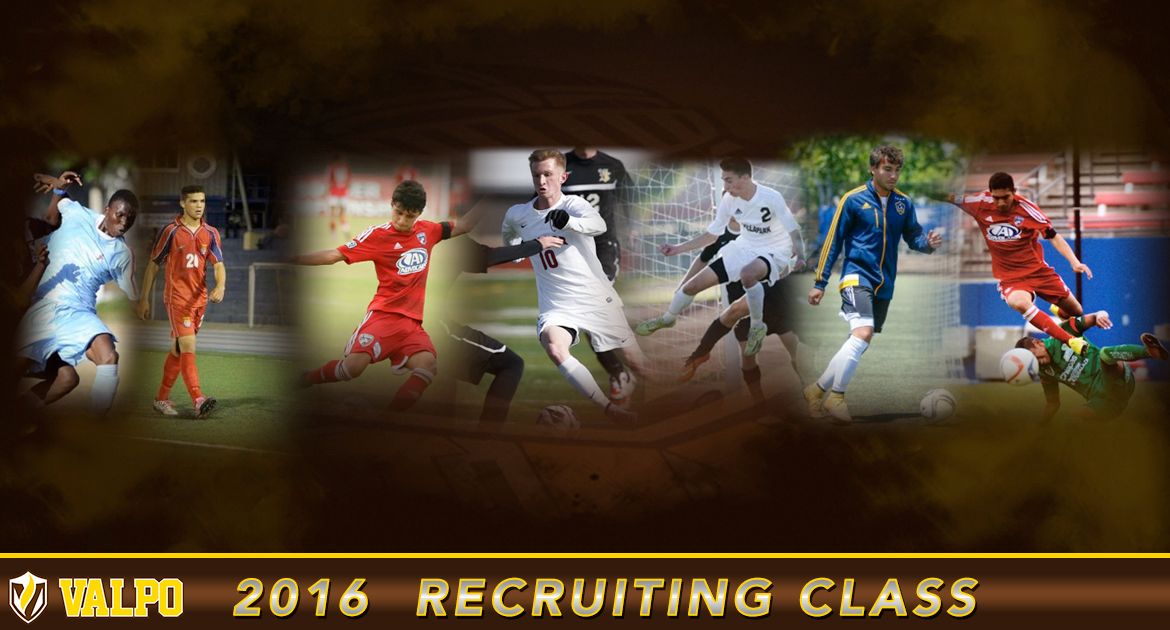 Valparaiso University men’s soccer head coach Mike Avery announced today a talented group of players set to join the Crusaders in 2016, as the men’s soccer program welcomes seven new additions to the current squad. The 2016 class is comprised of student-athletes from three different U.S. states and four total countries, and joins a Valpo squad that is looking to build off a 7-6-5 (3-3-3 Horizon) season in 2015 – a season which included a 3-1-1 mark for the Crusaders against teams ranked in the top-25 nationally.

For more detailed information on all seven signees and thoughts from Coach Avery, see the attached document.