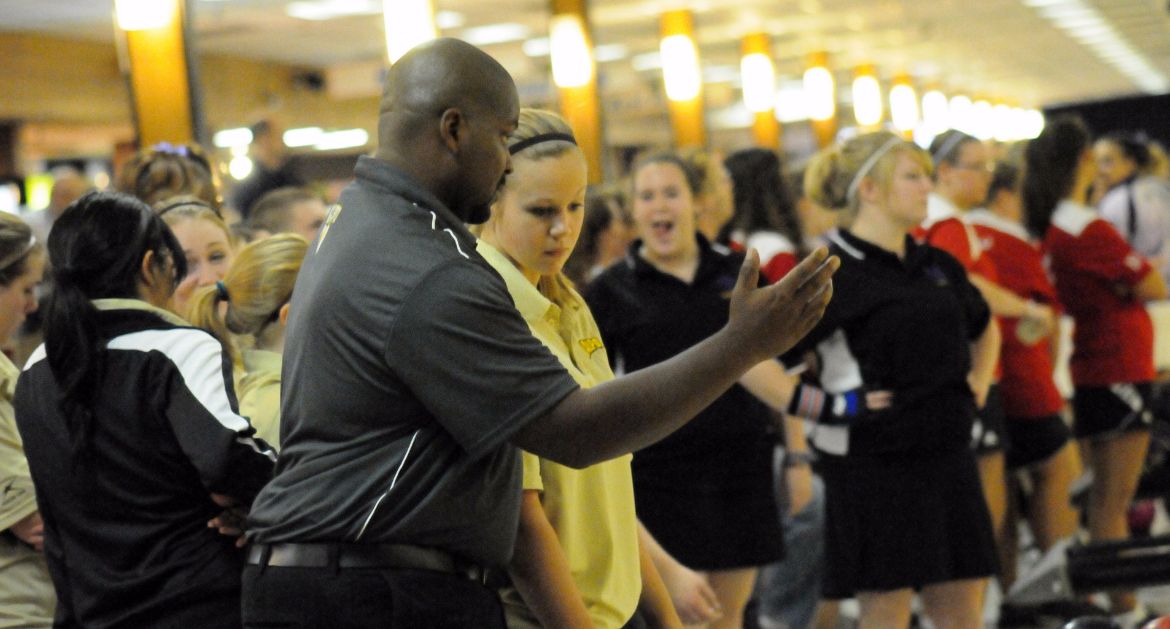 Valparaiso University Director of Athletics Mark LaBarbera announced today that Shon Washington has returned to Valpo for his second stint as head coach of the Crusader bowling program. Washington previously led the Crusaders as head coach during the 2010–2011 season after serving as an assistant coach at Valpo during the program’s inaugural season.

Washington helped launch the Crusader program from its inception, serving as an assistant coach for the inaugural season as Valpo went 68-46 and finished the season ranked No. 10 nationally. He then was promoted to head coach for the 2010¬–2011 season and guided Valpo to a 52-48 record and a No. 14 ranking to end the year. In his one season as head coach, he coached Natalie Cortese ’12, who was named an Honorable Mention All-American.

“I am very excited that Coach Washington will be returning to lead our bowling program once again,” said Stephen Anthony, senior associate director of athletics and former bowling head coach. “His knowledge of the sport, coaching experience and passion for the sport make him one of the best coaches in the country, and I'm excited for our program to have his leadership once again. Coach Washington’s involvement in the local and Midwest bowling community is critical for future Valpo success, and I know he will guide our student-athletes and program to success on a national level.”

Washington has remained active in coaching since his time at Valpo. He spent the 2011–2012 and 2012–2013 seasons as a volunteer assistant coach at Lake Central H.S. Most recently, Washington was head coach for the Shepard (Ill.) H.S. bowling team during the 2015–2016 season.

Prior to his first stint at Valpo, Washington spent four years as the head women’s bowling coach at Calumet College of St. Joseph. Leading the program from its inception, he led the Crimson Wave to the United States Bowling Congress Intercollegiate Team Championships in just its second season and ended the 2007–2008 season ranked No. 14 nationally. Washington led Cal College to a second straight appearance in the Team Championships in 2008¬2009 as well.