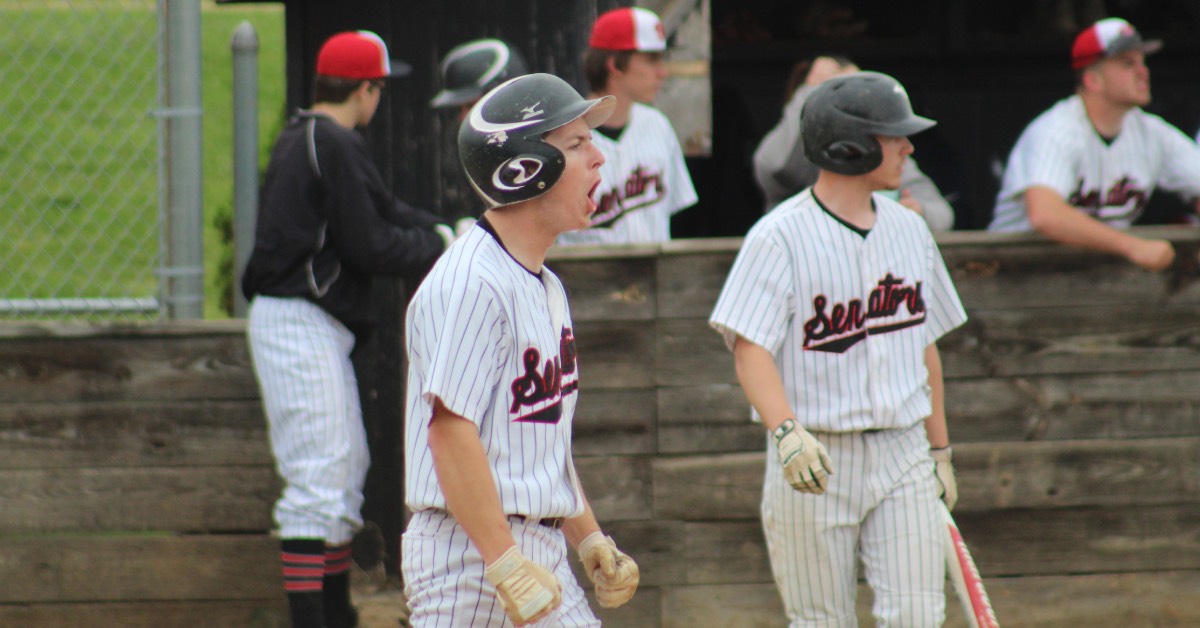 On Monday night, the Washington Township High School Baseball Team hosted the Kouts Mustangs for a Porter County Conference (PCC) tournament game. For the first two innings, neither team scored, but in the bottom of the third, the first run was scored by the Senators.

The Mustangs quickly came back in the top of the fourth, stealing bases until #12 Owen Winters was able to score the first run for Kouts.

In the top of the fifth, #12 for the Mustangs, Owen Winters, brought himself and #18 home with a home run. The Senators scored two more runs in the bottom of the fifth, bringing the score to Senators 5, Kouts 4.

At the top of the seventh, #12 Owen Winters scored another run for the Mustangs. This was the last run of the night and the game ended with a final score of 6-4, leaving the Senators with the win.

"I feel good that we came back, that we kept battling," Roberts said. "We made some mistakes, yet we kept fighting and came out on top."