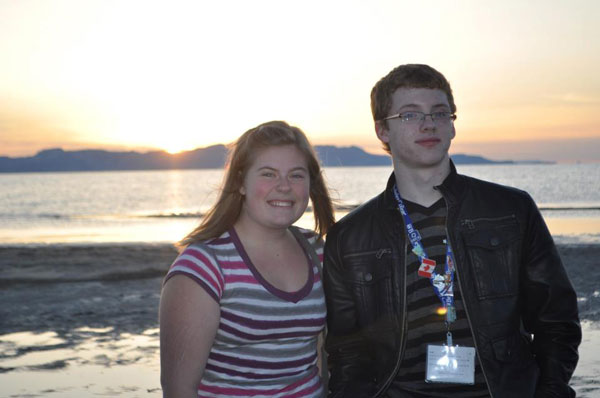 Washington Township DECA proved to be quite the competition at their International competition this past weekend. DECA, An Association of Marketing Students, annually has three competitions - Districts, State, and Internationals. The International Career Development Conference, or ICDC, began on April 28th until April 2nd in Salt Lake City, Utah. Around 15,000 students attended for the competition, the leadership academies and voting for their national officer representatives.

Washington Township sent two students to ICDC this year - Andrew Guenther and Holly Evans, both juniors who have been in DECA since their sophomore year. While at the conference, the two of them met students from the Canadian provinces of Toronto and Quebec, Guam, Puerto Rico, China and all 50 United States. They followed the DECA tradition of trading pins with people from other states/countries, which promotes meeting new people and creating international relationships.

Andrew Guenther went to ICDC to compete in Hotel & Lodging Management, his chosen category, and to attend DECA LEADS, a mandatory leadership development academy for state/provincial officers. While in DECA LEADS, Andrew mentions that he 'met a lot of officers from many states - especially Arizona, Texas, Michigan, Virginia and Washington'. In addition to gaining new friends, Andrew exchanged ideas in order to improve the Indiana Charter of DECA next year, when he serves his term as District 1 President.