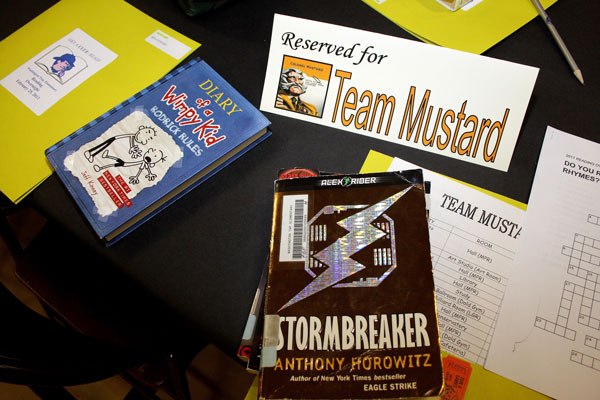 For 22 years, Washington Township Elementary has hosted "Reading Overnight." This year's theme was based on the board game, "Clue." I asked Michael Funk, a 4th grader, why he decided to attended, "I love the game of Clue and thought pretending to be a detective would be fun." When he arrived at school and was greeted he thought it was "so cool how they decorated the school."

On Friday, evening around 4:30 4th and 5th graders from WTES checked in with the butler and were assigned to a team and given a shirt to designate who they were with. For example, Mrs. Scarlet's team wore red, Colonel Mustard's team wore yellow. The Butler asked the guests to help him figure out who stole, which book of Mr. Ihssen's, and where it was hidden. The teams rotated to various rooms that parents and staff decorated such as the Ballroom (gym,) the Billiards Room (a classroom) and others. 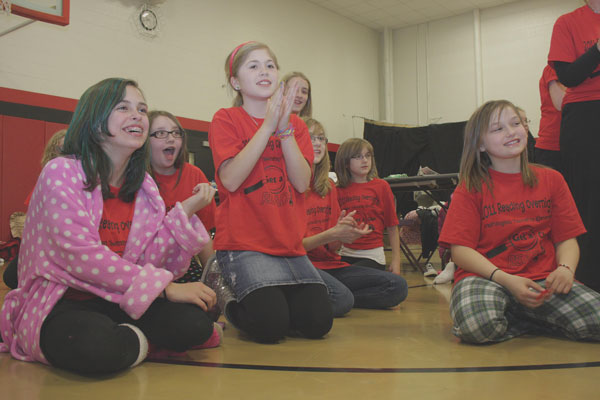 The students were then given clues, as they participated other related competitions. Throughout the evening they had several designated 30 minute quiet reading times as well. The competitions included physical activities like dress up relays and mind puzzles such as word searches. In addition to the games and reading time, the students were able to get their photos taken in the "Library" as a commemorative take home piece, enjoy a pizza party, and hear from guest speakers. The guest speakers this year were Valparaiso Police Chief Michael Brickner, and Detective Phil Rochon. Then officers brought in real tools of the trade and explained how they were used to help solve crimes. The students were allowed to view the items and ask any questions they had.

The students won small prizes throughout the evening competitions but during breakfast on Saturday morning the raffle prizes were drawn and the larger prizes were given away when it was announced just who stole the books and how. All the teams were successful in solving the mystery deducting that Mr. Plum stole the "Bronze Bow" and hid it in the hall. 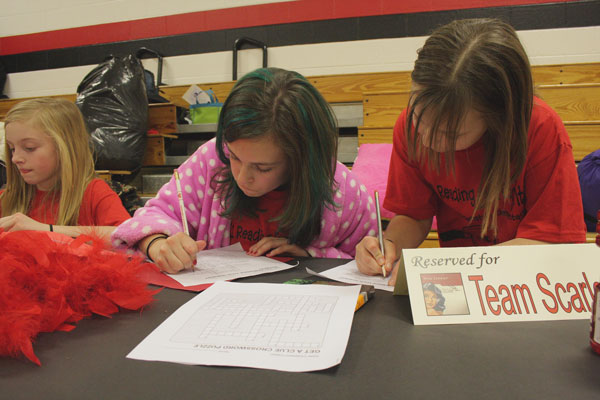 I was able to speak to Tess Boby, a fifth grader who has attended for the second year, would encourage younger students to attend when they were able, "It was a blast, even better than last year!"