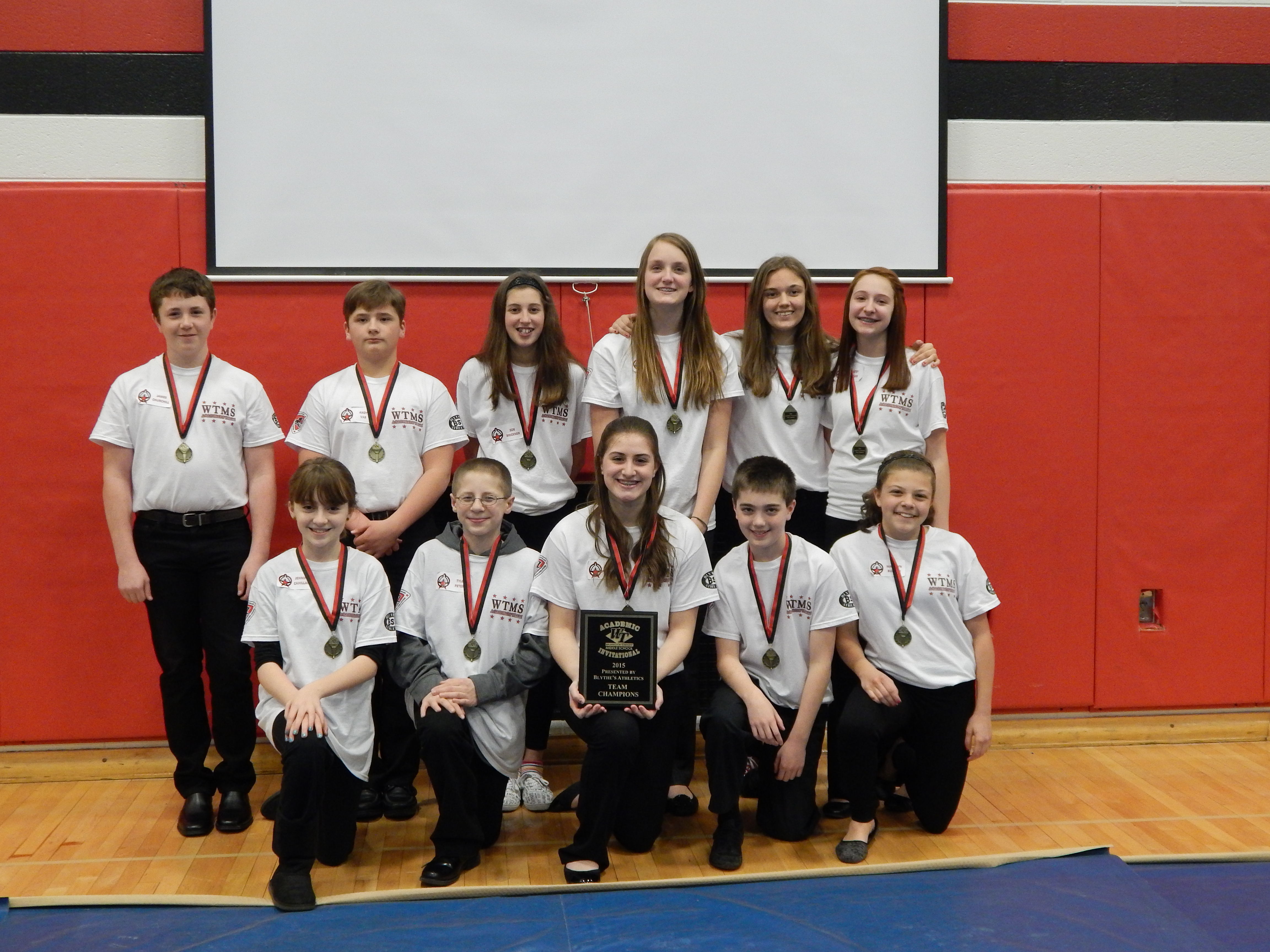 Led by a win from their Science team, and second place finishes by their Social Studies, English and Interdisciplinary teams and a third place showing by the Math teamâ€¦Team Senator Black won the team title outdistancing the Bearcats of Union Township Orange 90-78.

WTMS Team Senator Red also had a strong showing on Saturday winning both the Social Studies and Interdisciplinary Rounds while placing third overall.

The Social Studies team scored a near perfect 24 out of 25 to capture the honors on Saturday. The team was compromised of Sunjay Raman, Charlie Schmidgall, Megan Boby, and Corrine Martin.

The interdisciplinary Team was made up of Sunjay Rama, Megan Boby, Julia Tarpley, and Valerie Churchill.

WTMS Team Senator returns to action on Saturday May 2 at the LaPorte Class 4 Regional Competition. Their score at the LaPorte Regional will be compared against the other 51 schools in class 4 to determine state champion!