The eclipse has been news for weeks, but on Monday the event finally took place allowing many to see this amazing celestial event for the first time in their lives. For Washington Township Middle and High School students, the eclipse granted them a few moments of escape from the classroom, but also the chance to experience such a rare phenomenon firsthand.

Students at the middle and high school, armed with permission slips and eclipse glasses, were excited as they took the walk outside into the courtyard. Previously briefed with safety tips, the groups of students placed their glasses on and turned to face the sun, watching as the moon began to make it’s slow pass. The opportunity to view an eclipse was scientific, but also an opportunity to give the students some perspective. 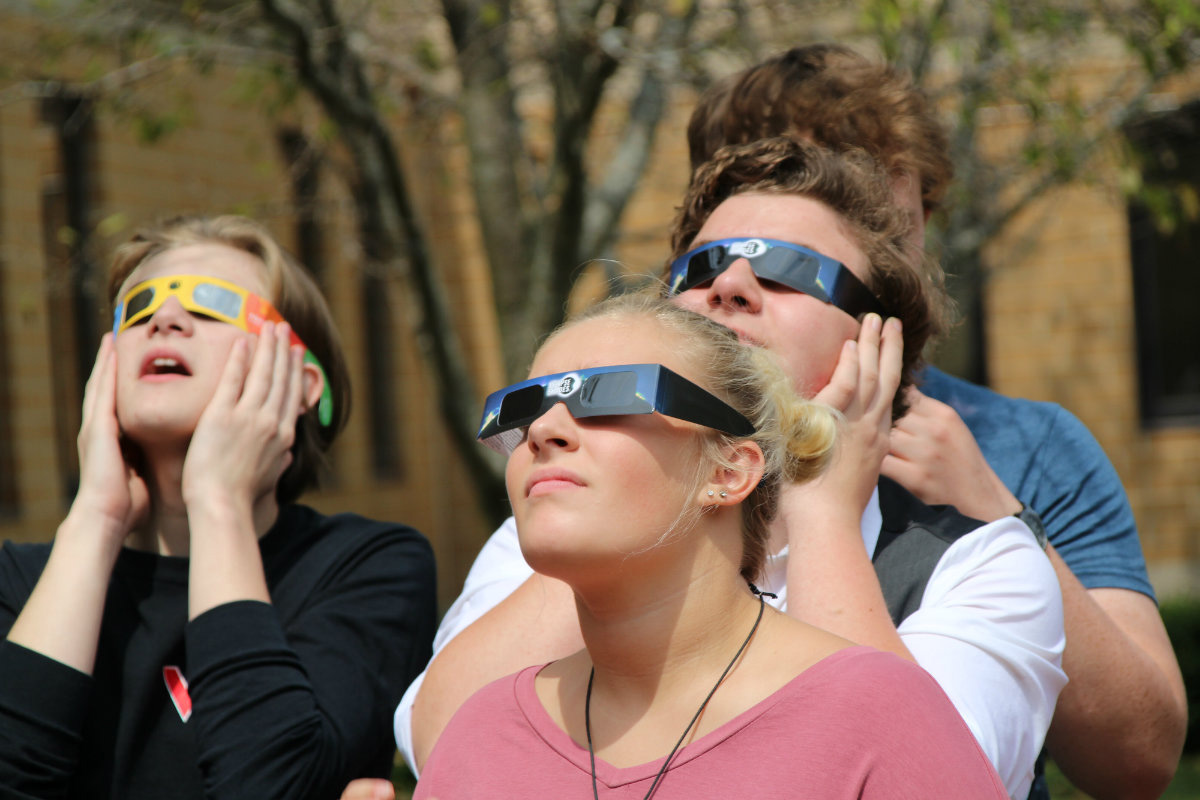 “We like to have the kids do some observational sciences for one thing, and we want kids to realize that the world is bigger than some of the little problems they may have. So, it’s good to see the big picture, the universe, the solar system,” said Todd Hutson, Physics teacher for Washington Township.

The last total solar eclipse visible to the United States happened in 1979, making this the first one possible for these students to see. The next total solar eclipse will happen in 2024, meaning many will be adults before having the chance to view this phenomenon again.

While the trip outside was a relief from class time for many, it was also an opportunity to view an amazing celestial event. While they looked to the sky, jaws dropped and many could be heard exclaiming how amazing it was to see. Not every school was able to participate in an opportunity like this, making Washington Township Schools one of the many groups lucky enough to view this rare opportunity. 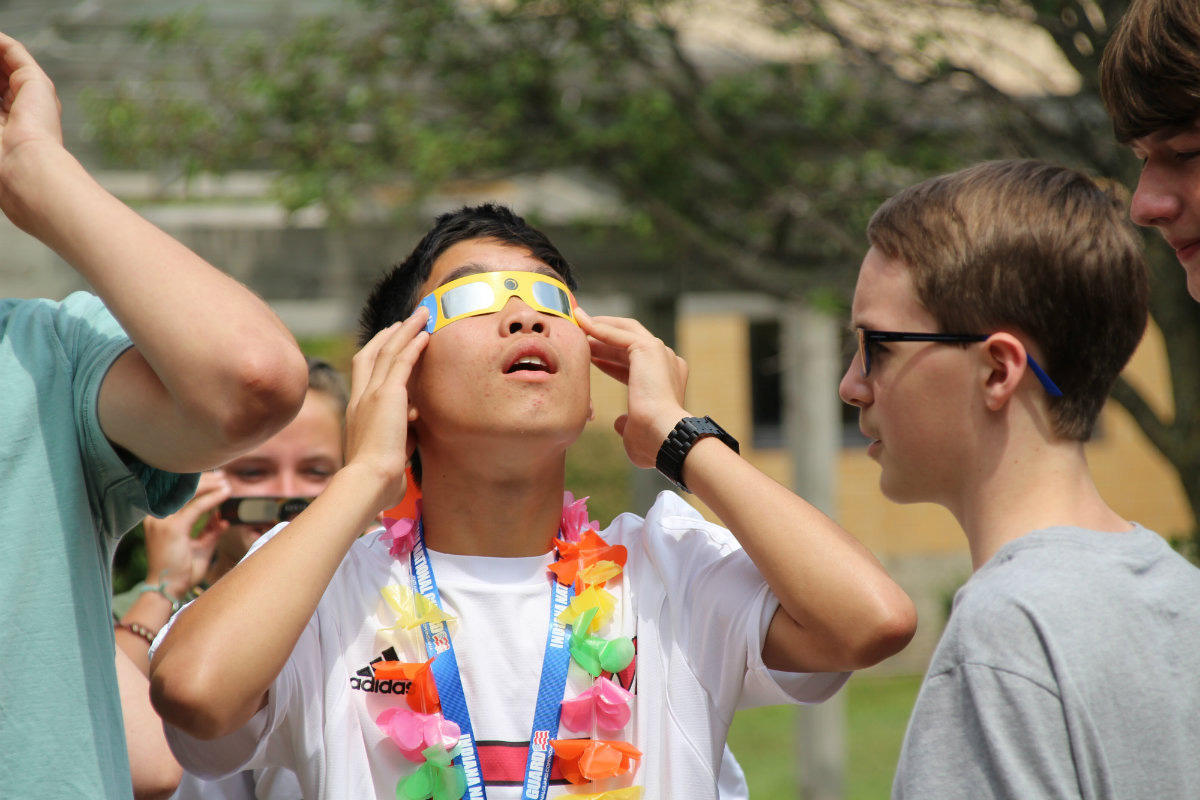 The day certainly made an impression on many students, giving them an opportunity to further explore our solar system and the many events that happen. Who knows? Perhaps it inspired someone and opened up a door into their future career.