Shades of Gray began as The Front Porch Music “house band” when Paul and Jane Schreiner were the owners of the Valparaiso, IN, music store/venue between 1991 and 2007. At the weekly Thursday night open stages held there the Schreiners met singer/songwriter Dave Farris. The mutual admiration they held for each other led to an eventual collaboration of Dave’s rich, folky lead vocals, Jane’s solid harmony, and Paul’s instrumental decoration. Both Dave and Paul are finger style guitarists. 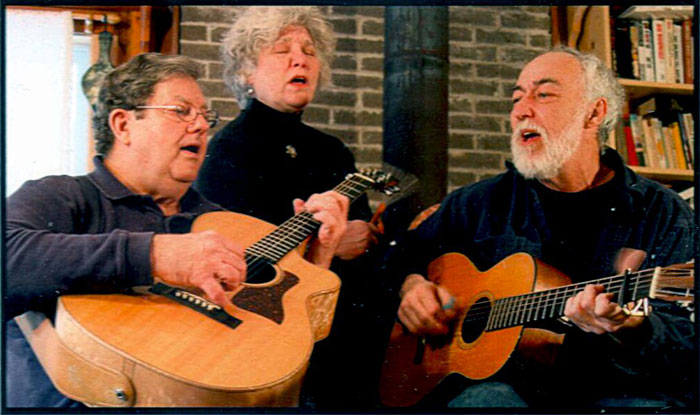 The blend of the two guitars – Dave’s large, self-built dreadnaught-like cut-away and Paul’s “O” sized 12 fret Martin – is magical with the sum being greater than the combination of the parts. Jane began singing harmony parts in a Lutheran grade school in central Texas, and then with her two younger sisters. Participation in high school band, choir, and eventually junior college choir and various vocal ensembles further developed her ability to hear harmonic possibilities.

Shades of Gray recorded their first CD in 2010. Titled Way Down Deep, it contains seventeen of Farris’ original songs, vivid recollections of growing up in the Deep South, living in rural Michigan and coming of age in the turbulent 60’s. 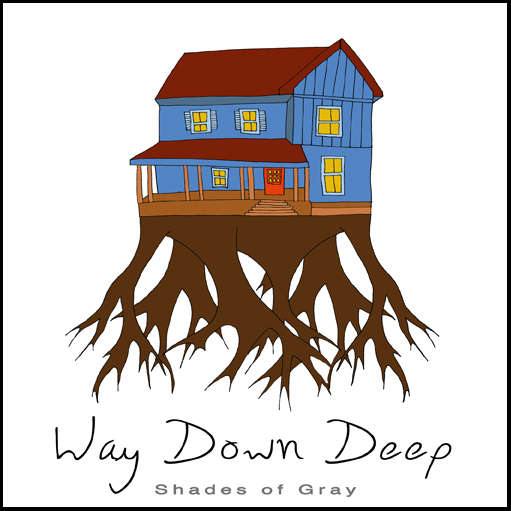 He takes the listener along the famed Red Arrow Highway in southern Michigan, visiting his gospel singing grand parents in Alabama, fleeing a failed relationship to settle in Tennessee, and, through his imagination, to the California gold rush, the long immigrant lines at Ellis Island, and aboard deep water sailing ships. In concert, the trio combines these new songs with a collection of carefully chosen cover tunes.