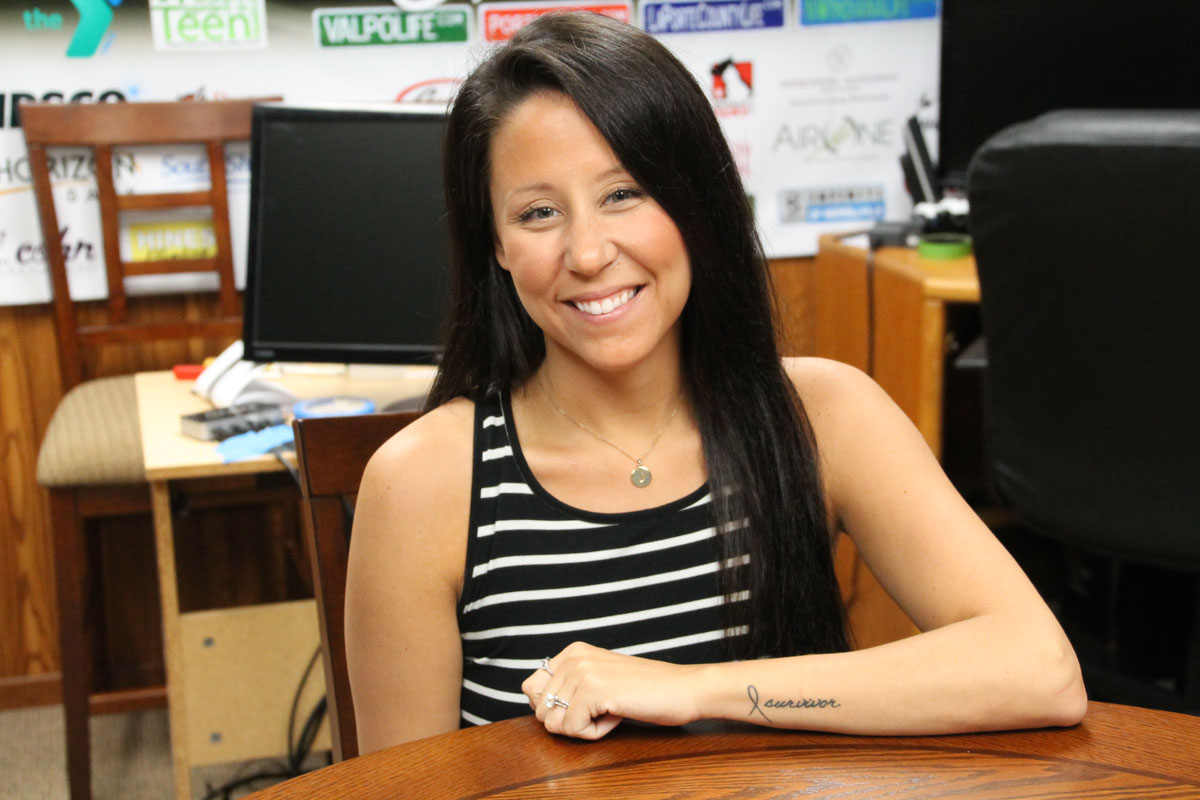 Jessica K. Wells’ life changed in a major way on April 19th, 2014. That’s the day she was diagnosed with stage three colorectal cancer. When she sat down with Ideas in Motion Media about a year ago, she had been through her first couple rounds of chemo, was really new to it and the results weren’t looking great. Over time, however, Wells’ perseverance paid off and the journey she’s been on since her diagnosis has encouraged her to start the Wishing Wells Cancer Foundation.

“After six rounds of chemo I got the news that the cancer had shrunk enough to have surgery,” Wells said. “So on September 25th, I had surgery to remove all the cancer from my body. After I had recovered from the surgery, I did six more rounds of post-op chemo and January 15th is the day that I was technically in remission from cancer. On February 10th, I had reversal surgery. After that operation I had to take some time, about five weeks, to recover and soon after that I was as healthy as can be. I just had scans on June 15th, my first set of scans, and everything came back clear of cancer.”

“During all this I tried to live as normal a life as possible,” said Wells. “I would have chemo every other week and that would last for almost three days. I would not be feeling well after those treatments, but on my good weeks I would do all I could to live a normal life.”

When she first started her treatments, Wells began to think of all the other young adults confronted with the same life-changing medical conditions that she was facing. She was moved by the outpouring of support and encouragement she had received from her friends, family and the community. The flood of both emotional and financial support Wells had received is what led her to want to start the Wishing Wells Cancer Foundation.

“When I first began my treatments I started to think a lot about all the people who couldn’t afford the same treatment I was getting. I had good insurance, but still having that doesn’t mean it covered everything. I also had a fantastic support group around me that raised around $12,000 in a matter of two weeks. That’s what made it possible for me to travel up to Chicago for treatment, be able to make the drive and be able to take some time off work because when I did have chemo I wasn’t able to work. The IVF treatment I received was very pricy, around $8,000, and it was through all those donations that I was able to pay for that.”

“In the middle of my treatment it hit me that not everyone has the level of support that I had, so I wanted to help people who don’t have that kind of support,” continued Wells. “The huge community that helped me was so encouraging and now I’m able to work so I want to help as many young adult cancer patients as I can."

She continued, "The main goal for the Wishing Wells Cancer Foundation is providing financial assistance, but also the emotional support and being there for someone going through what I went through is just as important. That people take time out of their day and money out of their pockets to help means so much. I want to show them that they’re not alone in this. I realized through my journey that cancer affects everybody; it doesn’t just affect the person going through treatment and the person that is sick. With the Wishing Wells Cancer Foundation I want to show these cancer patients that we’re here and to let them know, especially the young adults, that they aren’t alone and that everyone stands behind them. Even if they don’t have a huge community, I want our foundation to be that community that stands behind them.” 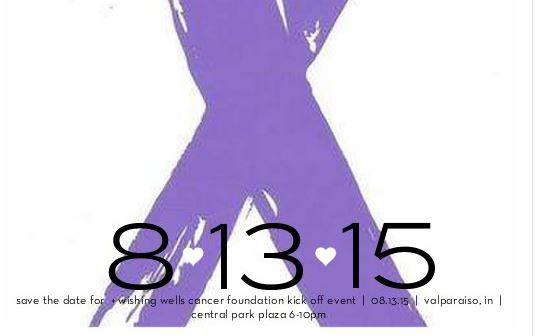 “We’re going to have eight or nine restaurants each doing two food items,” said Wells. “A lot of them will be the ones who participate in the Eat Up, Wine Down event in downtown Valpo. They’re going to be donating 25% of their sales to our Foundation and Indiana Beverage will be supplying the drinks for the evening. They’ll be having a beer garden with beers and malt beverages, and their proceeds will also be going towards the foundation. There will be a silent auction which we’ll be auctioning off a signed Chicago Blackhawks puck along with many other items. Music will be provided by 27 Entertainment.”

“We really wanted our first event to be in my hometown where the whole community stood behind me during my fight so I have no doubt that they will do the same for other cancer patients,” Wells said. “I want people to come and enjoy a bite and a beer. Bring your lawn chair, enjoy some music, get to know about the Foundation and just have a great time.”

Wells, who was 25 when she was diagnosed, had a form of cancer that is normally found during a colonoscopy which doctors don’t advise people to get until they are in their 50’s. She is encouraging people to get tested early and get tested often even if their isn’t a history of cancer in your family.