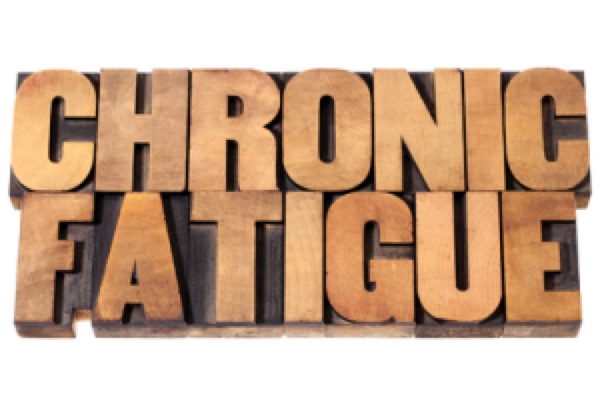 Chronic Fatigue Syndrome (CFS), also known as Chronic Fatigue and Immune Dysfunction Syndrome (CFIDS) in the US and Myalgic Encephalomyelitis (ME) in the UK, is a disease characterized by persistent, disabling fatigue, often made worse by exercise. CFS sufferers also commonly complain of muscle and joint pain.

CFS is believed to affect between two and four people in every thousand, and has been responsible for many hours of lost workplace productivity. It has even resulted in the premature end of promising professional careers.

The World Health Organization (WHO) classifies CFS as a disease of the neurological system. However, it is also typical for CFS patients to display symptoms of endocrine disturbances, including a form of adrenal fatigue.

The medical community is uncertain about the precise cause of the disease, and many believe that CFS will eventually be viewed as a number of distinct conditions with similar symptomatology rather than as a single illness.

There are several criteria employed for the diagnosis of CFS, but the most commonly used is the Centers for Disease Control and Prevention (CDC) 1994 definition, which sets out the following conditions for confirmation of the illness:

Ongoing severe fatigue for more than six months that is not the result of another medical condition and which significantly affects work and daily life.

Some CFS patients go on to make a full recovery, although many never retain their previous level of wellness and experience some or all of the symptoms for the remainder of their lives. Age at onset and time until diagnosis are believed to be key indicators of recovery success.

Mainstream treatments tend to focus on the management of behavior and negative thinking to assist recovery. Cognitive Behavior Therapy (CBT) and Graded Exercise Therapy (GET), consisting of controlled, gradually increasing levels of activity, are examples of this kind of approach, both of which have also been subject to a large amount of scientific research.

Given the lack of conventional treatment options, many CFS patients turn to complementary health therapies for help with both individual symptoms and overall recovery. Widely used treatments include herbal medicine, homeopathy, acupuncture, nutritional advice, gentle yoga, meditation, massage and chiropractic. None of these is believed to provide an outright cure, but can help the body to effect its own healing.

The UK physician, Paul Sherwood, author of the book “Your Back, Your Health”, has suggested that some cases of CFS may result from poor spinal health, which can be successfully treated using spinal adjustments. Since there are many anecdotal accounts of CFS onset following physical trauma such as that resulting from traffic accidents, this is not an outlandish proposal.

Recently, a series of related mind-body treatments such as Reverse Therapy, The Lighting Process and the Amygdala Retraining Technique have been developed with promising results. Since CFS is known to affect both mind and body, it would not be surprising to learn that these therapies can be effective.

For most patients suffering from CFS, the best treatment options are still those that provide their bodies with the best possible conditions for recovery to occur, including healthy eating, gentle exercise and maintaining good posture and movement. Obviously, consistent chiropractic care enhances these options through proper management by your local chiropractor.