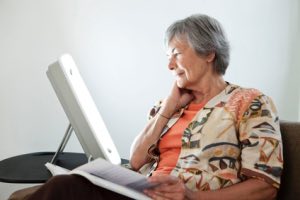 If you find yourself becoming depressed, increasingly irritable and suffering from more bouts of insomnia as winter approaches, you may have seasonal affective disorder (SAD). Your risk of having this condition increases the further you get from the equator.

The prevalence of SAD is estimated to be only 1.4 percent in Florida, but jumps to 9.7 percent in New Hampshire. Although it is not listed as a mental disorder in itself, it is categorized as a specific type of depression.

Dr. Norman Rosenthal was the first researcher to study and name this phenomenon, motivated by his desire to understand what caused his depression in the long dark days of the northern winters. Rosenthal and colleagues conducted a placebo-controlled study of SAD that used light therapy, which was found to be effective in alleviating some of the symptoms of SAD.

Although the exact cause of SAD is not fully understood, scientists believe that the hypothalamus is negatively affected by the relative lack of sunlight in more northern latitudes (or more southern latitudes for people in the southern hemisphere). The hypothalamus regulates our circadian rhythm and produces the hormones that influence sleep, mood and appetite.

Some of the most common warning signs of seasonal affective disorder include:

Depression (primarily between September and April, peaking in December through February)
Irritability and/or anxiety
Sleeping more than usual and feeling drowsy during the day
Cravings for carbohydrates such as bread and pasta
Eating more (and gaining weight)
Lack of energy
Inability to concentrate
There are a few different treatments for SAD, most of which are effective. The most common form of treatment (with no adverse side effects) is light therapy.

For this treatment, you have to sit in front of a special light box for a minimum of half an hour every day. The light box features a bright full-spectrum bulb that simulates the wavelengths of sunlight and is far brighter than any incandescent bulb. It’s a simple treatment, but it’s not convenient for many people, as you must do it every day until the season changes, or you risk the return of your depression.

Here are some other treatment options:

Antidepressants, typically serotonin selective reuptake inhibitors (SSRIs), which are effective but can have side effects such as insomnia, nausea, diarrhea and decreased libido
Cognitive behavior therapy, which trains people to become aware of their negative thought patterns and teaches them how to replace them with more positive ones
Exercising for as little as 20 minutes, which has been shown to significantly boost mood
Getting outside more often, since the fresh air and sunlight can make a positive difference in how you feel
Whole food nutritional supplements and herbs that specifically target the symptoms described above. For example, St. John’s Wort, an herb with antidepressant properties, may benefit many with this condition.

Obviously, getting regular chiropractic adjustments is beneficial as well. It not only benefits your joints and muscles but also helps reset the neurology of your body. So if you suffer from SAD, make sure you let your chiropractor know. He or she is ready to help guide you through this sometimes challenging time of the year.