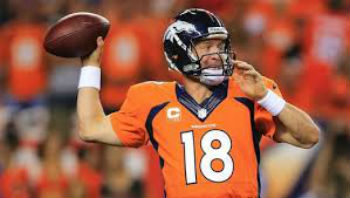 Peyton Manning has some unfinished business to attend to, and that's why the Denver Broncos will be crowned Super Bowl XLVIII champions come Sunday night.

As an Indianapolis Colts fan, I will never forget Super Bowl Sunday in 2010, when the seemingly unbeatable Colts hooked up with the New Orleans Saints, Manning's hometown team, for a date in Super Bowl XLIV. And although the Colts entered the contest as heavy favorites, it was the Saints that captured the hearts of America and took down Manning's Colts.

The loss, which prevented Manning from adding a second Super Bowl ring to his illustrious career, is something he has not forgot.

Four neck surgeries and a new team later, Manning is poised to avenge the title game loss four years ago and give the Broncos their first Super Bowl championship in 15 years.

The way Super Bowl XLIV ended, a Manning interception-returned-for-a-touchdown that gave the Saints a two-score lead, will only have Manning licking his chops with the possibility of finally winning another ring.

In 2013, at age 37, Manning put together his best season, tossing an NFL-record 55 touchdown passes and also breaking the record for passing yards in a season. With a solid supporting cast which includes wideouts Wes Welker, Damaryius Thomas and tight end Julius Thomas, everything has been set up for Manning to succeed this year.

And while the Seattle Seahawks enter Sunday's contest as a tough opponent, it will be the more experienced Manning outshining Seattle's young quarterback, Russell Wilson.

The Seahawks' defense, led by the much-talked-about cornerback Richard Sherman, will be the toughest challenge Manning has faced all-year, but the two weeks he has to prepare will be more than enough to control the game with short passes and long drives to kill time. He used the same formula to defeat longtime rivals San Diego and New England en route to the big game.

The health of runningback Knowshon Moreno will be key to the Broncos' success, as Denver will need to run the ball early to keep the Seattle defense guessing, which will allow Manning to air it out.

For years, Manning has faced doubters. First he couldn't win a big game, then he couldn't win a road playoff game or beat Tom Brady and the New England Patriots. Now, he is criticized for not being able to win a big game in cold weather. Since he has accomplished everything else critics said he could not, the only thing left is to win the big game in a cold climate. That would be a perfect way to cap off a Hall of Fame career, and that is exactly what I expect to happen.