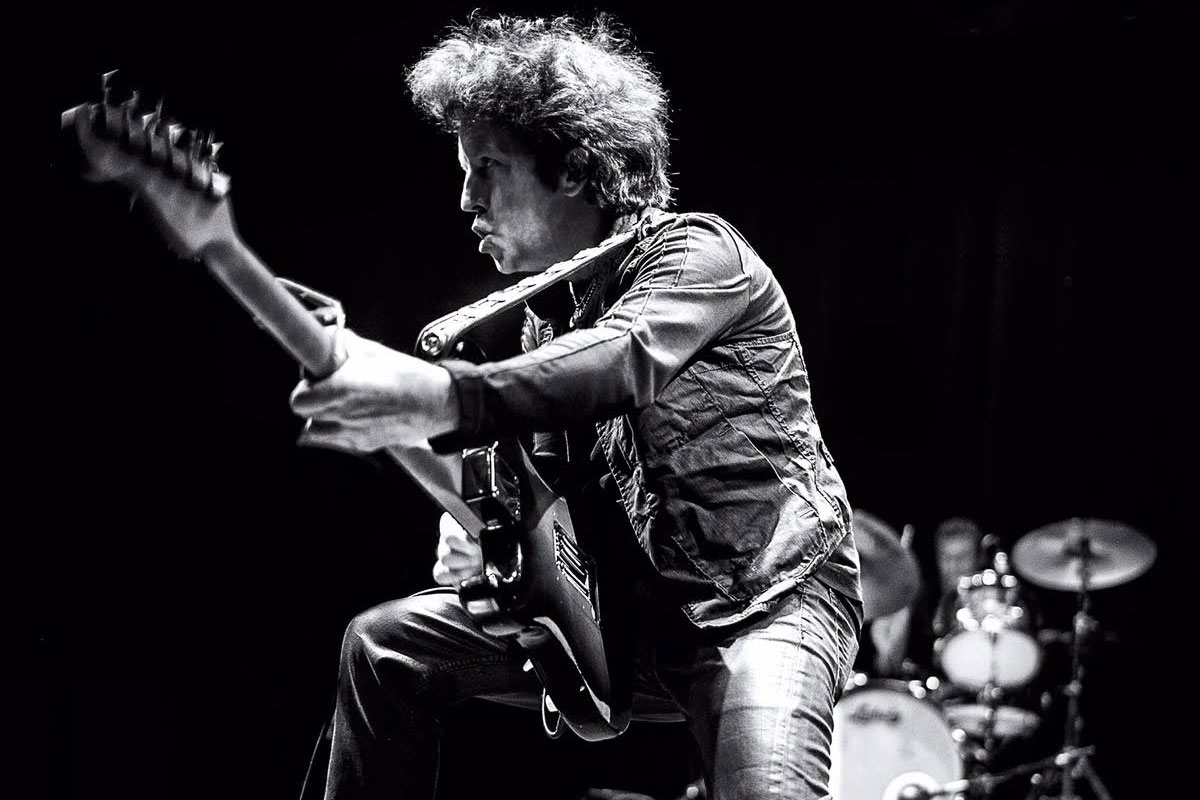 Willie Nile has performed in Valparaiso, Indiana five times. Willie Nile is an international touring musician. This is not usual. He makes it seem like it is. Why wouldn’t it be? I recently caught up with the incredibly nice Nile before his return to the Memorial Opera House on March 18th as a part of BrightSide Music’s 2017 concert series to talk about this so-called “World War Willie”, his tribute to his friend Lou Reed, and the kind people of Valparaiso.

Willie Nile released his debut album in 1980, but 36 years and nine albums later Nile has released his 10th studio album entitled World War Willie. Though it might seem to be a call out to today’s current events, the title is based off of a song that was conceived a while back.

“I had a song called “World War Wille” sitting for a while, which was a real tongue-in-cheek song about past relationships and it had a surprisingly upbeat vibe to it,” Nile explained. “The song was a little self depreciating a bit, which I liked, because it allowed me to make fun of myself. We built the album around that song. It ended up being a great start and fit as a whole because it was a bit wild and crazy.”

World War Willie is a bit of a “wild and crazy” departure from his past few albums, and it’s an especially stark contrast from 2014’s piano heavy If I Was a River. With tracks like “Forever Wild”, “Grandpa Rocks” and “Hell Yeah” it’s clear that Willie and his band the loose on this record - any apprehensions and cautiousness were left outside the studio door. WWW was once described by Nile himself described the album as his most “rockin’ album yet” to me while recording it in 2015, and when asked if that description lived up the the final product he agreed.

“I’m thrilled with how it came out, it turned out to be even better than I thought it would be,” Nile stated. “After years of making records I’m still able to grow and enjoy making new music every step of the way. The band and I have performed together for years now, and that really reflects in the record and in our performances together. These are the kind of records I want to make, I have a great band, I’m writing at the top of my game, and making the best records of my career. These are special days for me. ”

Despite it’s raucous roots, World War Willie also allowed Nile to pay tribute to some of rock’s icons - rock icons that he has grown to cherish. Nile has been in the music industry for over four decades, and though he’s a musician alongside the rest, he’s still a fan like all of us. Nile is a man wants to do people well, and has created friendships with towering greats like Bruce Springsteen by simply being genuine. So it’s no surprise that he wanted to pay tribute to two of them on this record. The ninth track on WWW, “When Levon Sings”, is dedicated to and written about the great Levon Helm, drummer and vocalist for The Band, who passed away in 2012.

“He was just someone that represented the best part of being an American - he was so down to Earth, sound minded and genuine,” Nile stated. “I was on a trip to Spain, and thought about how I should visit him and see him again. I never got to tell him how much I loved him before he passed, though, because when I got back he was in a coma. So I wanted to write a song that honored him. I feel like he would’ve loved it.”

On a similar note the last track is also a bittersweet addition, but still allows the album to go out on a high note. Nile closes off World War Willie with a cover of “Sweet Jane”, famously penned and performed by the late Lou Reed, who Nile saw just ten days before he died.

“I would go to see him play and he was always so kind to me. His reputation was one of being hard and difficult and not warm - but to me, every single time, he was like a pussycat,” Nile explained. “So I talked to the band after he died about singing a Lou Reed song during our shows. I found a great arrangement of Sweet Jane and we’ve been playing that since. When we decided to record that for World War Willie we went in the studio and did it in one take - it was so much fun. The song is clearly a masterpiece, it’s an honor to play it every night.”

Next for Nile is continuing his tour in support of World War Willie, and another crowd funded album, which was a secret at the time of our interview but has since been revealed as a Bob Dylan cover album. After some prying about what the then secret project would be, Nile did state that the record will be “really fun, really different - and challenging.”

It’s still a question on if he will be playing some of those covers live, but the people Northwest Indiana will have the chance to find out on March 18th when Nile and his New York City Band return to the Memorial Opera House stage for an unprecedented fifth time.

“I can’t believe it’s been five times now, but Valparaiso, oh my god, they treat us so well,” Nile exclaimed. “The people are so kind and loving there. Every time we come into town it’s always a pleasure. The Memorial Opera House is a classic, classic place. A real treasure in this industry. We get to come there, see old friends, play on that magical stage, and it’s all good.”

Willie Nile’s shows are legendary and it’s not a show you should miss. To buy tickets to see one of the best concerts you’ll see this year in Northwest Indiana visit https://tickets.mohlive.com.