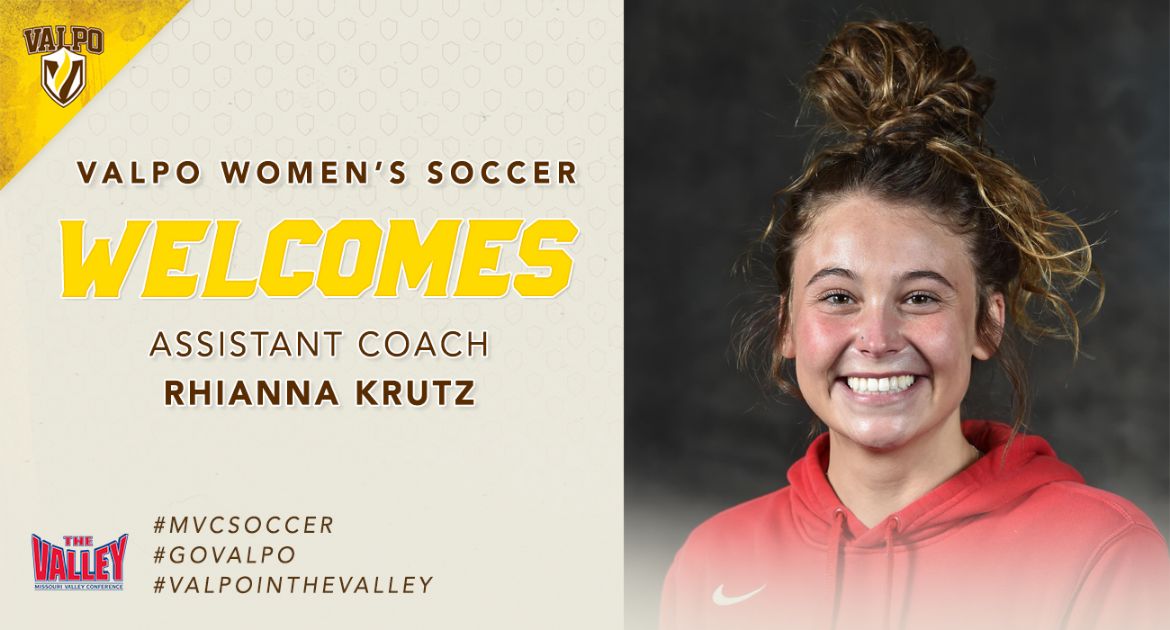 Valparaiso University women’s soccer head coach John Marovich announced today that Rhianna Krutz has joined the program as an assistant coach heading into the 2018 season. Krutz most recently spent the 2017 season as director of operations for the Dayton women’s soccer program.

“I'm thrilled Rhianna is joining our Valpo soccer family,” said Marovich. “I was impressed with her infectious personality and positive attitude, which will make a tremendous impact on our players and athletic staff. The moment she stepped on campus, it was clear to me that she found a home at this outstanding University with its amazing and talented community. Her championship experiences in the Missouri Valley Conference will be a wonderful example for our players to learn and grow from while pursuing excellence in competition, classroom and community.”

Krutz brings MVC experience to the Crusader program, as she was a five-year member of the Illinois State women’s soccer team (2012-16). She was part of three MVC regular season and four MVC tournament championship squads during her time with the Redbirds, most notably in 2013 starting the final nine games of the season as Illinois State claimed regular season and tournament titles and then advanced to the second round of the NCAA Tournament – one of two trips she made to the NCAA second round with the Redbirds.

“It is a great honor and an absolute joy to be a part of the Valpo soccer program,” said Krutz. “The staff, the administration, and the players have all made the transition here a very smooth and enjoyable one. I definitely feel at home here at Valpo!”

A native of Des Plaines, Ill., Krutz earned her bachelor’s degree from Illinois State University in therapeutic recreation in 2016.