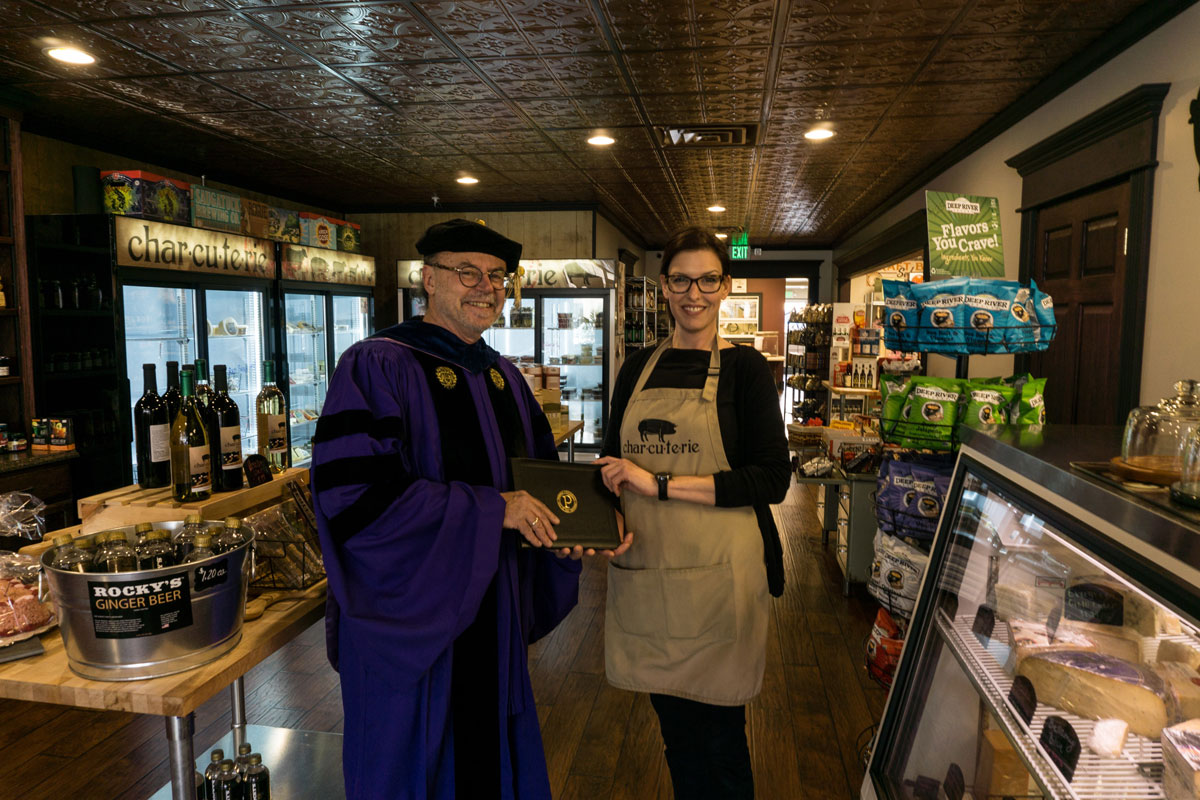 Valerie Gonzalez didn’t give much thought initially to the fact her diploma failed to arrive in her home mailbox after she had participated in Purdue University Calumet Commencement Exercises back in the spring of 1999.

University graduates typically do not receive their diploma at Commencement Exercises, but rather weeks later in the mail.

As a communication/public relations major whose work load as a freelance writer had grown substantially, “the need for that piece of paper never came up as I worked, and so it kind of slipped from my mind,” Gonzalez said.

But when her diploma was still a no-show 17 years later, she decided last summer to follow up with her presumed alma mater.

It’s complicated
Upon contacting what is now Purdue University Northwest’s Hammond Campus, she discovered that the issue of her absent diploma had gone down a path of institutional procedural twists and turns of which she was unaware.

“It was a combination of two factors,” said the now 42-year-old owner of Charcuterie, a Griffith delicatessen/specialty grocery store. “I was told I was missing (academic) credits, which I didn’t think was possible, and also that I had an outstanding library fine.”

The academic credits issue arose from an incomplete she took in a final semester course in 1999. It was quickly resolved after the course instructor—Associate Professor of Communication and current Purdue Northwest Communication and Creative Arts Department Head Tom Roach—came into her store one day last fall to purchase some feta cheese.

Professorial attention
“Valerie recognized me and then proceeded to tell me she had graduated in 1999, but had never received her diploma,” Roach said. “When I got back to campus, I asked one of our academic advisors, Caitlyn Lackey, to investigate. We discovered that though Valerie had not satisfied the incomplete she took in my class, she had achieved strong enough marks throughout the course to easily pass and earn the necessary credits.”

As for the library fine, Noemi Elizalde, who acts as PNW’s graduation coordinator, said university policy prohibits awarding diplomas to otherwise qualified students who have university financial encumbrances to satisfy.

“You wouldn’t believe how many diplomas we have on hold because of unpaid student fees,” she said, pointing to a drawer-full of prospective graduate files.

Missing journal
As Valerie recalls, “I think it was a scholarly journal they said I hadn’t returned and was missing.”

After Roach paid the $35 fine to resolve the matter, he and Lackey agreed a graduation celebration was in order. For the occasion, Roach attired himself in traditional, graduation cap and gown and drove to Gonzalez’s store, surprising her with his personal delivery of the Purdue diploma she expected to receive nearly 18 years earlier—post-dated May 17, 1999.

“It was the best graduation I could have had—even better than the first one,” she said.