The Life Care Center of the Willows has a resident that is a bit unlike the others. He is furry and has four-legs. He is Wrigley, the friendly yellow lab that keeps the residents at the Valpo-based center always happy and smiling.

Wrigley is the pet of Jeanne Woods, the Staff Development Coordinator at the center. For the last four years, since her father moved into the facility, Woods has been bringing in Wrigley while she visited. Then in April of this year, Woods began working at the center, and now the residents get to see their furry friend for longer everyday.

“He makes the residents very, very happy,” Woods said. “Everybody loves to see him and pet him. He brings a real positive attitude around here."

Wrigley is fabulous with the residents, she added, and enjoys following Woods around when she talks with staff and residents. Now, after (allegedly) being fed three pieces of bacon and stealing bread rolls, Wrigley is not allowed in the kitchen, Woods said.

“I’m trying to discourage that because he gets sick,” she added. “That’s why he is on the leash now too.”

Wrigley is a 12-year-old yellow lab named due to the Woods’ lifelong, diehard love for the Chicago Cubs. The pup was adopted by Woods’ son at nine months old and has been trained to be part of the family since. 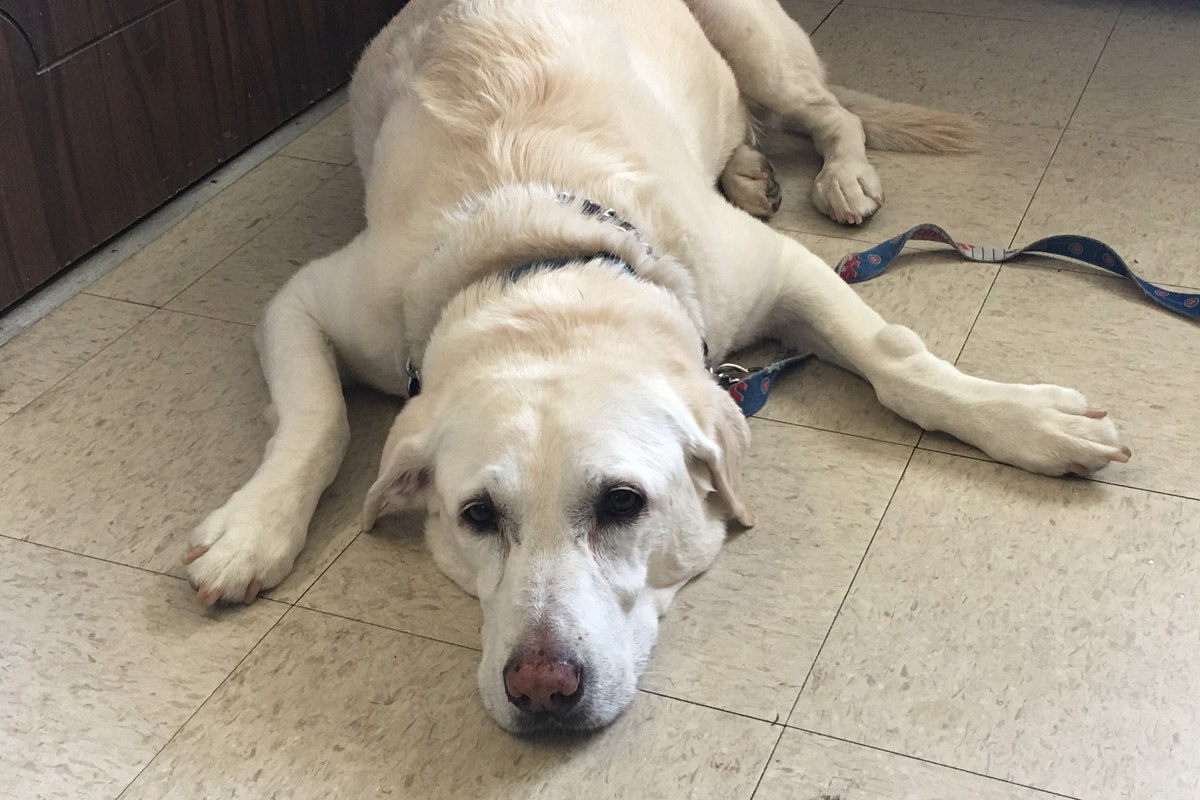 He comes along with Woods during all facility activities and when she is doing something that needs all her attention, Wrigley gets babysat by the physical therapy department.

“He adds a great tool to our activities department,” Activity Director Jessica Eldred said. “Before, we had to hire someone for dog therapy, and now he’s here everyday. People ask about him and look for him.”

Next time you’re at the Life Care Center of the Willows, say hi to Wrigley! 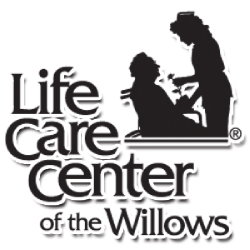