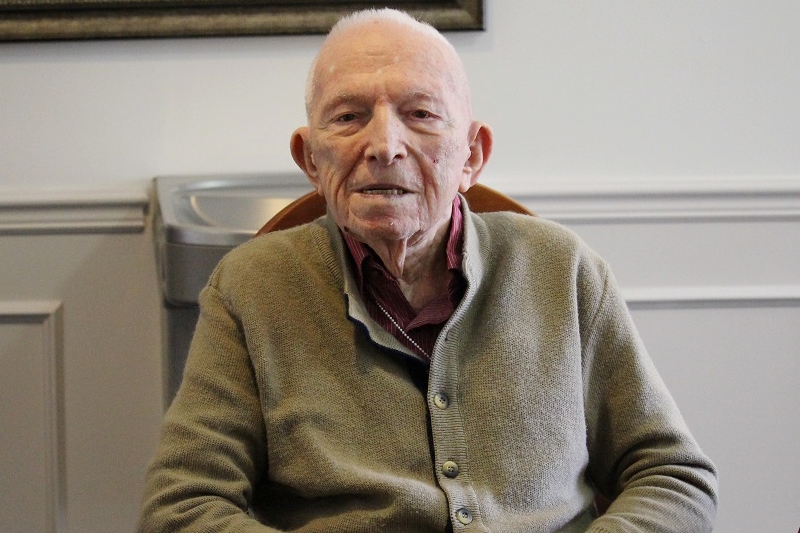 As time goes by, veterans who have served in WWII, Vietnam, Iraq, and other notable time periods and places are getting the recognition and the respect that they deserve. One of the ways that veterans are being honored is through Honor Flight. Honor Flight gives veterans the chance to go to Washington D.C., free of charge, to see the monuments and memorials that were built to pay homage to different wars in which America has fought.

One veteran, who lives right here in Valparaiso, recently went on an Honor Flight trip to see the WWII memorials so he could reflect and remember. He is going with 90 other individuals who served in WWII

Herb Barber served in the US Army Aircorp from 1944 to 1946 as a second lieutenant. He was a communications officer on the Army Airwaves Communication Squadron (AACS) and oversaw individuals who read radar and spoke to pilots.

“I’m honored to be able to go on the flight and I’m looking forward to meeting other people who have been on the flight,” Barber said. “I feel very humbled.”

Barber recalls being in the Mariana Islands when he and a few others verified that General MacArthur could go into Tokyo Harbor safely to sign the peace treaty with Japan.

“The unsung heroes are the sweethearts of the men who went overseas,” Barber said. “Mary Ella is a wonderful woman. I served my country well because my wife was serving me well. She’s one of the smartest people I ever met.”

Originally from Kansas, Barber came to Indiana because of his work. He was a chemist for Amoco Chemical Company where he worked for 36 years. Before coming to Amoco he attended Benedictine College in Atchison, Kansas. He went to college on a music scholarship and he’s quite a proficient saxophonist, flautist, and clarinetist.

“He’s very special,” fellow resident Norma Mateer said. “He’s very polite and a very good example of a man; a man who you would always like to have around. I thank him for defending our country.”