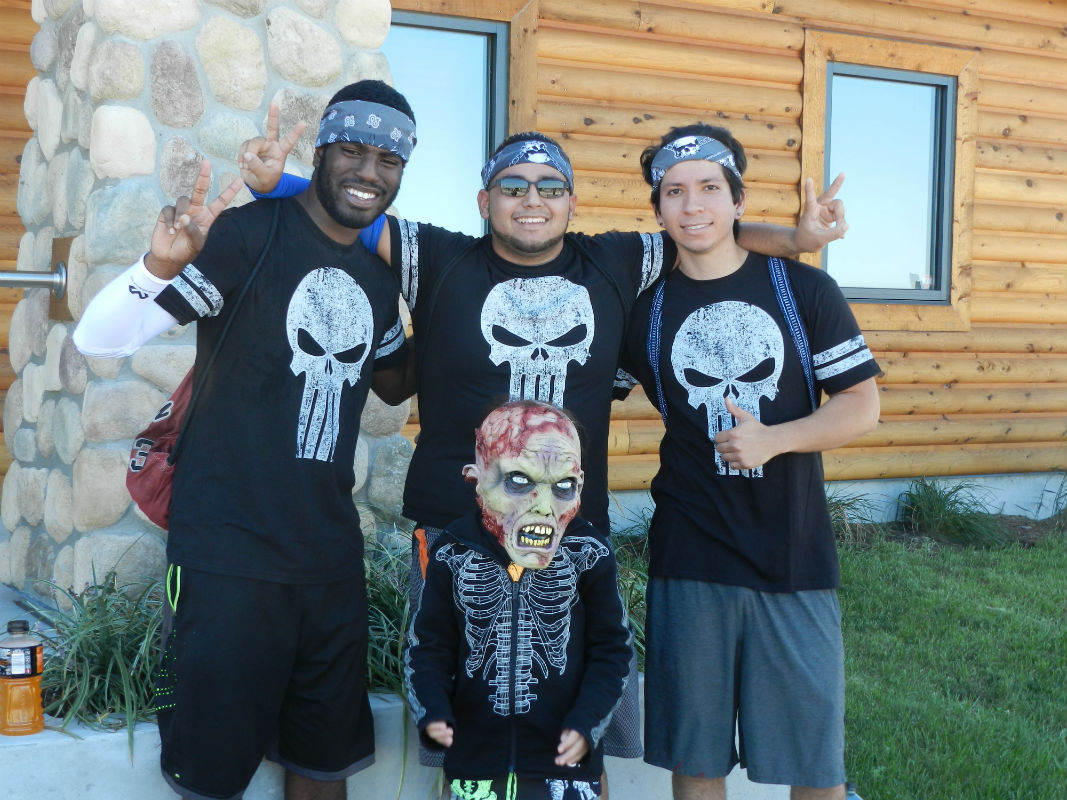 Zombies, monsters, and goblins roamed the streets in downtown Whiting Saturday morning, being sure to give all humans who dared to pass a fun filled early Halloween scare. The costumes were all part of the Wickedly Whiting race and festival, hosted by the Whiting Chamber of Commerce. The day kicked off with the Wickedly Whiting Zombie Run 5K, a fun run where participants used their speed and skills to avoid being “attacked” by zombies who were roaming the trails throughout the course. After the race, runners headed to downtown Whiting where City Hall and other buildings were decorated to celebrate the haunted theme. Food trucks, vendors, and local businesses lined 119th Street for a day long festival which featured a wide variety of family friendly activities including monster face painting, a costume contest, Halloween themed rides, a scavenger hunt, and more.

The Zombie Run 5K celebrated its second anniversary as over 100 runners ran near the shoreline of Whihala Beach. Race Director, Stephanie Madison, joined spectators as they cheered on friends and family. More than 30 registered zombies were strategically placed throughout the course to steal flags from runners which represented their health. Runners had to make it to the finish line with at least one flag left or risk becoming part of the walking dead.

“The run today benefits the Whiting Chamber of Commerce,” Madison stated. “I’m a board member for the local chamber and enjoy physical activity and running, so it’s rewarding to organize this fundraiser event. Zombie runs are popular in the bigger cities. It’s great being able to host the run and incorporate the theme that we’re already using for the Wickley Whiting Fest. The run and the fest are really a lot of fun for the whole community.”

Celina Garcia, a local runner and business owner, was near the finish line cheering on her clients as they participated in the run. Garcia is the owner of Envious Trends Fitness in Whiting and used the Zombie 5K as a goal race for recent first time 5K runner training program. All of the local runners that she coached at her studio prepared by receiving nutritional training, running coaching, and fitness classes prior to participating in the event.

“I specifically picked the Zombie 5K as our goal race because as a local business owner, I’m all about supporting local causes,” Garcia explained. “Since it’s not timed, there’s no pressure for my new runners. They’re just out here to finish and have a good time. Instead of taking my clients to a big event in Chicago, I wanted to support the Whiting Chamber of Commerce and other local businesses. We are going to continue to support this event and other local runs with our training programs. Plus Whiting has such beautiful land and trails. It’s great to see events like this that really highlight the area.”

Local resident and junior high school teacher, Liza Szafranski, was excited to participate in the Zombie Run for the 2nd year in a row. She was pumped to outrun the zombies and then celebrate her survival victory at the Halloween fest.

“I love to see unique races in the area,” Szafranski stated. “As a teacher, I try to get out to local races as much as possible to set a good, healthy example for my students. The kids love the themed races too, especially when there are zombies and monsters involved. Runs that creatively encourage kids to get out and active are my favorite. Running from zombies will definitely get them moving!”

Although all of the zombies and monsters have retired back to their graves, the runners and festival participants will surely be looking forward to all the Wickedly Whiting activities next year.