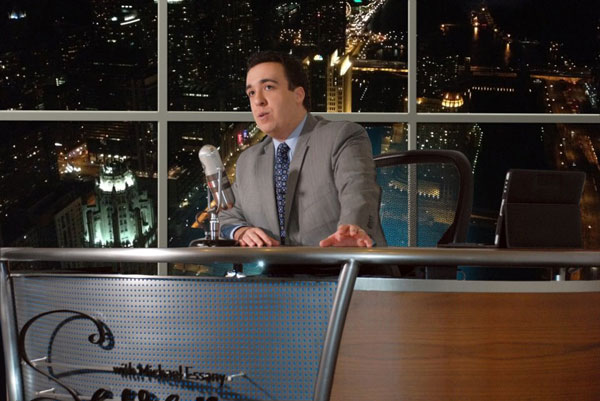 Late night is coming home to Chicago this fall.

Seven on Ridge is Chicago's first and only late night talk show airing weeknights at 10:30 p.m. on WJYS. Showcasing national celebrities and anything Chicago, Seven on Ridge blends talk, variety, and all facets of entertainment into a nightly package unlike anything available on Chicago television today.

WJYS is an independent television station headquartered in Tinley Park, Illinois with antennae on top of the Willis Tower in downtown Chicago, serving 11 million viewers in the Chicago, Indiana, Wisconsin, and Michigan markets.

"WJYS is proud to bring Seven on Ridge to Chicago viewers this fall," says Crystal Green, Board of Directors at WJYS. "The show will not only be a completely original must-see viewing experience for fans of late night talk, it will also dramatically alter the landscape of original programming in Chicago television."

"For too long, Chicago has been overlooked in late night, never taking its rightful place along with New York and Los Angeles," she continues. "That all changes this September and we couldn't be more excited to provide the platform for this sorely needed brand of entertainment."

Talk show veteran and former E! Entertainment host Michael Essany has been tapped to serve as host of the new program. Essany will be joined by his cocky side kick, Kaka (a 10-foot animatronic rooster) and the hottest band on television, the Seven on Ridge Orchestra.

"Chicago deserves to be represented in late night," says Essany. "I'm excited to be part of a program that will deliver something fresh and innovative to late night in the greatest city in the world."

In addition to the nightly viewing experience, live audiences will be treated to an entertainment experience like no other. Set in the unique atmosphere of an elegant supper club from a bygone era, this upscale live experience of a show taping will become a top destination attraction in all of Chicagoland.

Join us September 17th on WJYS as Chicago takes its rightful place in late night.