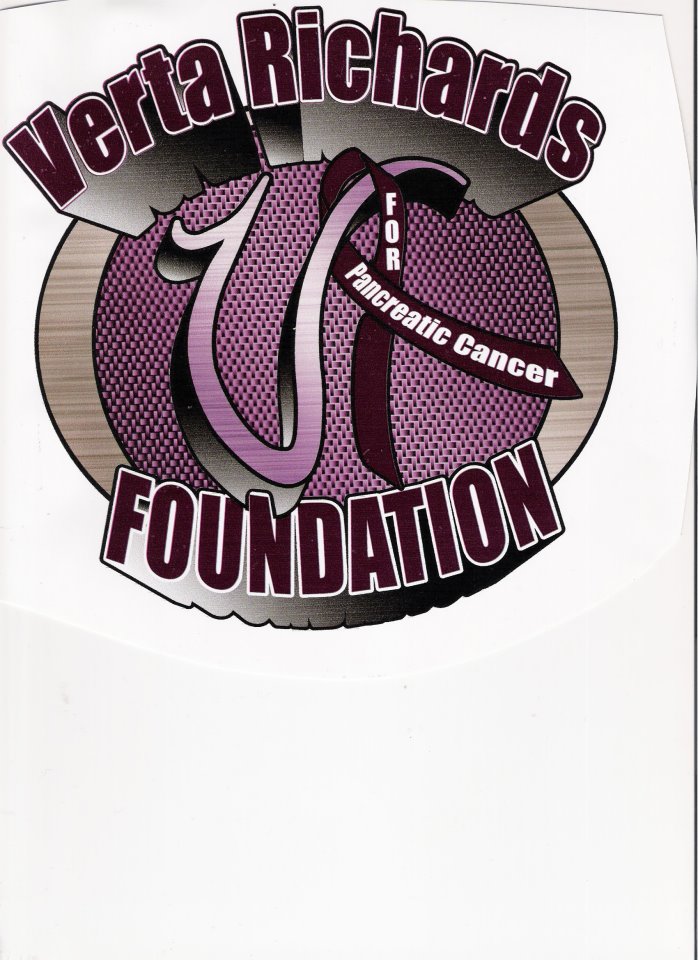 The Verta Richards Foundation for Pancreatic Cancer Research evolved from a memorial fund started as a tribute to our Family Leader and Friend.

The mission of this nonprofit 501(C)(3) foundation is to make charitable donations to the University of Chicago and its Medical Center, furthering the research for early detection, treatment, and cure for Pancreatic Cancer. This disease is a silent killer where more often than not by the time symptoms occur time is limited for a positive outcome. Your donations can only help in the continuing efforts to make this disease not as deadly to its victims like Verta Richards who it claimed in September of 2010. By involving the community, this foundation will continue to fight towards the goals of saving lives.

The Verta Richards Foundation for Pancreatic Cancer Research is holding their annual fundraising event which will be a golf outing held on September 14, 2013 hosted by Indian Ridge Golf Course at 6363 Grand Boulevard, Hobart, Indiana. All profits from the Charity Golf Outing will be charitably donated to the University of Chicago for the continuing research for early detection, treatments, and cure of Pancreatic Cancer. All donations are applauded! Come make a difference in the fight against Pancreatic Cancer while enjoying Indian Ridge's beautiful golf course.