La Lumiere Class of 2014 Touted as “Players, Not Spectators” 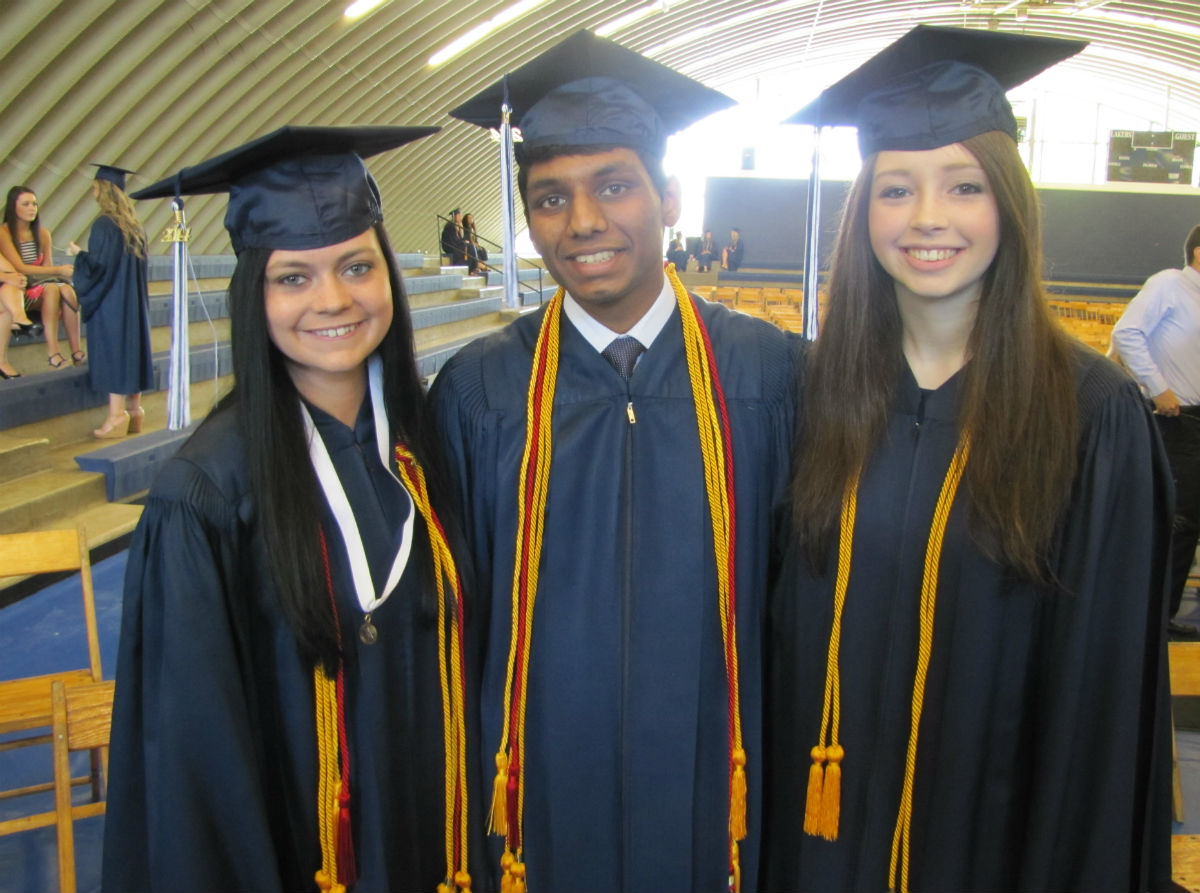 The 54 graduates of La Lumiere School’s Class of 2014 will attend 37 colleges across 14 states, accumulating more than $6 million in scholarships.

But while they will be spread throughout the world next year, all have taken the leap from being spectators to players, said Cormac Gahan, Head Prefect of the Class of 2014 at Friday’s commencement ceremony at the Marsch Gymnasium.

“La Lumiere creates an opportunity seldom offered: to be players, and not spectators,” he said during his address. “The Class of 2014 has taken full advantage of that, growing spiritually, intellectually and as people.”

The South Haven, Michigan native pointed out that “a lot has happened in four years.”

“Four years ago, we did not have many of the programs we do now, no nationally prominent sports teams or an academic decathlon team or two science olympiad teams like we do now,” he said. "It happened because each of you are players and not spectators.”

This year’s graduating class included students hailing from five states and four nations outside of the United States. They were given a farewell by Rev. Edward A. Malloy, president emeritus at the University of Notre Dame.

Malloy, the former president at Notre Dame who still serves as a full professor in the University’s theology department, relayed the stories of three of his most inspiring students: one a young lady who was born in Cambodia and survived “a horrible set of circumstances” once a dictator took control of her country but was able to escape to Thailand; another about a Columbian student who was born without legs or arms, but through his “energy and enthusiasm” was able to get a prosthesis while in the United States and now works for the San Diego Padres, and a third about a swimmer who suffered severe injuries in a vehicle accident only to swim and coach again.

“They are all my heroes,” Malloy said.

Malloy urged graduates to move outside their “comfortable network of friends” while in college and “engage in some dynamic interaction.”

“The next stage will help you build on what you learned here at La Lumiere,” he said. “Find an opportunity to get friends for a lifetime that reinforce you and support you.”

Headmaster Michael Kennedy said that as the school celebrates a half-century, it’s important to “take stock in what we are.”

“La Lumiere has never been better,” he said.