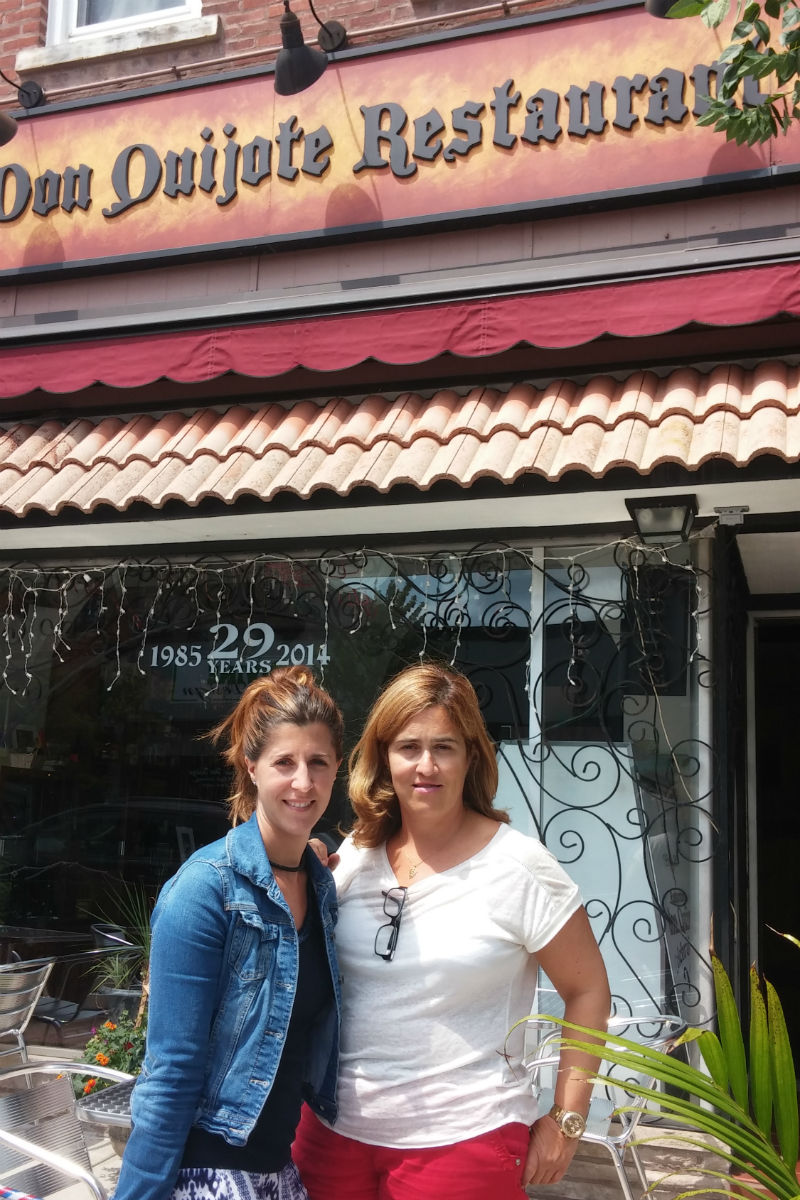 At Don Quijote Restaurante and Imports, Chef Carlos Rivera, his wife are all about introducing Spanish culture to America and vice versa. Recently, they played host and hostess to two lovely ladies who are natives of Spain. Nuria Soret and Conchi Lafraya came over to America for different reasons, but enjoyed themselves equally.

"My cousin was studying here 10 years ago and he enjoyed this town a lot," Soret said. "I wanted to study English here and he introduced my to Valparaiso University."

Soret is currently taking part is a program at Valparaiso University where she is learning English through their INTERLINK program. She is a teacher back in Pamplona, Spain and the educators there are required to teach English to their students.

For those who are unaware, Pamplona is the town where the famous Running of the Bulls takes place. This is part of the eight-day festival of Sanfermines in honor of Saint Fermin. Soret has participated in the festival for years, not actually running with the bulls, but in other ways. Either way it's still cool.

Soret says her favorite part about coming to America is the people. And she loves the city of Chicago... but who doesn't love Chicago?

Lafraya is Soret's cousin and a friend of Chef Carlos and his family. She came for a friendly visit. Soret translated her answers to me as a way to practice her English.

"For us it's interesting to travel to different countries," Lafraya said. "Especially to America."

This isn't Lafraya's first time to the U.S. She's been here about seven times already. Some of the trips were for pleasure and some were for business. Lafraya is a journalist in Spain and she works for one of the top newspapers in her country. She has come to America on high profile work assignments, one example being to report on when President Obama was newly elected.

For 17 years, Lafraya has been in the journalism field. She has a Master's degree in Economics and a Bachelor's degree in Journalism, and she writes for the third largest newspaper in Spain. It was pretty neat meeting someone who does what you do in a different part of the world.

It was neat to meet both of these ladies. It's wonderful to see the mixing of cultures at Don Quijote Restaurante and Imports in more than just the delicious food.