Do These 5 Things Cause Cancer? 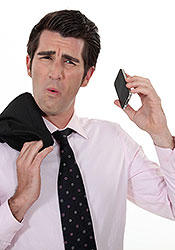 From pesticides to power lines, we’re frequently exposed to things that people have claimed cause cancer. But do they really?

In 2012, the American Institute for Cancer Research predicted the number of cancer cases in the United States would increase 55 percent by 2030. In 2014, the World Health Organization made an equally alarming prediction: worldwide rates of cancer would rise from 14 million to 22 million within two decades. While we often read about the hereditary and lifestyle factors that contribute to cancer, environmental factors are often poorly understood. Here’s what current research has to say about five of the most commonly alleged cancer-causers in our environment.

The Evidence: Bisphenol A, better known as BPA, is a chemical used in commercial plastics. Foods and drinks packaged in aluminum cans and some plastics labeled “#7” may contain BPA that has leached from the packaging. Studies have linked in utero exposure to BPA with cancer development in rodents, and some studies have found the same to be true in human studies. For instance, researchers at the University of Illinois at Chicago concluded that fetal exposure to BPA increased the risk of developing prostate cancer later in life. A recent University of Texas Arlington study found that BPA exposure may promote the growth of existing breast tumors.

The Verdict: Given the links between BPA exposure and cancer in these studies, it’s best to avoid the chemical when you can.

The Evidence: A landmark study performed in France between 2004 and 2006 first raised the alarm regarding cellphone use and cancer risk. The study, called CERENAT, found that heavy mobile phone use was associated with a higher incidence of brain tumors known as gliomas. What’s the link? Cellphones and other wireless electronic devices emit radiofrequency waves, a form of low-energy radiation.

The Verdict: The International Agency for Research on Cancer has classified cellphone use and radiofrequency waves as “possibly carcinogenic to humans.” While a definitive link between cellphones and cancer hasn’t been established, use a hands-free device when making calls or text—rather than talk—as much as possible.

The Evidence: Many studies have established a link between occupational exposure to pesticides and cancer risk, but research is scarce concerning the general population. Most of us are exposed to negligible amounts of pesticide through food and household bug sprays and weed killers. One study published in 2014 found no link between household pesticide exposure and breast cancer. However, those living in farming communities where large quantities of pesticide are used are more exposed than the general population. A recent study found that residents of these high-pesticide-use communities have a statistically higher risk of developing various types of cancer.

The Verdict: Unless you work with pesticides or live in high-pesticide-use areas, pesticide exposure is unlikely to affect your overall cancer risk.

The Evidence: Fears of cancer from power lines have persisted since the late 1970s, when a study came out linking residential proximity to power lines with increased rates of childhood leukemia. However, as the National Cancer Institute notes, most subsequent studies have not supported this finding. Some experts concede that living directly under a high-voltage power line might as much as double a child’s likelihood of developing leukemia, but the likelihood is still extremely small. In 2013, researchers studying a possible link between high-voltage power lines and cancer in adults concluded no such link exists.

The Verdict: While it’s possible living directly under or next to power lines increases a child’s risk of cancer, this won’t be an issue for the vast majority of households, and current research doesn’t justify the effort of moving further away from power lines.

The Evidence: Smart meters are meters attached to your home electricity, gas and water lines that automatically transmit usage data to the utility company. As with cellphones, this information is transmitted wirelessly through radiofrequency waves. Though no research has been conducted to assess the link between smart meters and cancer, it’s possible that radiofrequency waves from your home’s smart meter can increase your lifetime cancer risk. However, the impact would be very small—much smaller than that of other household wireless devices. According to the American Cancer Society, a smart meter is only active about 1 percent of the time—less than 15 minutes a day.

The Verdict: Compared to other sources of radiofrequency waves that are inside the house, smart meters—which are outside the house and only intermittently active—have a very low probability of causing any DNA damage that might lead to cancer.

To minimize your exposure to BPA, remove these items from your house. Instead of sipping from plastic water bottles at the gym, bring a reusable glass or stainless steel bottle with you. Store food in glass or ceramic containers and eat fresh or frozen, not canned, foods. Purchase soups and stocks in cartons, which don’t contain any BPA.